Thirty thousand fans headed to Ibrox on Saturday afternoon but for once they weren’t there to cheer on the Gers in the SPL.

Supporters watched on as Liverpool Legends beat Rangers Legends 3-2 in an exhibition match to raise money for the charity foundations of both clubs.

Fans were treated to Steven Gerrard rolling back the years as he turned out for both teams, Jamie Carragher treating the match like a Champions League final and Kris Boyd stalking the six-yard box like he did in his heyday.

Sportsmail runs through five things we learned from the match…

Steven Gerrard has still got it

It may only have been a charity match, but Steven Gerrard showed he has lost none of his ability or desire to win.

Before kick-off, Gerrard jokingly asked a couple of children in Rangers kits: ‘Are you supporting Liverpool today?’

Light-hearted boo’s rang around Ibrox as Gerrard shone in the red of Liverpool, but they soon turned to cheers when he pulled on the blue of Rangers in the second half. 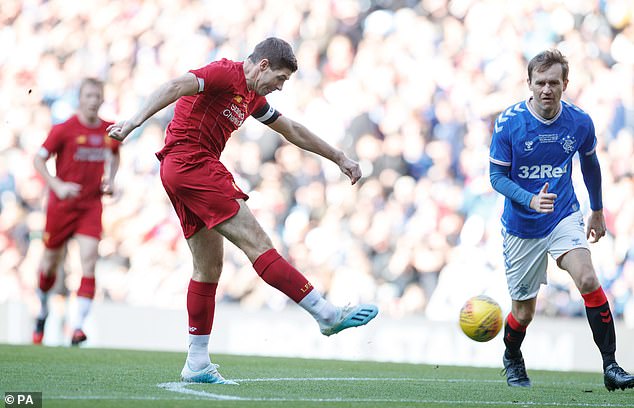 Despite missing a penalty early on, Kris Boyd showed he has lost none of his goalscoring instincts with a goal minutes later.

The 36-year-old turned a defender in the box and calmly slid the ball into the corner to make it 2-1 to Rangers Legends.

Throughout the match, Boyd lurked on the edge of the box waiting to run onto through balls and stalked the six-yard box in search of more goals.

The leading scorer in Scottish Premier League history only retired at the end of last season after a final spell at Kilmarnock. 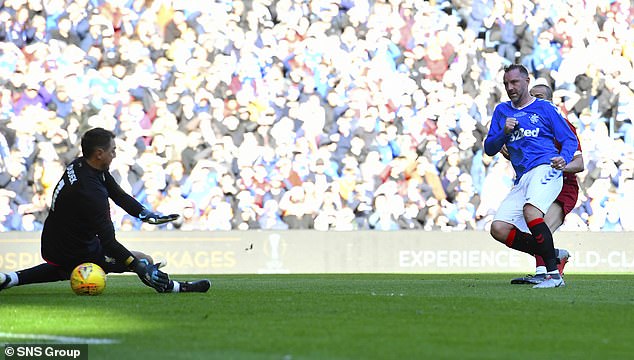 Despite it only being a charity match, Liverpool defenders Jamie Carragher and Glen Johnson were desperate to keep a clean sheet.

Carragher put in some good tackles and was quick to show his displeasure each time his side conceded.

He also showed his famed leadership qualities by providing a vocal presence as he marshalled the backline and vented his frustration at his team-mates.

Johnson was also putting in the tackles and looked crestfallen when his mistake led to Rangers winger Peter Lovenkrands scoring. 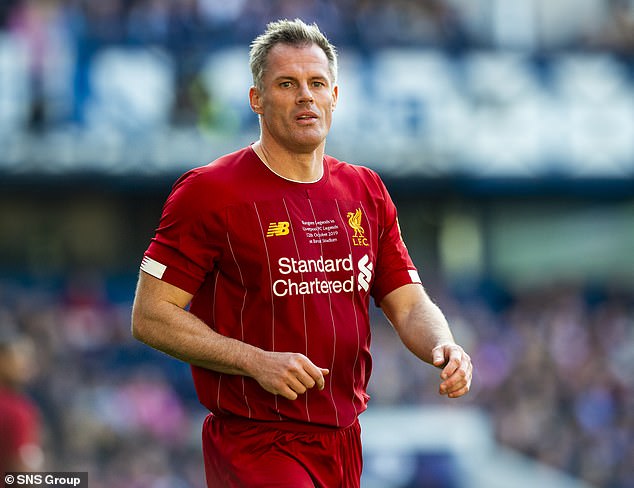 The playful boos of the home fans towards Gerrard in the first half disappeared as he pulled on the blue of Rangers in the second half.

With 10 minutes left, Gerrard swapped sides and was greeted with the loudest cheer of the afternoon as he ran onto the pitch.

Since being appointed Rangers manager in May 2018, fans have clearly taken to the Liverpudlian.

Rangers’ rich vein of form on the pitch, which sees the club sat top of the SPL table, has seen Gerrard become a cult figure at Ibrox. 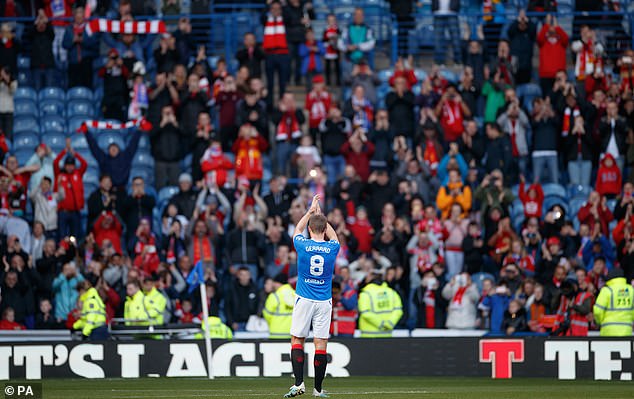 Charity is the winner

Both sets of players were desperate to win but the game had a more noble purpose – raising money for charity.

Over 30,000 fans turned out at Ibrox in a bid to raise money in aid of the Rangers Charity Foundation and the LFC Foundation.

It was a real family day out, with children accompanied by parents in all sections of the stadium. 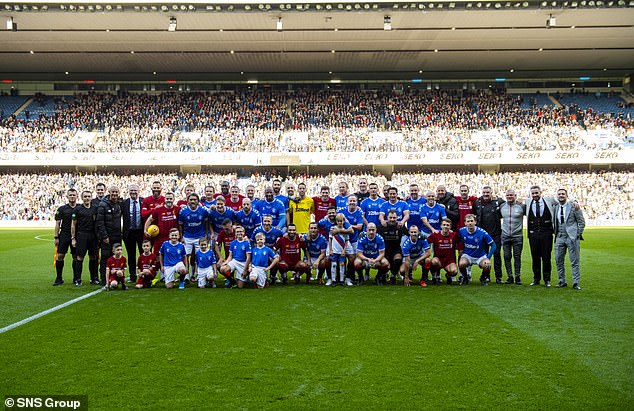