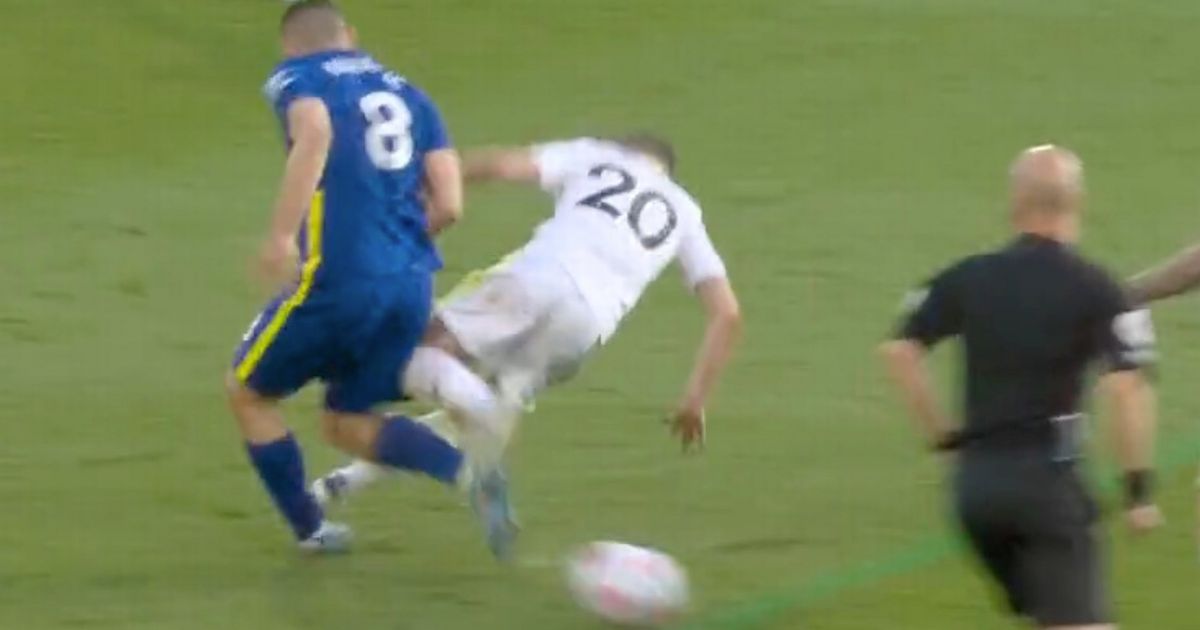 Football fans have come together to slate Dan James' wreckless horror tackle, as Leeds United were once again reduced to 10 men.

After seeing club captain Luke Ayling dismissed at the Emirates, James, 24, was shown a straight red card for flying into Chelsea star Mateo Kovacic with an almost identical challenge. It was an awful tackle from the Welsh international with replays clearly showing his studs bashing Kovacic above his ankle.

Referee Anthony Taylor was quick to reach for his top pocket and send the Whites winger for an early bath and, despite protests from Jesse Marsch and the Leeds faithful, the decision was upheld after a quick VAR check.

"That’s an absolute shocker of a tackle, could have easily played the ball, he’s purposely gone over the top of the ball," commented one enraged fan on social media. "That’s a red. Simple. You can follow through without your studs up and that high," said another.

A third commented: "That 'tackle' sums up Leeds for me." While one fan was seemingly already celebrating Leeds' relegation back to the Championship: "Horrendous discipline two weeks in a row. Sums them up."

HAVE YOUR SAY! Did Dan James deserve to be sent off? Let us know in the comments section.

"Dan James had no reason to make such a strong challenge in that area of the pitch. It's a terrible-looking challenge. There's no need to make that tackle. You have to keep your emotions in check. It's indefensible."

Homegrown star Kalvin Phillips was also booked in the opening 45 minutes at Elland Road meaning Leeds have now surpassed Sunderland for the most cards picked up in a Premier League season. The Whites currently stand on 100 for the campaign with two matches remaining.