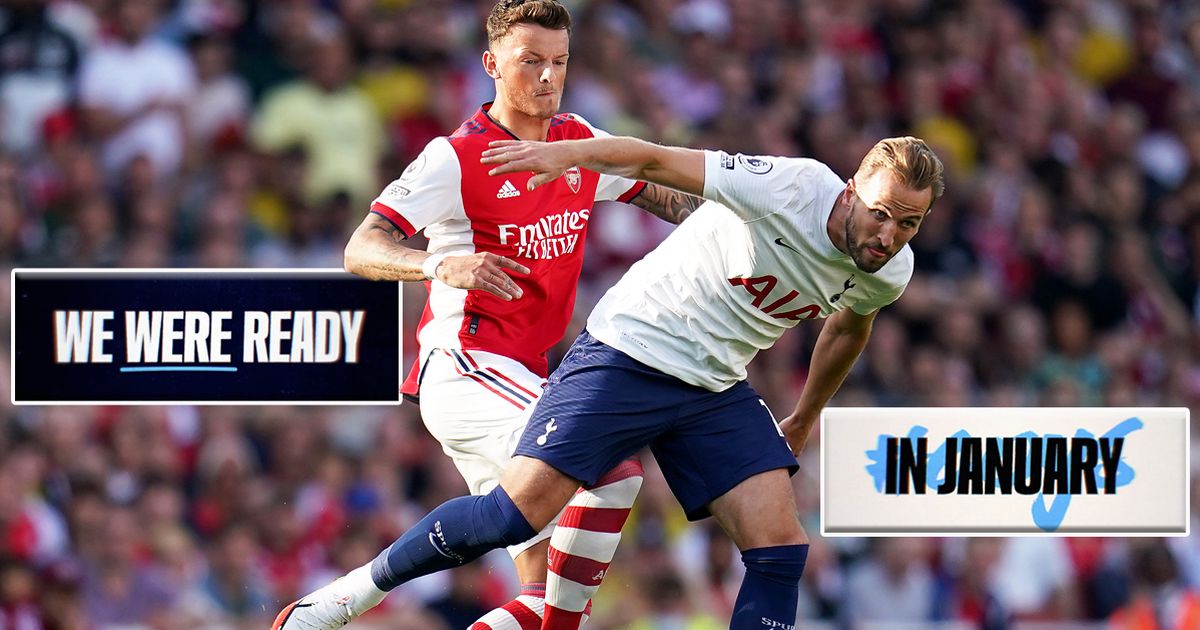 The fierce rivals are set to lock horns at the Tottenham Hotspur Stadium on Thursday evening (May 12th) with the added incentive of a place in next season's Champions League on the line. The latest instalment of the north London derby was scheduled to take place in January but was called off following an appeal to the Premier League by the Gunners.

Already smitten with injuries and players away on international duty for the Africa Cup of Nations, Arsenal were accused of "running scared" when they pleaded for the game to be postponed on the ground of Martin Odegaard contracting coronavirus. However, to the fury of Spurs fans, the appeal was successful.

The decision is yet to be forgotten – and forgiven – by Tottenham supporters who seem fully ready for tonight's crunch encounter. "Every Gunner is a Runner! Can’t wait, the first NLD with full capacity at NouWHL, most important in years also. Big atmosphere and performance needed," replied one fan.

"Unreal promo vid, especially the dig at them," harked a second. A Tottenham-supporting flag account replied: "Yes, we were ready" alongside a photo of a banner emblazoned with "COVID CHEATS. EVERY GUNNER IS A RUNNER."

HAVE YOUR SAY! Is Tottenham's promo video brilliant or embarrassing? Let us know in the comments section.

However, football fans have been left baffled by the constant reminder by Tottenham that Arsenal requested to have the north London derby postponed – especially when considering that Spurs crashed out of the Europa Conference League for failing to show up against Rennes.

"Pathetic, small club who have been pushing a false narrative for months, despite benefitting from postponements themselves right after Conte took over," blasted one supporter.

While another stated: "They did a video too?? At least it's just random Arsenal fans doing promo videos and not the club's official account, this is very embarrassing."

Four-point behind their north London rivals, Antonio Conte's side know anything but a win is almost certain to grant Arsenal a spot in Europe's most elite competition next season.