Football fans took to Twitter on Monday night to bemoan the state of the Wembley pitch during Manchester City’s 1-0 win over Tottenham.

The game took place just a day after Wembley had hosted an NFL match between the Jacksonville Jaguars and the Philadelphia Eagles.

Not only was the turf badly worn as a result, but American Football pitch markings were left on ground, while the NFL logo decorated the centre circle in what was a strange sight for a Premier League game. 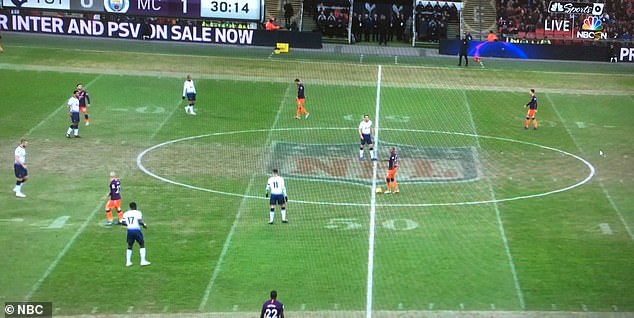 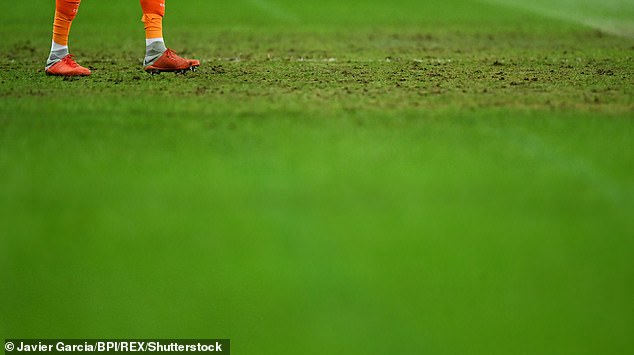 One observer tweeted: ‘Can’t believe I am watching an English football game with an NFL logo on the pitch. Disgraceful’.

Another wrote: ‘The FA should fine themselves for the condition of the Wembley pitch, it was terrible.’

Liverpool fan Firhan Malik added: ‘The state of the #Wembley pitch is awful. This is supposed to be the home of football, instead the FA are selling out to make a few extra quid from the nfl.’

And comedian Rob Beckett twisted the knife by writing: ‘I absolutely love it that Tottenham fans have to travel to an empty Wembley to watch their team get battered on a Monday night on an NFL pitch.’

There were also multiple calls for Spurs to be docked points, after failing to get their new stadium built on schedule and having to rearrange this fixture only for it to be played on a substandard surface.

One tweet read: ‘Spurs should be docked points for all the hassle they’ve caused this season with the stadium and now this, it’s the premiership FFS.

‘It was the pitch that punished you guys in the end though. Your man Lamela could have scored if the pitch was in better condition’.

Another quipped: ‘What a f****** joke Tottenham are. Should be deducted 100 points for that disgrace of a pitch ffs.’ 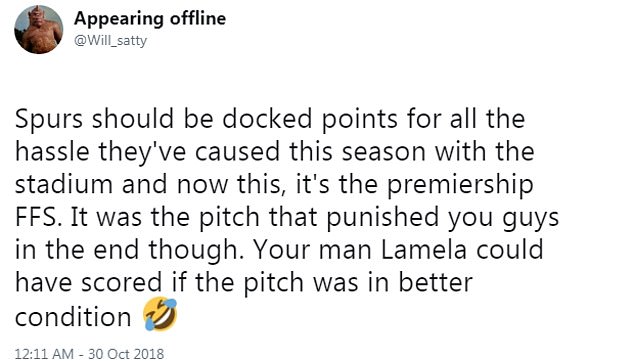 It wasn’t just fans who were unimpressed with the pitch. City boss Pep Guardiola and Spurs manager Mauricio Pochettino both expressed their frustration too.

‘To play a football game in that pitch is not easy,’ said Guardiola. ‘That’s why there were many ­mistakes that usually should not happen.’

One such mistake saw Erik Lamela miss a golden chance to equalise for Spurs in the second half when the ball bobbled just before he hit it.

Pochettino told Sky Sports: ‘I saw the ball going towards Lamela and I thought goal.

‘But watching the replay of the action, the ball bounced just before it reached the boot of Lamela and that is why he missed the chance.’ 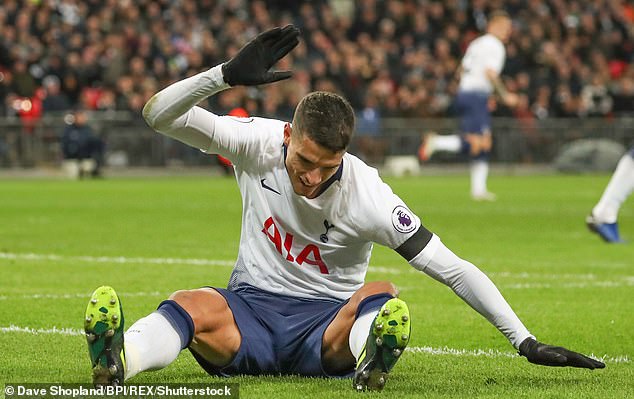 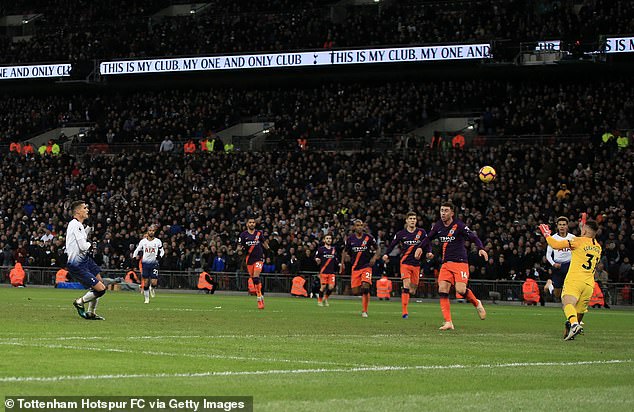 Spurs’ shambles of a stadium move now embarrassing the Premier League on a global stage. Farcical scenes tonight during what should have been one of the games of the season. No idea how they haven’t been hit with some sort of punishment yet.

That pitch is shocking. Looks totally crap. Tottenham have a lot to answer for in the handling of there stadium build. What a joke. #shocker

Monday night football on a NFL pitch. Did I tune in to the right channel? #TOTMCI

Just seen the pitch for the game last night at Wembley… pic.twitter.com/YeW338pI24