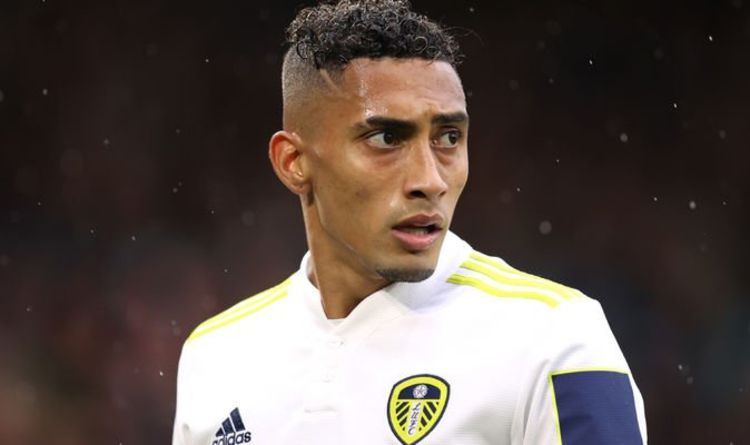 Liverpool’s Fabinho has sent Jurgen Klopp a message by endorsing the signing of Leeds United winger Raphinha after watching him produce some stellar recent performances for Brazil and in the Premier League.

The winger, 24, joined Leeds in a £18million move last summer, and scored six goals in 30 league games as the Whites secured a ninth-placed finish.

The Yorkshire-based side aren’t doing as well this season, but that hasn’t stopped Raphinha shining with three goals already in just seven matches.

It was rumoured that he came close to a move to Liverpool last summer, although a deal never came to fruition.

And Fabinho has sent a message to Liverpool chiefs that even though the move hasn’t happened yet, he would love a deal to be made between the two clubs.

“Raphinha, since he arrived in the Premier League, has been performing and standing out very well at Leeds,” Fabinho said.

“Even in the summer transfer market there was some talk that he could go to Liverpool, I even expected that to happen, but he stayed at Leeds.

“Today he is the best player in Leeds. Whenever a team is going to play against them, they know that Raphinha is the player who can cause the most danger.”

It is a fair assumption from the Liverpool stalwart, as Raphinha is one of only four Leeds players to have started all seven Premier League games and is their top scorer.

It was those performances that earned him his full debut for Brazil in this recent international break.

And Fabinho praised him for his hard work, talent and performances for the Selecao.

He continued: “After his first call-up, he started very well in both games, he made an impact against Venezuela, he played a part in the three goals. Against Colombia, he came in and played very well.

“The attributes he has are very unique. A left-handed player who can go either way.

“This is very important for our team. Against Colombia he made the best plays of our team and he can help us a lot.”

Leeds are languishing in 16th in this season’s Premier League, and only picked up their first win against Watford two weeks ago.

But with Raphinha’s continued good form, survival should be an easy feat for Marcelo Bielsa’s men.