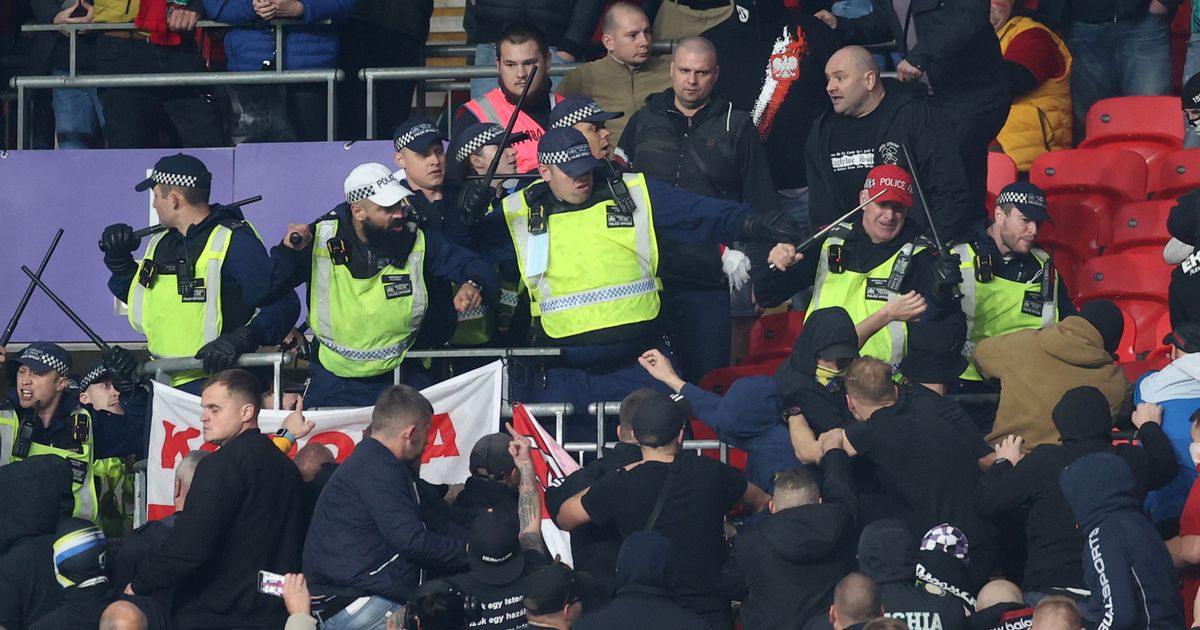 FA bosses fear the latest violent scenes at Wembley have done more damage to their bid to host the 2030 World Cup.

Travelling fans clashed with riot police in the stands and on the concourse minutes after England's World Cup qualifier with Hungary had kicked off.

To make matters worse Hungarian supporters let off a flare smuggled into the stadium after the visitors took a first half lead, which is expected to see the FA hit with a FIFA charge of failing to control the crowd.

The trouble comes just three months after horrific violence ruined England's showpiece clash with Italy in the final of Euro 2020.

Ticketless home fans fuelled up on drugs and alcohol stormed the stadium before kick off and were involved in running battles with police and stewards, leading to a UEFA investigation.

The FA want to stage the World Cup in nine years time, but are still waiting to discover what sanctions they face following the events of July and know this week's violence will be another huge setback to their chances of winning the bid.

FIFA have condemned the trouble which overshadowed the 1-1 draw and launched an investigation.

They will meet next week to discuss what punishment to impose on both the English and Hungarian FAs.

Violent scenes also disrupted Albania's 1-0 defeat to Poland in Tirana, with the game being suspended after bottles and other missiles were thrown onto the pitch.

"FIFA strongly condemns the incidents at England v Hungary and Albania v Poland and would like to state that its position remains firm and resolute in rejecting any form of violence as well as any form of discrimination or abuse.

"FIFA has a very clear zero-tolerance stance against such abhorrent behaviour in football."