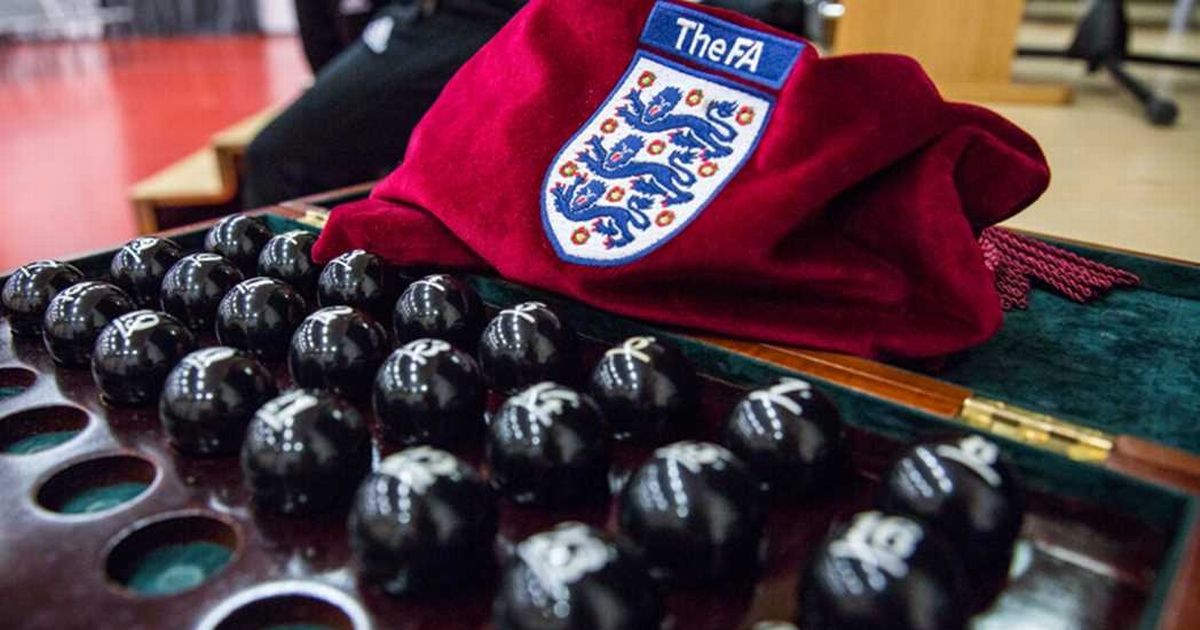 For the first time ever, there will be a double helping of FA Cup draws tonight.

Both the fourth and fifth round ties are going to be decided, to help with the restrictions placed on the country due to coronavirus.

With the draw for the fifth round being done in advance, it will provide clubs with even more time to get themselves set for fixtures, given the added protocol that comes with football at present.

All of the country's biggest sides are still in the draw, which means Chorley, the sixth tier team who are the lowest-ranked still in the competition, could end up facing someone like Manchester United or Liverpool.

TV channel and start time: The draw is being broadcast on BBC One and BT Sport 1. It is set to start at 7:10pm.

Magic of the cup

The third round conjured up a few classic FA Cup upsets, with Crawley’s 3-0 thrashing of Leeds the competition’s greatest David vs Goliath story for many a year.

The League Two outfit made it look easy against Marcelo Bielsa’s Premier League side – and they even had time to give former TOWIE star Mark Wright a brief cameo in stoppage time.

Their League Two colleagues Blackpool also triumphed against another crestfallen top-flight team, getting the better of West Brom on penalties after a 2-2 draw in normal and extra-time.

And non-league club Chorley ran out 2-0 winners in their clash with Derby, who were forced to field their academy stars due to a Covid-19 outbreak amongst first-team stars.

How can I watch the draw?

You can watch tonight’s draws unfold either on BBC 2 or BT Sport 1 and BT Sport 1 HD.

The fourth round draw is due to get underway soon after 7pm, with the fifth round draw to come straight after.

Reshmin Chowdhury is presenting the event, while Premier League hero Peter Crouch will be drawing out the balls.

What are the ball numbers?

The all-important ball numbers have been confirmed ahead of tonight’s double draw, with 32 of them in the pot to represent 34 clubs.

That’s because two third-round ties are still yet to be decided (Stockport vs West Ham and Southampton vs Shrewsbury).

It’s a double dose of FA Cup draw this evening as both the fourth and fifth round draws are complete.

Big dogs like Liverpool, Arsenal and Manchester United could face off against the likes of Chorley, Crawley Town or Cheltenham Town.

And with the fifth round draw being done too, to allow added planning time given current coronavirus protocol, it could offer even more mouthwatering eventualities.

So, sit back, relax and enjoy the draw right here with us!