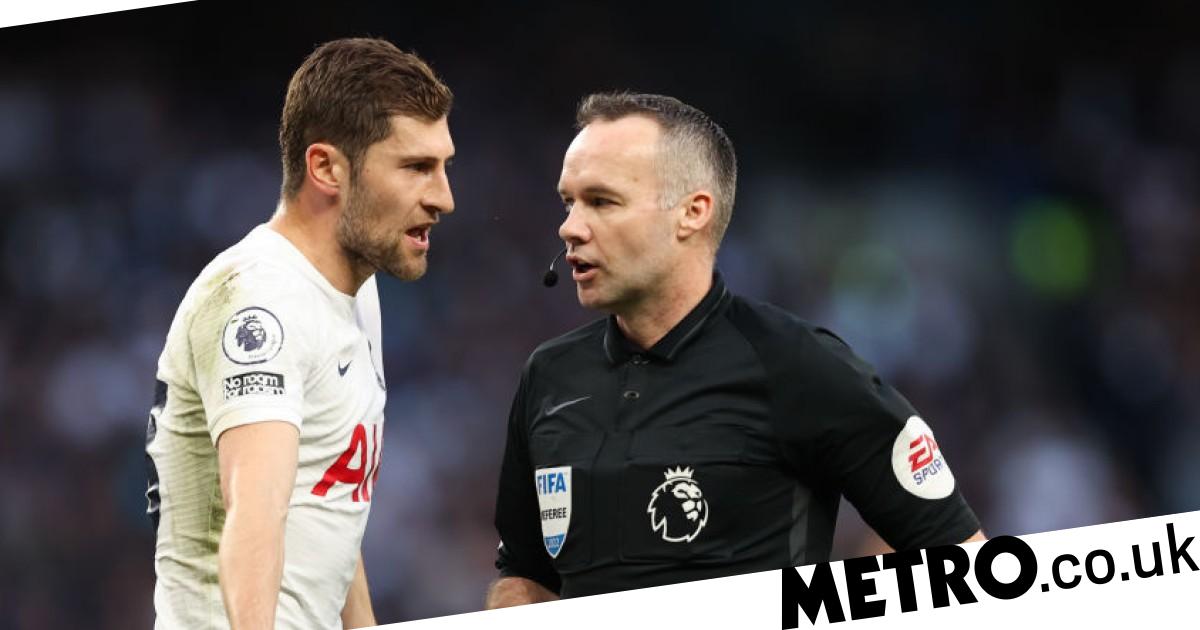 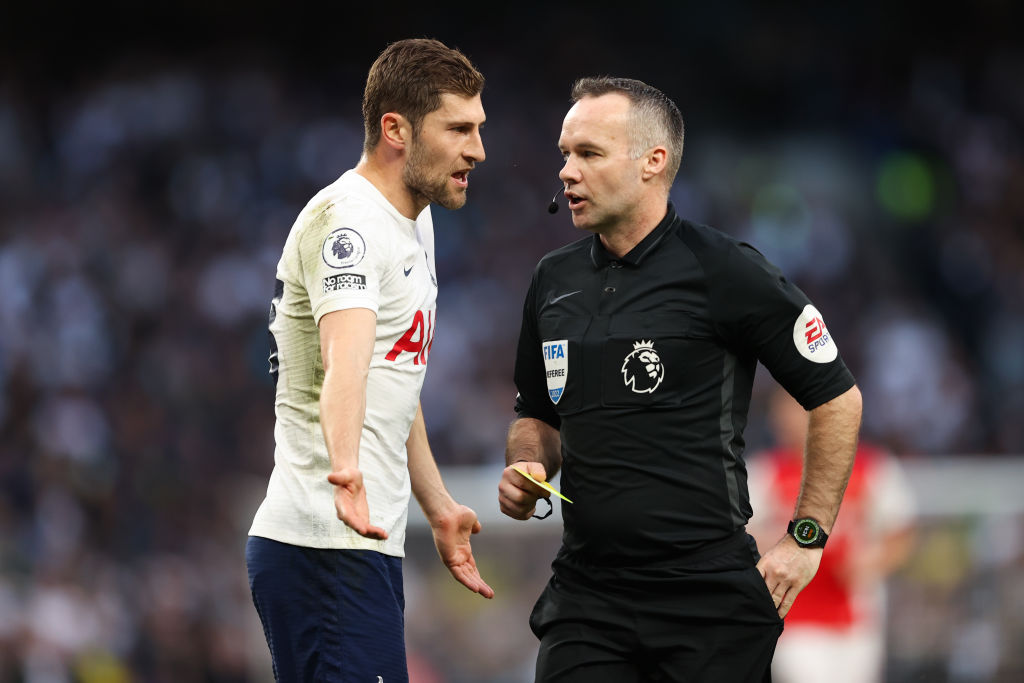 Spurs dominated a largely one-sided contest and ultimately coasted to a 3-0 win over their fiercest rivals, gaining three points which prevented the Gunners from wrapping up fourth place.

Antonio Conte’s side, however, were given a helping hand when Tierney penalised Cedric Soares midway through the opening period for nudging Son Heung-min in the back when the Spurs forward appeared destined to make contact with Dejan Kulusevski’s cross.

Spurs never looked back from the moment Harry Kane converted the penalty with customary aplomb, but Clattenburg insisted he would not have pointed to the spot had he been officiating.

He told the Daily Mail: ‘This was a defining decision in a match with so much riding on the result and I’m not sure I would have given this. Technically, Paul Tierney wasn’t wrong.

‘We were shown a replay of what the referee could see from behind and it looked like a nudge in the back from Cedric Soares on Son Heung-min.

‘But if we’re going to give this as a penalty, I could find plenty of other examples when the same ‘foul’ has occurred in the box in other games.

‘The inconsistency is frustrating because when this happens next week in another Premier League game, will it be given? Maybe. Maybe not. Unfortunately for Arsenal, Tierney considered it a clear foul and Harry Kane said thank you very much.’

Clattenburg had no qualms, however, with Tierney’s decision to give Rob Holding his marching orders after the the Arsenal centre-half committed a reckless challenge on Son, just seven minutes after he had picked up a yellow card for a foul on the same player.

‘Although referees allow a degree of feistiness in these derbies, Tierney finally lost patience with Holding and booked him for his third foul on Son, this time for pulling back his opponent,’ Clattenburg added.

‘Given he was already on a yellow, it was therefore stupid of Holding to block Son’s run using an elevated arm.

‘Antonio Conte’s teams love making it so that the referee has decisions to make. Holding fell for it hook, line and sinker, and his naivety sank Arsenal.’