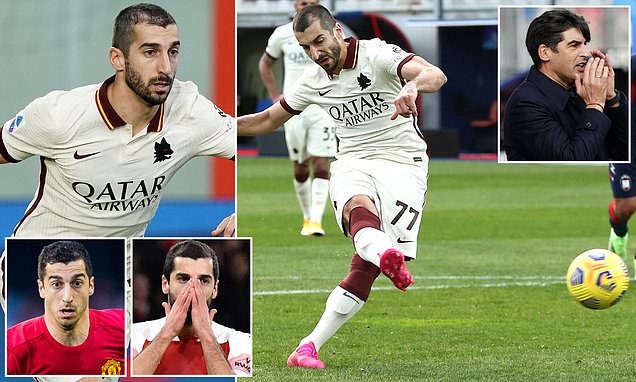 Henrikh Mkhitaryan is a player reborn as he leads Roma’s scoring charts, pulls the strings and looks like the dynamo who dazzled at Dortmund… he was simply a bad fit for for the Premier League when he flopped at Arsenal and Manchester United

It should have been a match made in heaven – Henrikh Mkhitaryan and the Premier League. A talented playmaker pulling the strings for some of the top forwards in world football, what could go wrong?

The Armenian left Borussia Dortmund for UK shores in 2016 and turned up at Manchester United with the reputation as one of Europe’s greatest playmakers off the back of a season that saw him rack up double figures in goals and assists.

More than four troubling years later, Mkhitaryan is finally starting to clear his name after being labelled a flop following his failed spells at Old Trafford and Arsenal. Now 31 and reborn with Roma, he’s rediscovered his mojo. 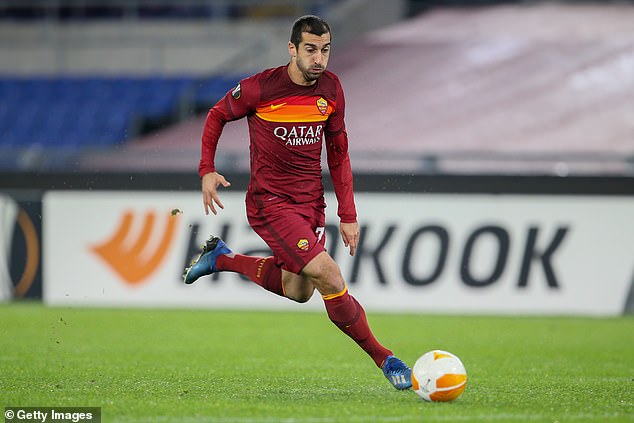 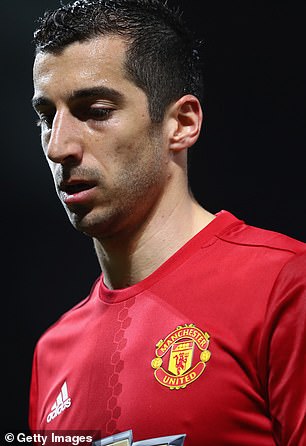 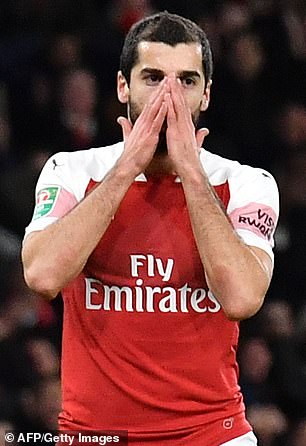 After a damaging two years at the Emirates left his confidence on the floor, Mkhitaryan is now pulling the strings and joins some esteemed company at the top of the creativity charts across the top five leagues in Europe.

With eight goals and seven assists under Paulo Fonseca this season, Mhkitaryan is slowly staking a claim as one of Europe’s best midfielders – at least from a statistical point of view, anyway.

Manchester United playmaker Bruno Fernandes leads the way with 18 goal involvements this season, but Mkhitaryan isn’t far behind with 15. Most pundits would rate Manchester City’s Kevin De Bruyne as the best creative outlet in world football, but the Belgian is lagging behind the Roma man with 11 involvements. 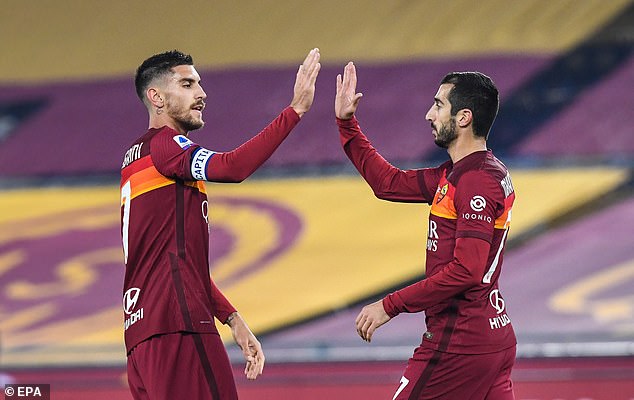 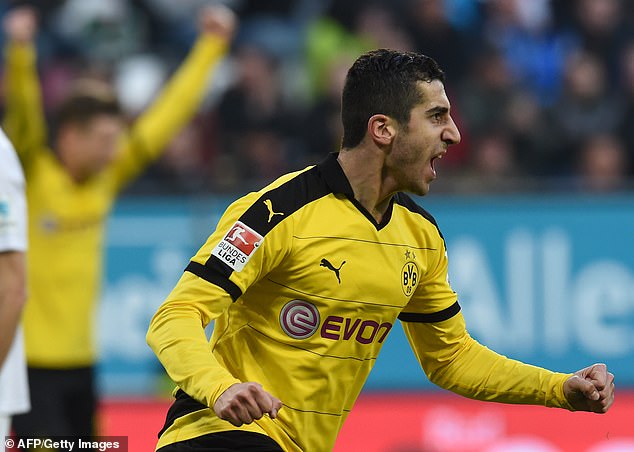 An electric spell of form has seen Mkhitaryan score three and assist three in his last six games, a run that has taken Roma into the top three and helped them push the likes of AC Milan, Inter and Juventus in the title race.

His last game was a starring role in a 3-1 win over Crotone – he assisted Borja Mayoral’s opener and added a third from the penalty spot before half-time.

At Roma, Fonseca has given him more creative freedom in his 3-4-3 set-up. Mkhitaryan sits just behind the forward alongside Lorenzo Pellegrini and has formed a great understanding with frontman Edin Dzeko – who he has outscored. 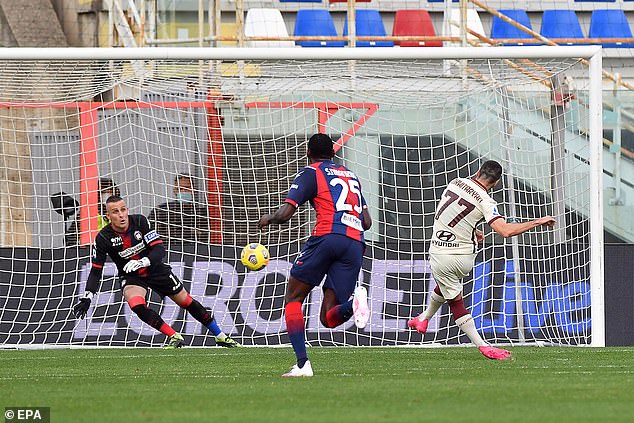 In fact, he’s Roma’s top scorer overall as well as their top assist provider. If Roma are set to be serious contenders to win their first Scudetto in 20 years, Mkhitaryan will be crucial – and Fonseca deserves huge credit for that.

With a player like Mkhitaryan, getting the best out of him is key because once he starts ticking – the whole team does. He certainly seems to prefer playing centrally after being shafted out to the wing at United and Arsenal.

He’s made himself feel at home in the Italian capital – showing signs of promise on loan last season with nine goals and five assists before the club turned the move permanent. He’s already bettered his total with half the season still to be played.

It’s his ability to pick out a pass from nothing and his X-ray vision in midfield that stands out the most, leading Fonseca to describe him as ‘one of the smartest players I’ve ever trained’. 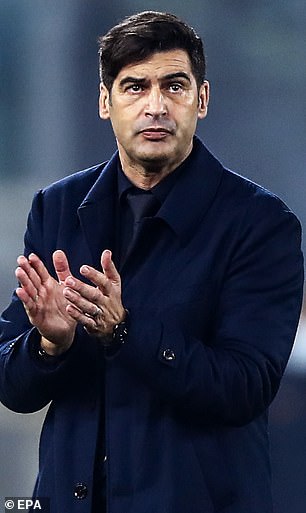 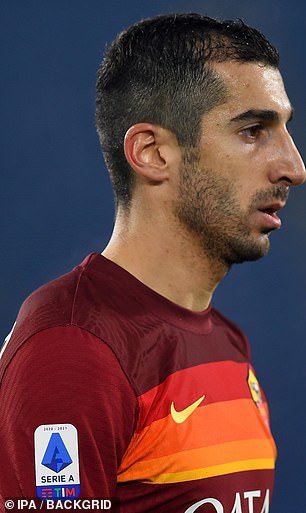 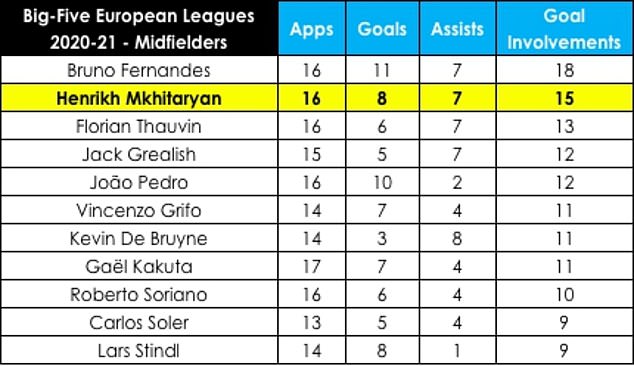 ‘Mkhitaryan is a really clever footballer, a great professional, he can cover a few different positions and he has the perfect attitude. So it hasn’t surprised me the way he’s been able to perform,’ he said after 3-0 win over Parma in November.

‘He is very smart, one of the smartest I’ve ever trained. He knows how to find spaces like few others.’

Mkhitaryan will take no pleasure from watching his old side Arsenal struggle this season, but it’s peculiar that a player with his talent couldn’t lift them to greater heights.

Arsenal have sorely needed an outlet like Mkhitaryan this season after Mikel Arteta left Mesut Ozil out of his squads. That lack of sparkle saw the Gunners plunging into bottom of the table this season although there has been a mini-revival recently. 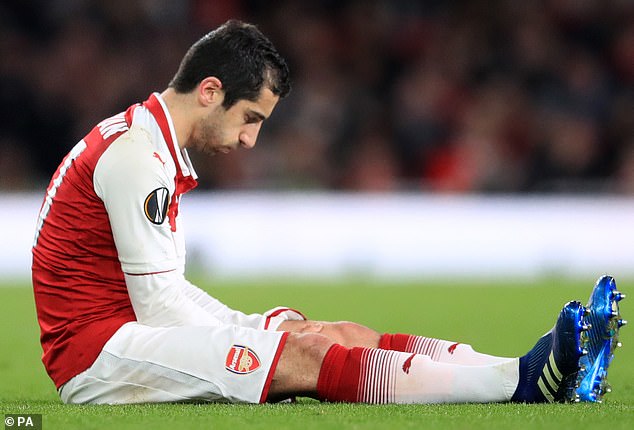 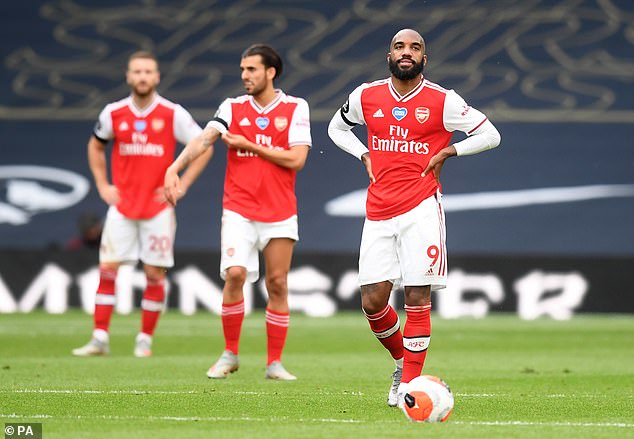 While young midfielder Emile Smith Rowe has stepped up to spark a revival, it’s a crying shame that Arsenal didn’t better utilise the prowess of Mkhitaryan. When he left United for north London in 2018, fans immediately began to drool over the prospect of him linking up with new signing Pierre-Emerick Aubemayang.

The pair had a nearly telepathic understanding from their time at Dortmund but their reunion at the Emirates didn’t have the same effect. Mkhitaryan got off to a flying start at Arsenal – assisting four in his first four games – but he fell flat soon after.

He fared better in his second term – scoring six and laying on four – but quickly fell out of favour with boss Unai Emery, and was shipped him off to Italy the following year. He showed he could excel in patches – every Man United fan remembers that scorpion kick against Sunderland. Unfortunately, that’s all he’ll be remembered for.

Just like with Aubameyang, he was tipped to be the creative force for Zlatan Ibrahimovic in his first year at Old Trafford but he underwhelmed with six assists across his two seasons. 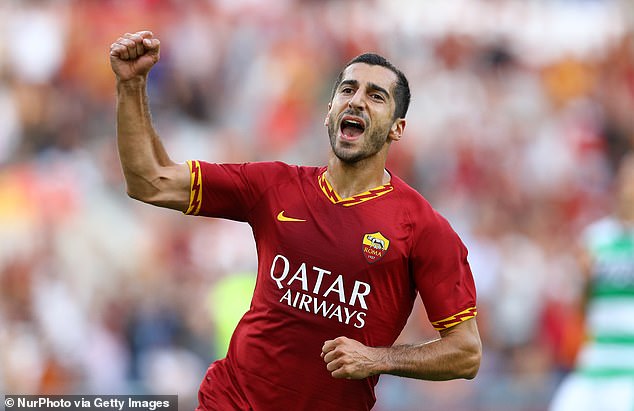 Was it simply that he just wasn’t right for the top flight? That’s a theory the player himself has suggested.

‘I left England – I don’t want to talk about England anymore because I want to be focused on Roma and Italian football,’ he said after joining on an initial loan in 2019.

‘I think maybe I was not fitting so well in English football, so I think a change was good.’

No one will be more disappointed than Mkhitaryan that his true potential wasn’t fulfilled in the Premier League. He endured a tough few years in England but has heeded the lessons of his time here.

Any player can have a bad spell in their career – not every player can bounce back. Four years ago he was earning rave reviews at Dortmund, and thanks to his transformation it’s happening again.