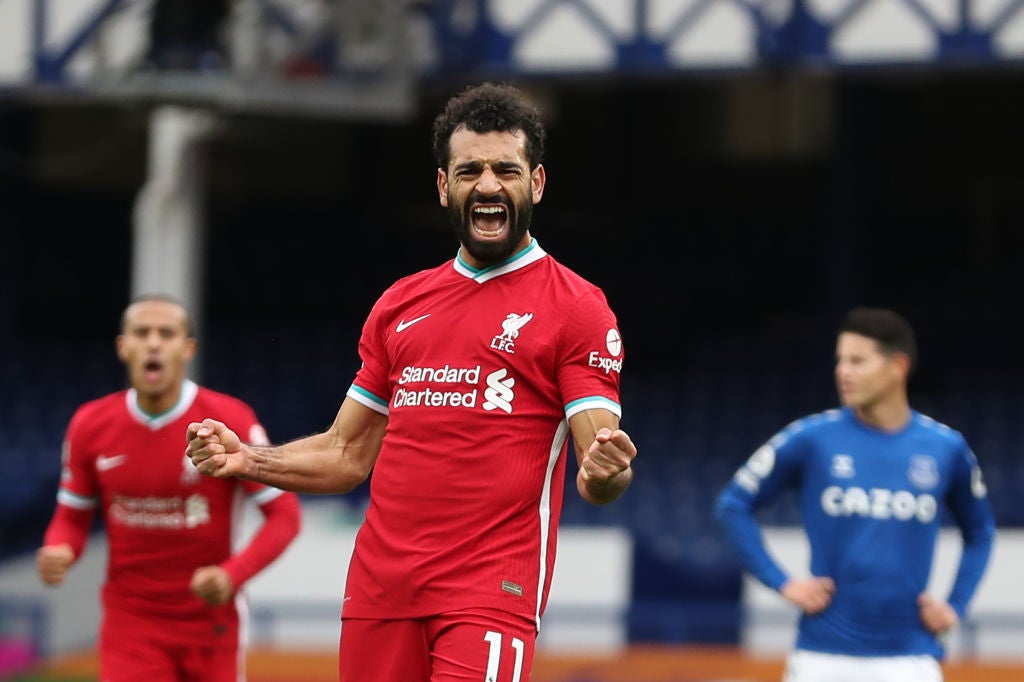 Heading into any given match, there’s already an angle or expectation of what might be key – and often it doesn’t really pan out that way.

It did this time.

The two starting goalkeepers, Jordan Pickford and Adrian, have both been criticised and questioned of late, with several errors made and form being erratic.

Both continued that trend here, with Pickford’s clash with Van Dijk his notable moment of decision-making, while Adrian seemed to actually get smaller rather than taller for Keane’s headed equaliser and clearly lacked confidence in dealing with other high balls.

Pickford did save well from Joel Matip and Salah, but shot-stopping hasn’t been the issue for him so much as concentration and decisions.

The big contentious moment of the first half was that Pickford moment, an awful attempt to tackle or block Virgil van Dijk as the ball fell the way of the Dutchman in the box. The keeper got nowhere near the ball and flattened the Liverpool man with a contact point just below the knee – yet the outcome was an Everton free-kick, for offisde, with no repercussions for Pickford.

VAR certainly looked at the lead-up, and indeed confirmed the offside, but players, analysts and supporters alike were incredulous that Pickford was not dismissed – while ESPN’s Dale Johnson later confirmed that VAR did not check the foul, as they were “too concerned” with the offside.

Speaking on BT Sport, former referee Peter Walton clarified players are “still accountable” after the offside decision and the decision would have come down to the officials essentially deciding if it was red card-worthy or not.

Given the replays available and the wild nature of the lunge, it seems impossible to comprehend how the eventual consensus there was that no, Pickford’s challenge didn’t warrant a red – while Liverpool lost their best defender to injury because of it.

Even more pointedly, Richarlison’s own awful tackle saw him sent-off…after the whistle had gone for a slightly earlier foul by a team-mate.

One notable theme of Liverpool’s recent encounters with Carlo Ancelotti teams has been their lack of ability to control the middle of the park.

His Napoli side constantly had the better of matches in Champions League encounters, even while the Reds were en route to successive finals.

Here, though, the Liverpool midfield had control and the better individuals right from kick-off, dominating play when the home side tried to play through or play out.

It resulted in Everton’s best attacking moments only coming when they went more direct, bypassing the middle third and instead targeting the Reds’ fragile back line.

Van Dijk wasn’t the only one to suffer fitness worries.

Everton lost Seamus Coleman in the first half to injury, an apparent recurrence of his hamstring strain.

Andy Robertson and Allan required treatment after a second-half clash, and both teams are already missing names from their lineup due to issues – notably Mason Holgate and Alisson Becker.

If this is to be a more difficult season for players overall, this is now the start of a first key period where time out and rotation might be more prevalent, with sides in European competition facing seven games between now and the international break just a month away.

Everton went into the match top of the table and with four wins from four, while the Reds had one victory fewer.

The fixture and way in which it was contested and how each side found a new way to step up and change the way they attacked shows they’ll be around the top sides for a while longer – though it might depend on having their key players available.

For Liverpool, that’ll depend on Van Dijk and his injury.

For Everton, it’ll be about coping with Richarlison’s absence, after his late red card.