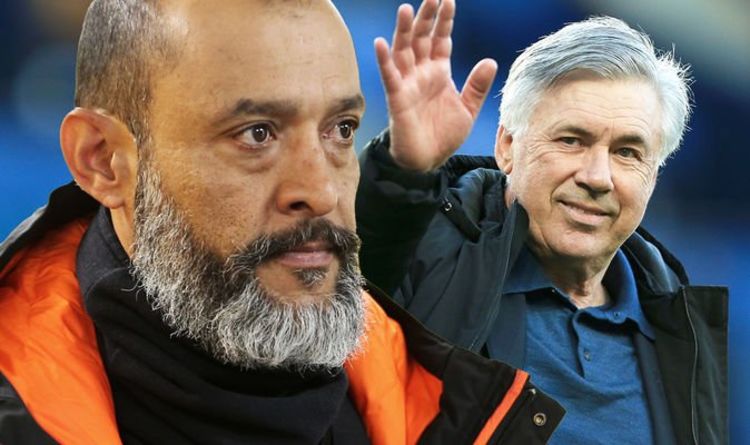 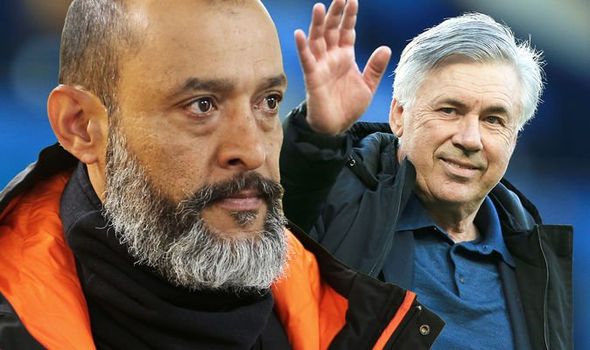 Everton will approach former Wolves boss Nuno Espirito Santo over the possibility of him becoming the club’s next manager, according to reports. Everton are set to lose Carlo Ancelotti to Real Madrid, with a deal to take the Italian back to the Bernabeu claimed to be ‘done’.

Ancelotti’s 18-month reign at Goodison Park is set to come to an end.

It was some coup for the Merseyside club to attract a manager of his calibre in December 2019 as the permanent successor to Marco Silva.

Despite a positive start to this season, Ancelotti failed to lead Everton into Europe, with the Toffees finishing 10th in the Premier League.

The club’s form at home let them down and their hopes of breaking into the top four diminished far earlier than the club would have liked.

Ancelotti still had three years remaining on his Everton contract.

However, the chance to manage Real again is seemingly too good an opportunity for him to turn down, with The Athletic claiming it is a ‘done deal’ for him to return to the Bernabeu

Ancelotti won four major honours as Real boss between 2013 and 2015 including the Champions League in his first season at the club.

Everton are moving quick in their search to find a successor to the former AC Milan and PSG boss.

talkSPORT says Everton are set to attempt to bring in Nuno to replace Ancelotti.

Nuno resigned from his role as Wolves manager ahead of the club’s final game of the season against Manchester United.

The former Porto goalkeeper had four successful seasons at Molineux, leading them back into the Premier League in 2018 before two seventh-placed finishes in the English top flight.

However, he was unable to replicate that success this term, with Wanderers finishing the campaign in 13th.

The 47-year-old sent a message to the club’s fans when his departure was announced, saying: “Since the first day we arrived at Compton, our ambition was to make a positive change and push this football club forward, and I am proud to say that we did that every single day.

“We achieved our goals, we did it with passion and we did it together.

“Firstly, I want to thank the supporters, who have all played such an important part in helping us reach new heights for Wolves, and the people of the city, who embraced us and made us feel at home.

“I, of course, want to thank all of the staff at Wolves, for their support and total commitment, every single day.

“Most importantly, I want to thank each-and-every player that we’ve worked with since the day we started, for their loyalty, their dedication, hard work and talent. They are the ones who have made this amazing journey possible for us.”