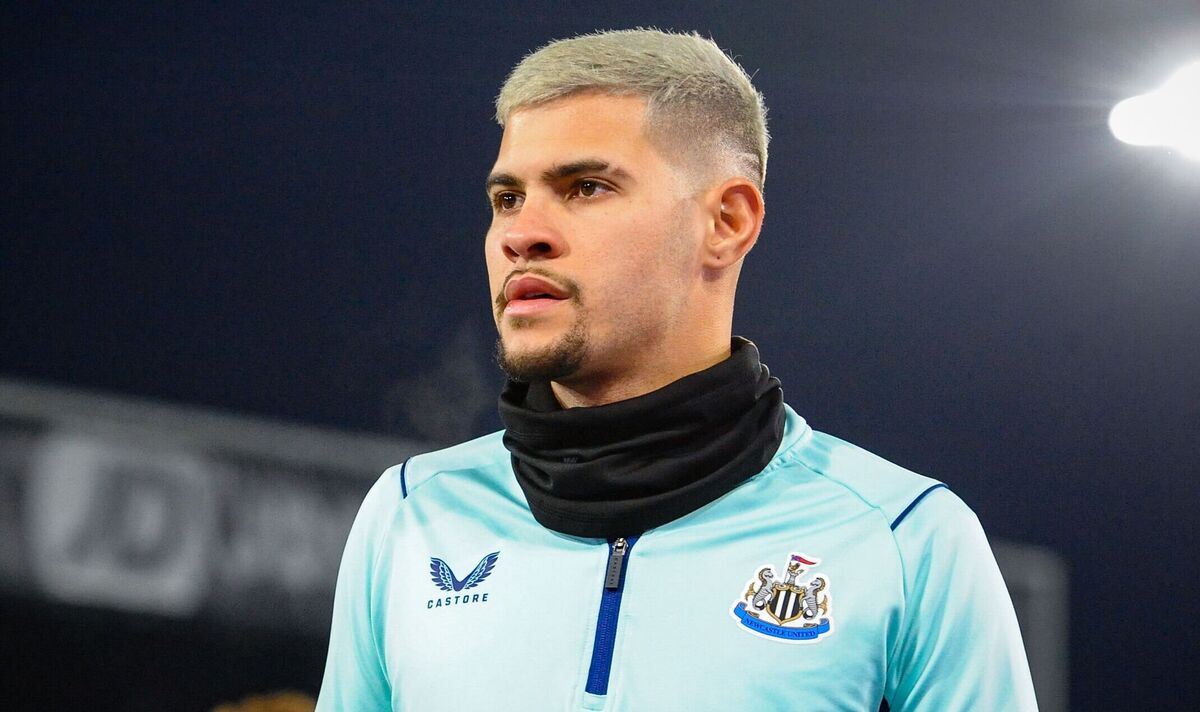 Did he know? Lampard asked for patience in last Everton press conference

Everton turned down flourishing stars like Bruno Guimaraes and Eder Militao when they were available at cut-price deals, agent Kia Joorabchian has claimed. Joorabchian’s involvement with the Toffees has been questioned but the Iranian businessman insists the Premier League club do not listen to him.

The 51-year-old is understood to be a friend of majority shareholder Farhad Moshiri. He was crucial in the deal that saw client Carlo Ancelotti appointed as head coach in 2019.

Fans and pundits have often criticised Moshiri for being too involved with Joorabchian and prioritising signing his clients. However, the agent has insisted that the reality is in fact the opposite.

With talkSPORT presenters lamenting Joorabchian’s presence at Everton, the former car salesman felt compelled to call into the show to give his right of reply. He revealed that the likes of Guimaraes – now starring for Newcastle in the Premier League – and Real Madrid defender Eder Militao have all been turned down in the past.

Instead of Guimaraes – who has since become a Premier League star with Newcastle – Everton signed Jean-Philippe Gbamin. Injuries limited the midfielder to just eight appearances and he is now on loan at Trabzonspor in Turkey, plying his trade against the likes of Dele Alli and now Jonjo Shelvey.

Joorabchian said: “Of course, as we do, we offered [Moshiri] many, many players, and they turned them all down. All the signings of the summer – James Tarkowski, Conor Coady, Neal Maupay, Dwight McNeil, the list goes on, all the loans and signings they did – were done purely by them and the board.

“We didn’t have any involvement whatsoever. We speak to all the owners, I speak to quite a few club owners [in the Premier League], but the point is, what is our job? Our job is to present what we have as a client list and say, ‘This is what we have’.

“And Everton haven’t taken any of our advice. So we can’t be that influential. In the past, we have offered them Bruno Guimaraes at £16million when he was leaving Athletico Paranaense.

“They didn’t like him and they went for Jean-Philippe Gbamin instead and Guimaraes went to Lyon. [Now-Aston Villa star] Diego Carlos when he was leaving Nantes, we offered him at £11m before he went to Sevilla, and now he’s at Aston Villa. We offered them Eder Militao when he was leaving [first club Sao Paulo].”

Everton have endured a horror week that started with Saturday’s 2-0 defeat by West Ham. A run of eight losses in 10 games saw Frank Lampard sacked on Monday.

But Lampard’s dismissal has prompted a domino effect of bad luck, with top target Arnaut Danjuma U-turning on a move. The Dutchman had even completed a medical with the club but has now decided to join Tottenham.

It comes amid reports that Marcelo Bielsa, the preferred target to replace Lampard, is hesitant about joining. The former Leeds boss harbours doubts about the lack of pace in the squad and requires reassurance over Everton’s January transfer business.