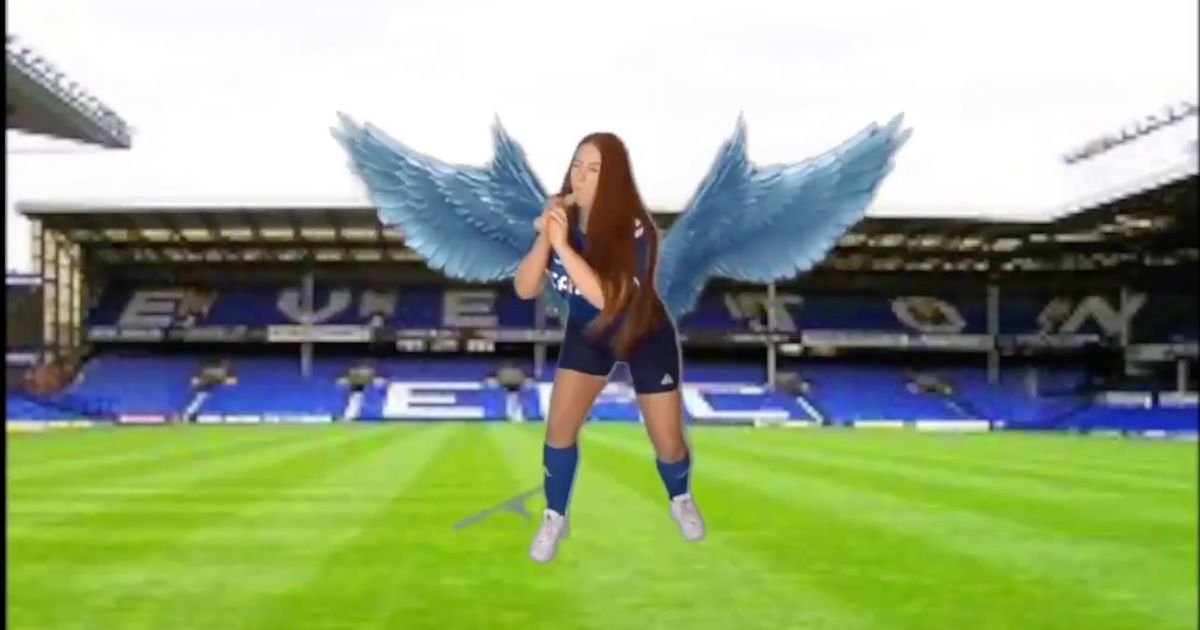 One Everton fan is confident that her side will beat Liverpool on Saturday and posted an epic song giving her prediction.

The two Merseyside rivals meet at Anfield in a Premier League clash with fans of both sides looking forward to the match.

Everton have not tasted victory over their rivals since 2010 though Liverpool have lost three league games in succession for the first time since 2014.

And one Toffees fan has posted a brilliant song tipping Carlo Ancelotti’s men for victory.

To the tune of Queen’s We Will Rock You, Twitter user @PepperMills3 is confident that Everton will “slap them down to seventh place”.

It may be slightly tongue in cheek given Everton’s recent record against their rivals, though the song continues saying: “We will thrash you”.

Former Liverpool star Michael Owen is not so confident in Everton, telling BetVictor: “Incredibly, Liverpool come into the Merseyside Derby undefeated in their last 24 matches against Everton in all competitions at Anfield.

“That run stems all the way back to 1999 and a game I played in. As I recall it was a good old fashioned derby that included three red cards.

“Although Liverpool are winless in five at Anfield, Tuesday’s away win against Leipzig in the UEFA Champions League will have given the players a huge lift.

“Everton arrive here in great form on the road. The Toffees are undefeated in their last 7 away matches in the Premier League, so they should be in good spirits ahead of this one.

“That said, Liverpool looked a lot more like their old self midweek. Mo Salah was excellent again, and if he’s in the mood, he could play a big part.

“Unfortunately for Everton, I think they’ll have to wait a bit longer for that Anfield win. I’m siding with the Reds to shade it in what should be an entertaining derby.”