AC Milan experienced another difficult night as they were beaten 2-1 by Real Betis at the San Siro on Thursday night.

However, Betis were also dangerous in attack and Toni Sanabria’s close-range effort put the Spanish team 1-0 up after half an hour. 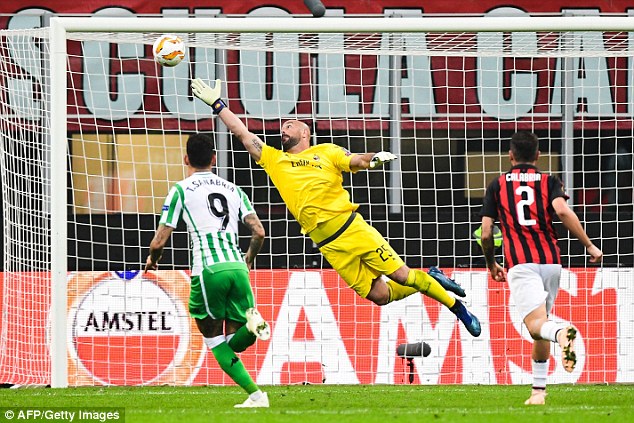 Higuain wasted a good chance in a one-on-one with Pau Lopez late in the first half.

The Argentina forward argued that he was brought down as he rounded the Betis goalkeeper, but the referee was unimpressed and showed him a yellow card.

Giovani Lo Celso fired a left-foot shot from long range in the 55th minute to make it 2-0 before substitute Patrick Cutrone pulled one back for Milan seven minutes from time.

Milan’s Samuel Castillejo, who hit the post earlier, was then sent off for a rough tackle in injury time.

Betis top Group F with seven points, one ahead of Milan. Olympiacos lie in third on four after a 2-0 victory at Dudelange. 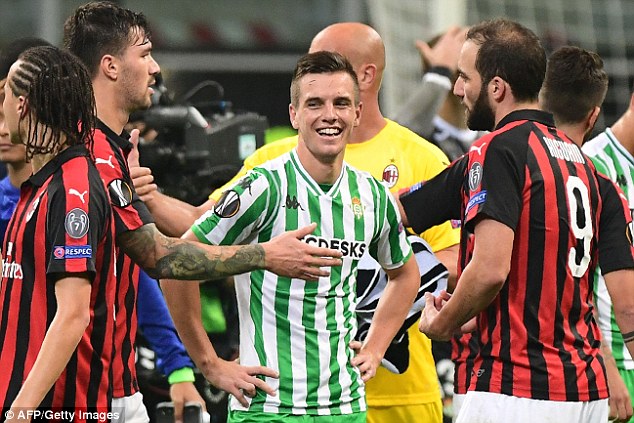 Standard Liege and Krasnador are also on six points after the Belgian side’s 2-1 win with it all to play for at the halfway stage.

Zurich came from behind to beat Bayer Leverkusen 3-2 and maintain their 100 per cent record in Group A.

AEK Larnaca and Ludogrets drew the group’s other game 1-1. 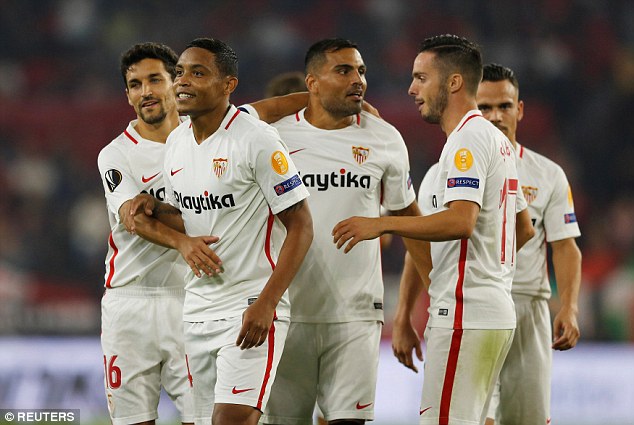 Salzburg and Leipzig are in a strong position in Group B. The Austrian side trounced Rosenborg 3-0 while Leipzig ran out 2-0 winners over Celtic.

Zenit St Petersburg scored an 85th-minute winner to beat Bordeaux and go top of Group C, ahead of Slavia Prague, who were 1-0 winners at Copenhagen.

Dinamo Zagreb’s 2-1 win at Spartak Trnava preserved their 100 per cent record in Group D, with Anderlecht and Fenerbahce drawing 2-2 in the other game.

The Serie A side beat Marseille 3-1 in France thanks to goals from Wallace, Felipe Caicedo and Adam Marusic and are a good bet to qualify for the knockout stages.

Genk were 4-2 winners of Besiktas in Group I, with Sarpsborg drawing 1-1 with Malmo while in Group K, Jablonec and Astana drew 1-1 and Dynamo Kiev won 2-1 in Rennes. 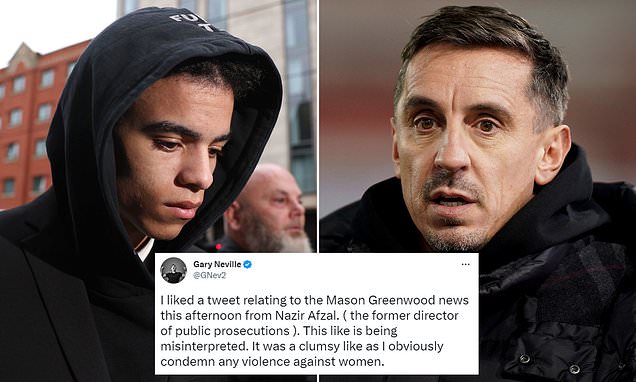