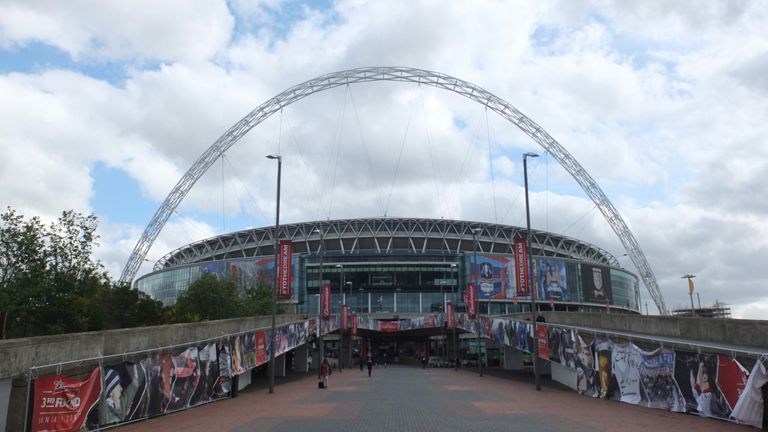 Culture Secretary Oliver Dowden is hopeful a large crowd will be able to attend the Euro 2020 final at Wembley, but capacity is still to be determined.

The showpiece match of the delayed tournament is due to take place at the national stadium on July 11, almost three weeks after it is hoped remaining lockdown restrictions in England will have been lifted.

Yet that is no guarantee that sporting stadia and arenas will be able to operate at full capacity, with further restrictions still possible.

The roadmap out of lockdown in England allowed grassroots outdoor sport to resume on Monday. The third step of the easing of restrictions on May 17 at the earliest would allow stadia to open with a 25 per cent capacity limit, up to a maximum of 10,000 spectators. The current plan is then for all restrictions on social contact to be lifted on June 21.

Wembley is hosting seven Euro 2020 matches, including both semi-finals on July 6 and 7 and the final on July 11.

“It depends where we are on the roadmap,” Dowden told Sky Sports News when asked about the Euros.

“If we continue to make progress, and we have a further easing at stage four from June 21, we’ll look to have many more people than that (10,000).

“So for those later matches in the tournament, we’ll be looking at substantially more than that, but that is subject to finding a safe way of doing that, but I’m very hopeful and indeed optimistic that we will get many, many more people in for the later stage games.”

He also told PA: “For the (Euro) games before June 21, clearly they’ll be subject to some restrictions. After June 21, including the Euro final, I hope to get as many people in as we can – and significantly more than that – but only if we can do so in a safe way.”

Fans to return for FA Cup semi next month

One of the FA Cup semi-finals on the weekend of April 17 and 18 will serve as a test event for up to 4,000 spectators, made up of local residents and NHS workers, and it is understood the following weekend the Carabao Cup final could test an attendance of double that.

There is the possibility of a small number of fans being among the 8,000 crowd.

“Under what we call stage three of the easing, what we’re aiming for from May 17, we’ll be able to have fans back with social distancing,” Dowden told Sky Sports News.

“Now that will be kind of the level that you began to see towards the end of last year, so it will be subject to a cap but in large stadiums that will be up to 10,000.

“I know that for many, many sports, most sports, that’s still not viable for them. So our real aim is to get many, many more in and for that we set stage four as the target, so that will be from June 21 onwards.