A barn door of a centre-forward who is now the second-highest Spanish scorer in La Liga; a Sergio Busquets clone in midfield; a young centre-back who Real Madrid want to sign; and a bright coach with a touch of the Pep Guardiola’s about him. They are just some of the reasons why Espanyol are second in La Liga after 11 games.

It’s a hard life being an Espanyol fan – sharing a city with Barcelona and without the resources to ever challenge them. They have been stuck in the middle of the table for so long that some of their younger fans know no different. 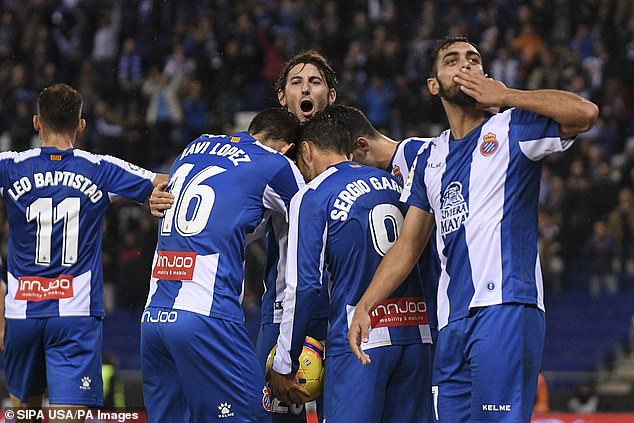 Last season, Quique Sanchez Flores guided them to home wins over Barcelona and Real Madrid but his head was turned by a move to back to the Premier League with Stoke in January. When talks collapsed, he seemed to lose interest in Espanyol.

Faith was lost in younger players and the club went through the motions just like every other season.

That’s when they appointed 48-year-old coach Joan Francesc Ferrer known as ‘Rubi’. He had just won promotion to the first division with Huesca. They were desperate for him to stay and guide them through their first season in the top flight in their history but he accepted a two-year contract at his old club Espanyol.

He had served the club as a youth team player and as coach of its B team. He talked up their potential and was undaunted by the challenge despite inheriting a band of raw youngsters, journeymen and misfits. Summer signings, as always, were few and far between. 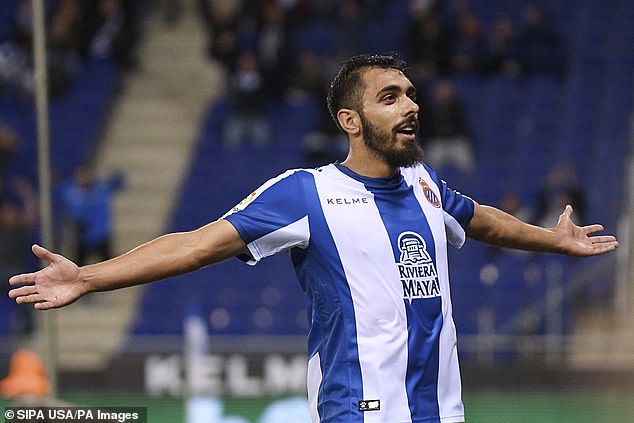 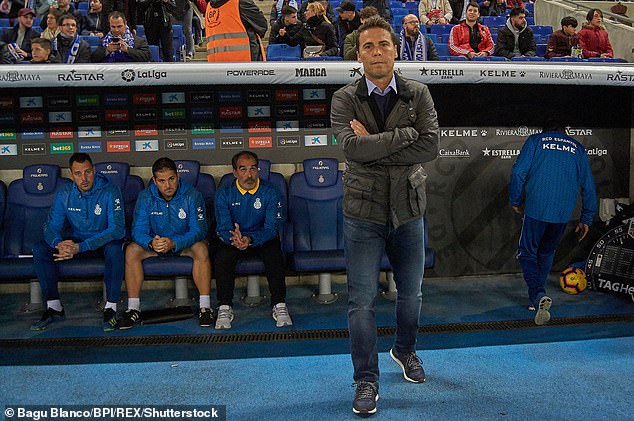 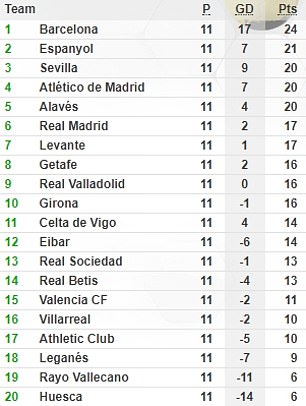 One new recruit was centre-forward Borja Iglesias, who looks like an NFL player with the shoulder pads left in. He scored 22 goals last season on loan at second-tier Zaragoza and his parent club Celta Vigo decided to sell him for €10million (£8.74m). They have regretted it ever since.

Iglesias scored his sixth goal of the season so far on Monday night in Espanyol’s 1-0 win over Athletic Bilbao. Spain coach Luis Enrique was watching from the stands. He had gone to spy on several Spanish defenders on display but it was Iglesias who made the biggest impression as he headed in the winner.

Espanyol held on with the help of Mario Hermoso, a rock at the back alongside the equally impressive David Lopez. Hermoso came through at Real Madrid and the 23-year-old could return to the club for as little as €15m (£13m) this January.

In front of Hermoso and Lopez, Spain Under-21 international Marc Roca does the same job that Busquets does so well for Barcelona. He is being tipped to be fast-tracked into Spain’s senior squad.

Rubi has taken the Pep Guardiola blueprint and, unlike so many copycats whose imitations end in disaster because of the inferior players, Rubi has made it work. 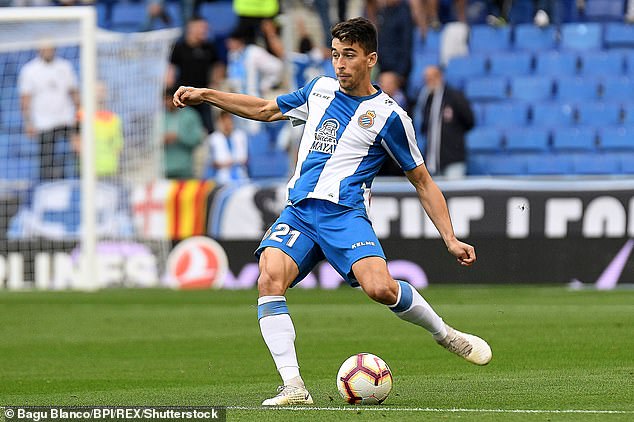 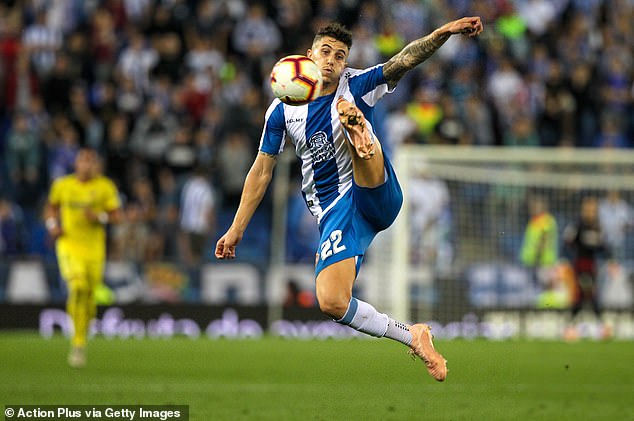 Sergi Darder and former Real Madrid and QPR midfielder Esteban Granero get up and down the pitch either side of Roca. Sergio Garcia and Leo Baptistao are willing runners, playing as wide forwards either side of Iglesias.

The team has experience as well as youth: Sergio Garcia plays with the energy of a 19-year-old but is now in his 36th year and goalkeeper Diego Lopez, formerly of Real Madrid, Villarreal and Milan, has just turned 37.

The football doesn’t match Barcelona circa 2009 of course. But a lot of the ideas are similar and the league table doesn’t lie after 11 games.

Some fear the project will fall in on itself once the predators start to circle and buy up the talent, but only Hermoso is in danger of leaving in the winter window. The most important cog is probably Rubi and he doesn’t want to leave.

He came back to lift the club he loves up by its lapels and he has got them up to second, peering down on Real Madrid among others, and looking anything but out of place. 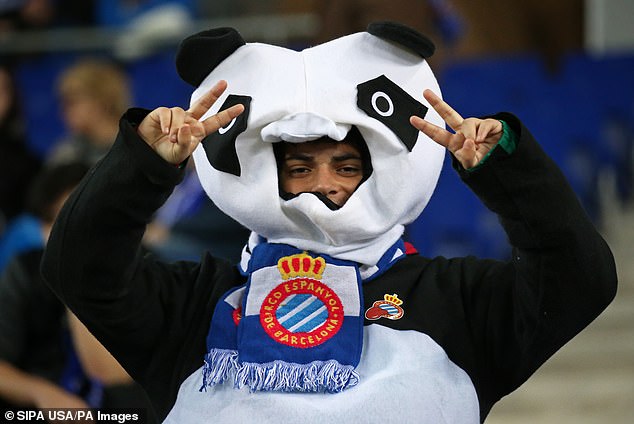