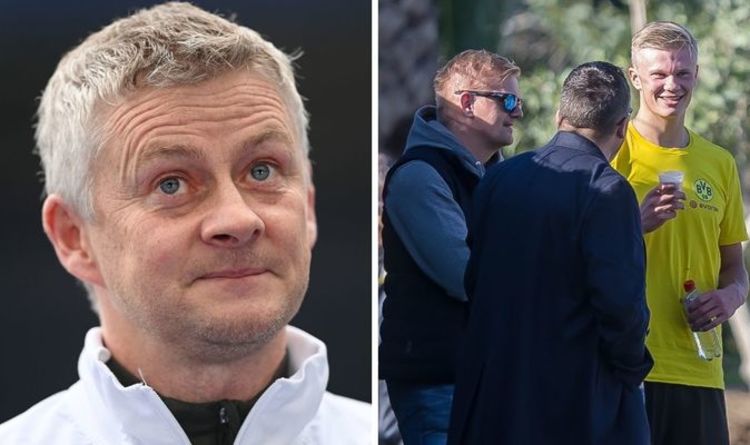 Mina Raiola and Alf-Inge Haaland are set to travel to England in the next couple of weeks to sit down with the likes of Manchester United, Manchester City and Chelsea over a potential transfer for Erling Haaland. The duo have met with both Barcelona and Real Madrid today to discuss a move as the race for the Borussia Dortmund talisman hots up.

The Bundesliga club told Raiola this week that they do not want to sell the player at any cost.

However, should Dortmund fail to qualify for the Champions League next season, their chances of keeping the striker are limited.

Haaland wants to continue playing in Europe’s elite club competition every season having become the youngest-ever player to hit 20 goals in the tournament.

Raiola and Haaland senior flew to Catalonia today, where they met with the Barca board to discuss a summer transfer.

New Barcelona president Joan Laporta is believed to be desperate to land the 20-year-old, in a bid to convince Lionel Messi to stay put. 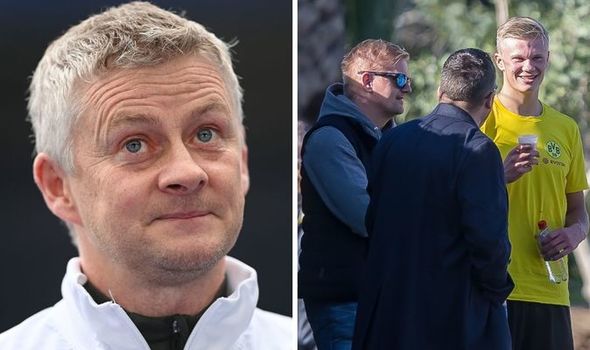 After the meeting, Raiola then moved onto Madrid where he sat down with Los Blancos to outline his client’s potential available and the figures involved.

No transfer expert Fabrizio Romano claims Raiola and former Leeds and Man City man Haaland are due in England soon to discuss a deal with an unspecified group of Premier League clubs.

He tweeted an England flag emoji and “soon” in response to a thread regarding the meetings with Barcelona and Real Madrid.

The Italian later clarified that no meeting would be taking place imminently, adding: “Not today, in the next weeks.”

United are back in the running for Haaland, 15 months after they missed out on the striker during his time at RB Salzburg.

Ole Gunnar Solskjaer previously coached the forward while at Molde and the pair have remained in close contact.

In December 2019, United cooled their interest in Haaland due to the agent fees involved in the deal.

It was a decision they soon lived to regret, as the Norwegian elevated his game to the next level at Borussia Dortmund. 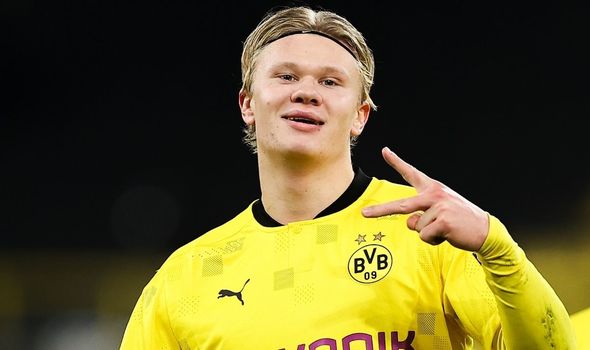 The £18million they paid to Salzburg now looks like one of the greatest bargains of all time, with Dortmund now set to demand up to £150m.

Meanwhile, City need to find a new No 9 to replace Sergio Aguero, who has been their main man for the past 10 years.

The Argentine is due to leave the club at the end of the season when his contract expires.

Chelsea are also in the fray though and Roman Abramovich is reportedly determined to win the race for ‘The Terminator’.