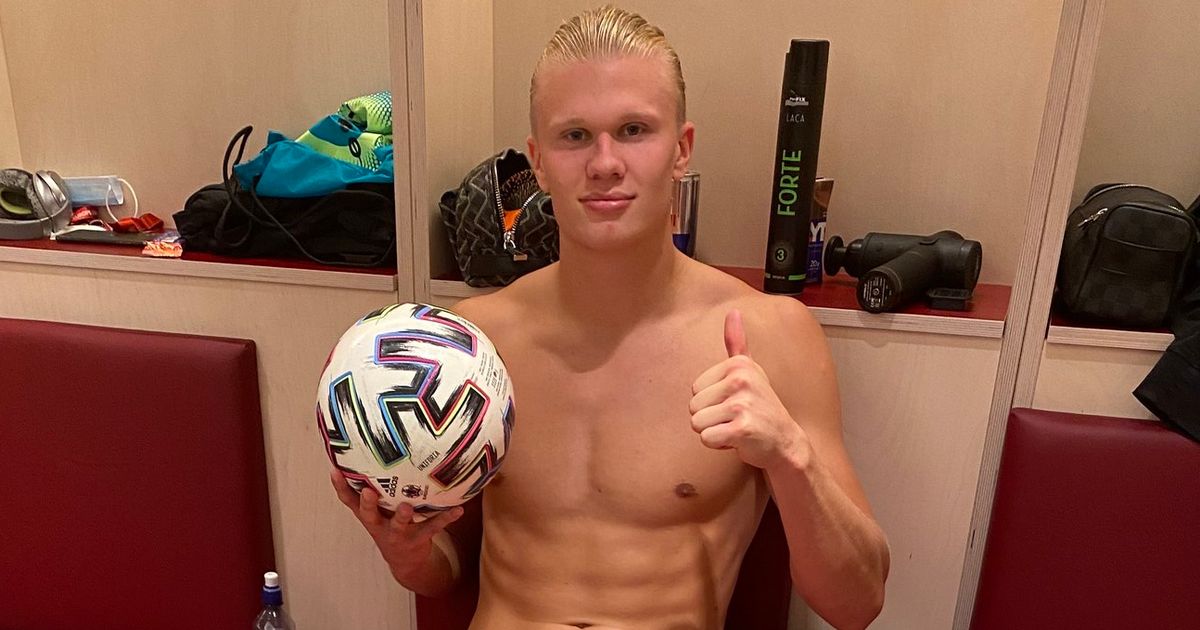 Incoming Manchester City star Erling Haaland once claimed he has 'five girlfriends' and even said 'he sleeps with them every night'.

However, not all was at first seemed after Haaland then admitted the girlfriends in question are actually his five hat-trick balls. Haaland, who was then still at Red Bull Salzburg, was just starting to make a name for himself in Europe.

The youngster told Norweigian outlet Dagblade : "I sleep with the five balls for each hat-trick I have scored. I lie in bed and I feel good with them. I look at them every day. They are my girlfriends."

City announced that they had reached an agreement with Borussia Dortmund over signing Haaland on Tuesday afternoon.

City added: "The transfer remains subject to the Club finalising terms with the player." Pep Guardiola's side triggered Haaland's release clause that came into effect this summer.

Haaland has been one of Europe's most potent strikers over the past couple of years in Germany, and he boasts an incredible 61 goals in 66 outings in the Bundesliga.

What do you think of City signing Haaland? Let us know in the comments section

Real Madrid had also been interested in trying to tempt Haaland to Spain, so too had Barcelona, but the Norweigian decided to move to City.

According to the Manchester Evening News, Haaland chose the blue half of Manchester due to his 'lifelong' connection with the side and the opportunity to work alongside Guardiola and players such as Kevin De Bruyne.