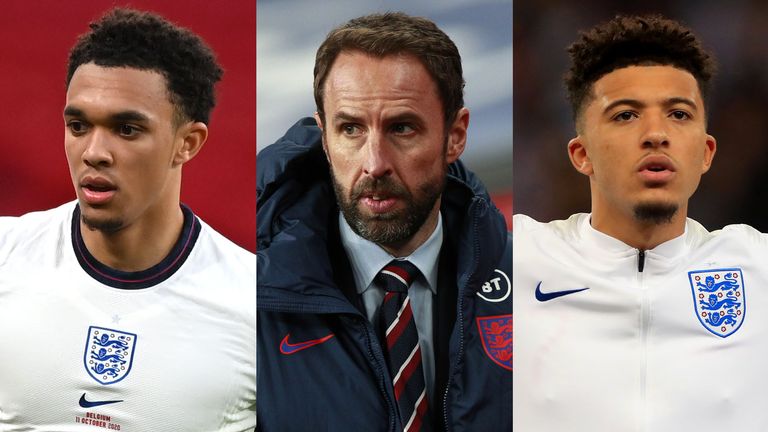 The England squad announcement had been hugely anticipated but Gareth Southgate’s decision to name 33 players before whittling the number down to 26 closer to the Euro 2020 deadline has changed the feel. That sense of finality has not yet arrived.

It also tempers some of the drama surrounding the first-time call-ups for Brighton’s Ben White and Everton’s Ben Godfrey. With Harry Maguire needing to prove his fitness, they may yet make the final squad but it seems likely that they are included as willing back-ups.

Perhaps it will be the same for Bukayo Saka, although he will be more hopeful that his versatility could yet see him usurp one of the left-backs in the squad. But it is most likely that one of England’s star right-backs will be the most high-profile omission still to come.

The question of whether Trent Alexander-Arnold has now persuaded Southgate to walk back his decision to exclude him from his squad in March still hangs in the air. Kieran Tripper has just won La Liga. Reece James and Kyle Walker have a Champions League final to play.

As with the Maguire injury scare, the recent doubts over Jordan Henderson and Kalvin Phillips, and the sight of Jack Grealish edging his way back to full fitness, it is a situation for ongoing consideration. The biggest decisions for the England boss are ahead of him.
Adam Bate 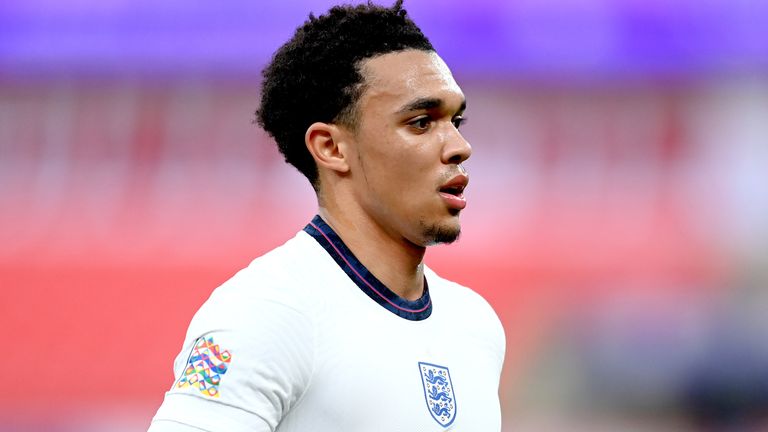 Trent Alexander-Arnold is back. For now, at least. The right-back’s omission from the last England squad prompted fierce debate but Gareth Southgate has reopened the door for him.

Quite whether Alexander-Arnold would have been included had the squad not been expanded is another question. It remains to be seen whether he will make the final 26 too. But what’s certain is that Alexander-Arnold’s domestic struggles are behind him.

The 22-year-old looks like his old self again now, perhaps spurred on by Southgate’s snub in March. He played a key role in Liverpool’s unlikely ascent into the Champions League spots, providing four assists and scoring once in their final nine Premier League games.

His importance to Jurgen Klopp’s side is not in question, but the problem for him is that the same competition for places still exists at international level. Kyle Walker, Kieran Trippier and Reece James are also among the names in Southgate’s provisional list.

At least one of them will have to drop out and Southgate may still deem his other options to be more defensively sound. But could Walker and James’s involvement in the Champions League final give Alexander-Arnold a chance to shine in next week’s friendly with Austria?

He must seize any opportunities he gets if he is to ensure his return to the fold is not only temporary.
Nick Wright 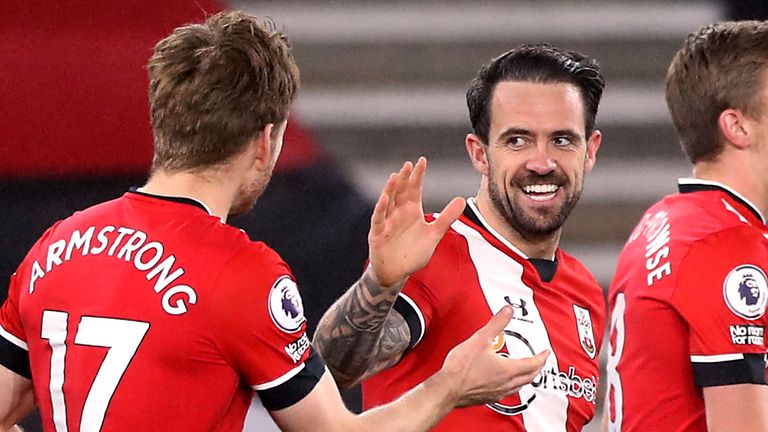 For all the good news as players receive their call-ups, it will be a difficult day for Gareth Southgate and the players he has had to leave out.

One of those is Eric Dier, who was a trusted lieutenant for Southgate for so long.

Part of England’s leadership group, Dier was a key figure for England and Southgate at the 2018 World Cup in Russia, but like his Tottenham team-mate Dele Alli, who has also fallen out of the England picture, he hasn’t been able to recreate that form with things not going particularly well for him at Spurs this season.

James Maddison is another eye-catching omission but maybe not a surprising one. A player of undoubted talent, he has suffered a number of injury problems this season and is not quite back to full fitness just yet. Many will point to the fact Harry Maguire and Jordan Henderson have their own injury problems despite still been named in the provisional squad, but Southgate does not see the Leicester midfielder in quite the same vein – yet.

Among the forwards, there is no space for Leeds United’s Patrick Bamford, who scored 17 Premier League goals this season, or Southampton’s Danny Ings, who many touted for a call-up because of his experience.

Finally, a word for Nick Pope, who played in all three of England’s World Cup qualifying matches in March as Southgate’s men recorded wins over San Marino, Albania and Poland. He was staking a solid claim to England’s No 1 jersey at the tournament, but knee surgery has ruled him out.

And, of course, this is not the end of the disappointment either with seven names still to be culled before Southgate names his final 26-man squad by June 1.
Oliver Yew

An embarrassment of riches to choose from up front 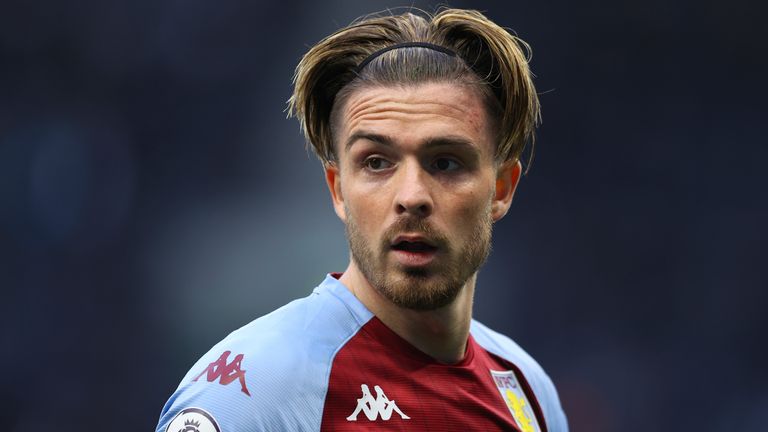 Gareth Southgate has an embarrassment of riches across his forward line – to the extent that Danny Ings and Patrick Bamford were left out of the provisional squad altogether.

Harry Kane is the undisputed centre-forward – but who will emerge as the recognised back-up? Dominic Calvert-Lewin and Ollie Watkins appear to have received the initial nod, with the former offering a powerful aerial option and the latter typically dropping deeper to link wide forwards.

The burning question is who would start down the wide berths. Indeed, the provisional selections could utilise Jesse Lingard and Mason Mount down the wings – with both listed as midfielders.

Phil Foden and Jack Grealish have arguably outshone traditional starters Raheem Sterling and Marcus Rashford this season – but Jadon Sancho, Mason Greenwood and Bukayo Saka are also in the fold.

The stats suggest Grealish and Sancho rank as England’s most creative wide men this season – followed by Foden and Rashford.

Versatility oozes through the squad and the forwards are no exception, with Saka capable of playing in virtually any role and providing full-back cover, while Greenwood can also move seamlessly into a central role.

The provisional squad appears to resurface pre-existing questions, rather than answer any questions.
Adam Smith 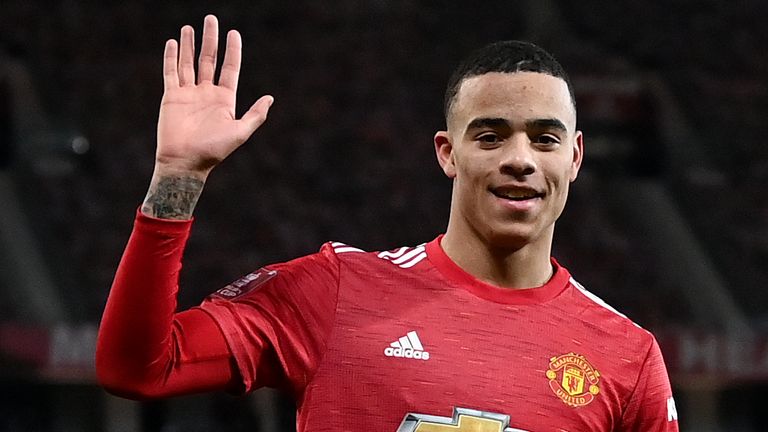 Mason Greenwood was withdrawn from the England squad in September just after making his international debut due to a breach of coronavirus quarantine guidelines in Iceland. The Manchester United youngster’s glut of goals late in the season has been well-timed.

This is his first appearance in the squad since that incident and one Premier League goal prior to April was not the form to persuade Gareth Southgate to rush to recall him. But he has matched Harry Kane for goals since then and outscored everyone else in this group too.

The 19-year-old forward’s ability to operate on either flank or in the middle is an asset – probably convincing Southgate there was no need to opt for another out-and-out striker such as Danny Ings or Patrick Bamford. It will likely be a bit-part role but that could suit him.

Greenwood has come on as a substitute to score against Tottenham and Roma in recent times. His chance in the Europa League final may yet come from the bench too. If Southgate needs an unerring finisher when the game is opening up then he is a prime candidate.

With seven still to shed from the squad, Greenwood’s place is not guaranteed just yet. But with those forwards involved in the Champions League final unavailable for England’s first friendly against Austria, he will hope for his opportunity to impress. Expect him to take it.
Adam Bate