LIVE: England vs Wales – Kieran Trippier captains Three Lions for the first time as Dominic Calvert-Lewin and Bukayo Saka both make debuts… plus all the action from Euro 2021 play-off semis

England host Wales in an international friendly at Wembley tonight, as Gareth Southgate and Ryan Giggs prepare their sides for action in the UEFA Nations League this weekend.

Ahead of games against Belgium and Denmark, Southgate names an inexperienced side on Thursday night, with Kieran Trippier captaining his country for the first time and Dominic Calvert-Lewin and Bukayo Saka making their national team debuts. Wales, meanwhile, are without star names Gareth Bale and Aaron Ramsey, so Giggs has experimented with his side also.

It is a huge night for the other home nations, as they are all in Euro 2020 play-off semi-final action: Scotland host Israel, while Ireland travel to face Slovakia and Northern Ireland face a tricky away trip to Bosnia and Herzegovina.

Sportsmail’s KIERAN JACKSON will provide live coverage of all the action including build-up, lineups and scores from across Europe, with full commentary of England vs Wales.

Here’s the Scotland team for their crucial play-off against Israel.

Wales have not won at Wembley since 1977 – and have not beaten England at any venue since 1984.

It is set to be a proud occasion for Kieran Trippier, with the right back set to captain his country for the first time this evening.

Welcomes to Sportsmail’s live coverage of tonight’s international friendly between England and Wales at Wembley, as well as updates from the Euro 2020 play-off semi-finals, where the other three home nations feature:

– Slovakia vs Republic of Ireland

– Bosnia and Herzegovina vs Northern Ireland

A huge night is in store! 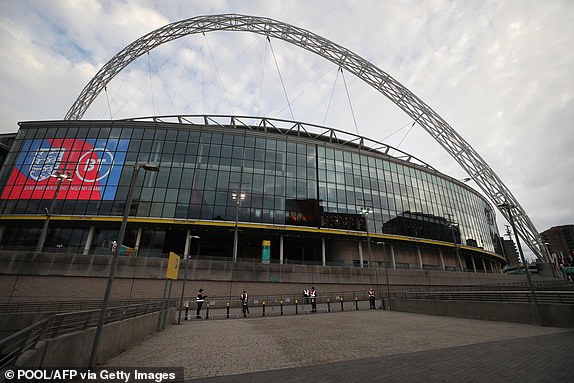