After seeing off Wales 3-0 in Thursday’s friendly, England return to competitive action on Sunday against the world’s No 1-ranked side, Belgium. So how will Gareth Southgate refresh his line-up for this tough Nations League test?

The England manager has already made clear he will be rotating his starting XI throughout this triple-header of international games, but with Belgium England’s hardest opponents, and the result of the Wembley clash likely to be key to the Three Lions’ hopes of making the semi-finals for the second time in a row, he will surely be looking to field his strongest XI.

Here, we run through the team to see the selection dilemmas Southgate will have to face and what issues may affect his thinking… 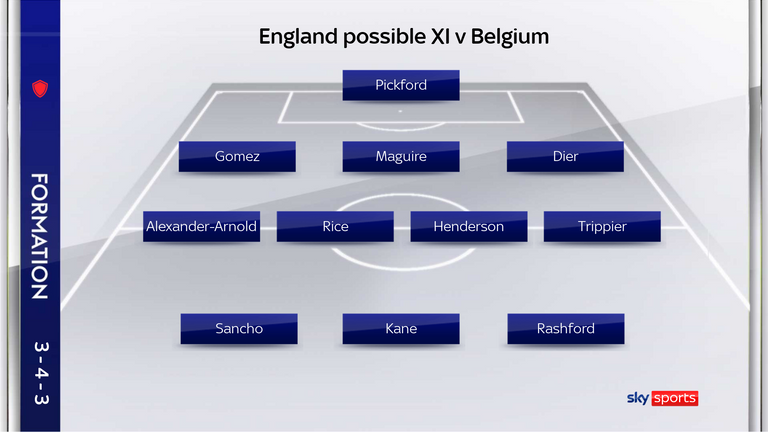 Pickford to return in goal

Sky Sports News reporter Rob Dorsett correctly predicted Nick Pope would get a start in goal for England against Wales when he appeared on the Pitch to Post International Preview podcast. However, he made it clear that the decision should not be seen as Southgate’s regular No 1 Jordan Pickford being dropped, but instead a chance for Pope to build some international experience should he be needed in the future.

So with England returning to a competitive fixture, the feeling is Pickford will return between the sticks – despite making a number of errors in goal for Everton this season. As Dorsett pointed out, Pickford has not made those kind of mistakes on the international stage and has been a key figure for Southgate during his time in charge.

Maguire, Dier, Gomez at the back

It seems Southgate is set on returning to a three-man defence more frequently now, and that formation against Wales will surely have been a dress rehearsal for managing the talented attackers of Belgium. But we could see an overhaul in the personnel involved.

Joe Gomez was substituted after an hour, hinting his legs were being saved for Sunday, while Harry Maguire and Eric Dier are strong candidates to come in for Michael Keane and Conor Coady, despite the Wolves man scoring against Wales.

Rice plus one in central midfield

That trio in defence would give England’s full-backs the licence to attack in a 3-4-3 formation, with Trent Alexander-Arnold, who was an unused sub against Wales, almost certain to come in on the right side.

With Ben Chilwell unlikely to be risked if there is a delay to his UEFA coronavirus test, Kieran Trippier – who impressed for 58 minutes with the captain’s armband on Thursday – could switch to the left, where he played against Iceland and Denmark last month.

That would mean Arsenal pair Bukayo Saka and Ainsley Maitland-Niles, who can both cover that left wing-back role, missing out to the more experienced Trippier.

Declan Rice looks set to return to the team in one of the holding midfield positions. Southgate then has a tricky decision to make on who goes alongside him. 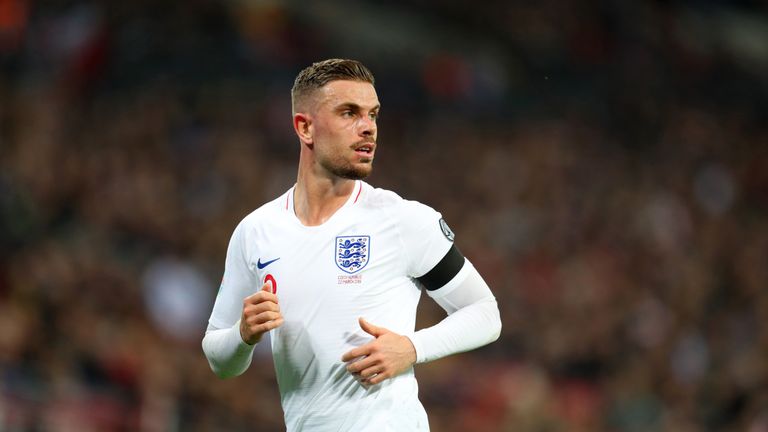 It was felt that against Iceland and Denmark England lacked the passing precision to move through the opposition lines when Rice was paired with Kalvin Phillips – although the Leeds man would offer added security against this impressive Belgium side. Harry Winks would appear to fulfil that criteria but, after playing the whole match against Wales, perhaps Southgate has something else in mind.

Liverpool captain Jordan Henderson has not played since his injury at Chelsea on September 20, but it would seem odd for Southgate to select him in his squad just to be held until the Denmark game on Wednesday. Perhaps we could see Henderson play an hour or so on Sunday, with Winks, Phillips or James Ward-Prowse replacing him, depending on the match situation.

Tried and trusted trio in attack

Dominic Calvert-Lewin and Danny Ings scored their first goals for England in the 3-0 win over Wales and Jack Grealish produced a man-of-the-match display – but expect all three to make way for Jadon Sancho, Harry Kane and Marcus Rashford on Sunday. 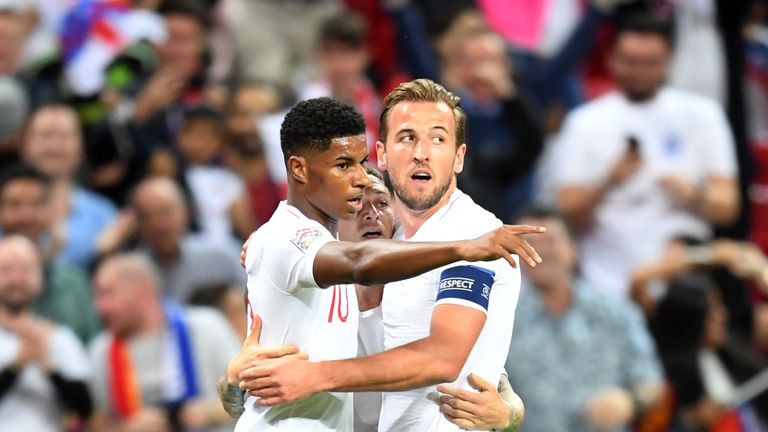 Raheem Sterling is missing from the squad with injury but Southgate will want to unleash the best attacking options at his disposal against Belgium and Kane and Rashford will be fresh after being rested against Wales.

Sancho trained for the first time in over a week on Thursday, following an illness, but it is believed the England boss would like the electric pace and trickery of the Borussia Dortmund star in the team. He, along with Rashford, would offer England great speed on the counter-attack. However, Grealish or Mason Mount could be alternatives if Sancho is not ready.

Who would you play?

Use our team selector below to choose your England XI to face Belgium – then share your line-up with @SkyFootball on Twitter.

Watch England vs Belgium in the Nations League Group A2 live on Sky Sports Football on Sunday from 4.30pm; kick-off 5pm.