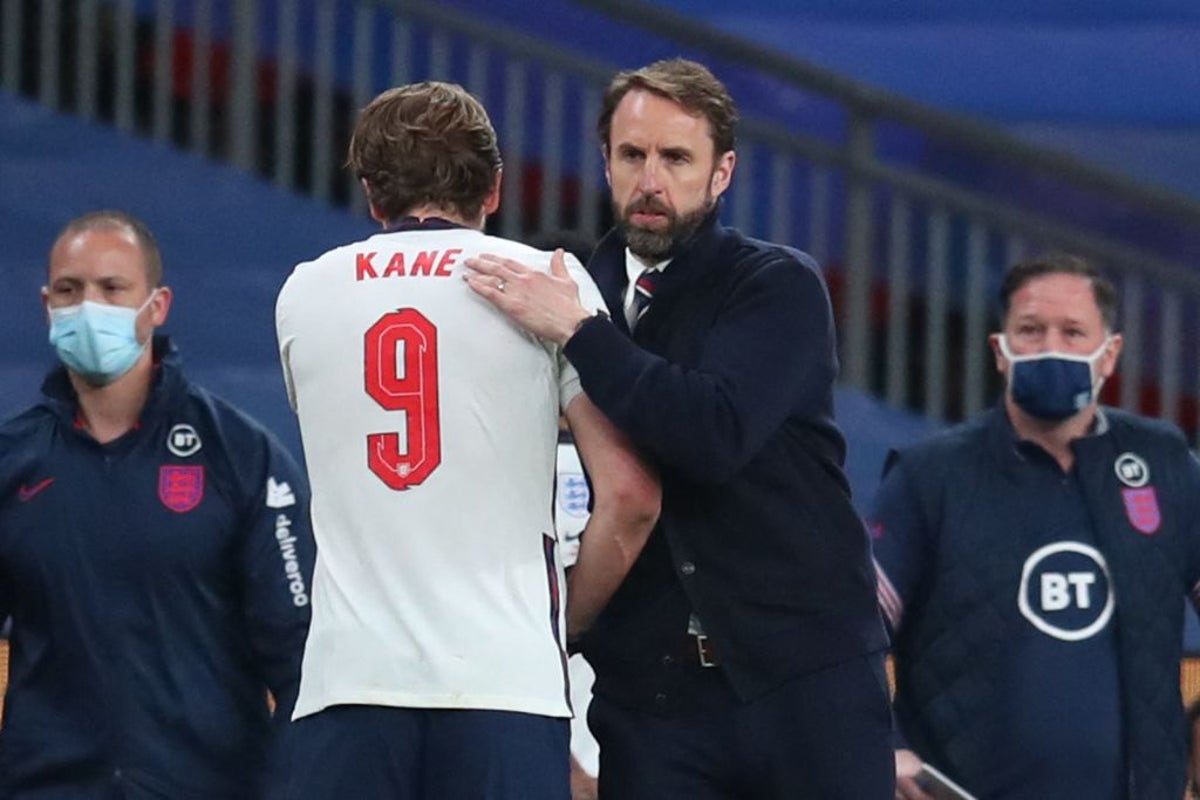 England’s Euro 2020 campaign is just over a week away from starting and Gareth Southgate will begin his final assessments of his squad over two forthcoming friendlies – starting with Wednesday’s game against Austria.

The Three Lions boss named his final squad on Tuesday, springing something of a surprise by naming all four of his right-backs in the 26. It remains to be seen which are involved in these friendlies, with Reece James and Kyle Walker both playing in the Champions League final.

Austria have made a stuttering start to their World Cup qualifiers, drawing with Scotland and losing to Denmark either side of a win over Faroe Islands.

Their star names include the likes of David Alaba and Marcel Sabitzer.

The match kicks off at 8pm on Wednesday, 2 June at the Riverside Stadium, home of Middlesbrough.

The game will be shown live on ITV 1 and can be streamed online via the ITV Hub.

Gareth Southgate isn’t likely to call upon any of the Chelsea or Manchester City players involved in the weekend’s Champions League final. There are also lingering fitness issues over Harry Maguire and Jordan Henderson, while Jesse Lingard will feature in this game despite not being in England’s final 26.

Austria still have decisions to make over the first-choice midfield, which has chopped and changed in recent qualifiers. David Alaba’s role is also not as defined as at club level – he has played both left-back and left midfield of late, as well as his usual forays from midfield for the national team.

The Three Lions to ramp up that pre-tournament over-optimism with a win and a stand-out player who isn’t usually in the first-choice XI to stake their claim for a starring role at Euro 2020. England 2-1 Austria.