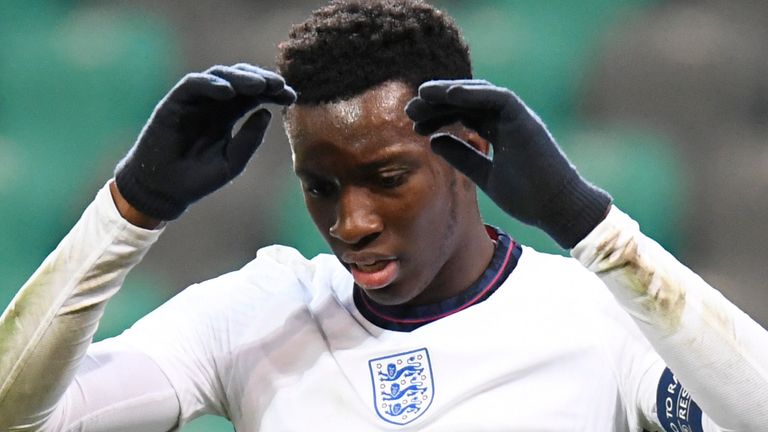 England U21 captain Eddie Nketiah has denied the Young Lions have been caught out of their depth at Euro 2021.

They are on the brink of an early exit after losing their opening two group-stage games to Switzerland and Portugal.

Aidy Boothroyd’s side can still reach the summer’s knockout stages if they beat Croatia by two goals on Wednesday and Switzerland lose to Portugal.

The Young Lions have failed to have a shot on target from open play in Slovenia and, after breezing through qualifying unbeaten, have been poor at the tournament – although Nketiah insisted they have not been left floundering.

“No, I think obviously we have the quality. We have the players to deal with that jump,” said the Arsenal striker.

“We’re all playing at a good level at our clubs, which are at the highest level and you know the opposition are going to be difficult.

“They have made it very hard for us, but I think we’ve got to look at ourselves and see how we are performing and how, as a team collectively, we can perform better.

“It’s a mix of things. Football doesn’t always go your way. It’s been two games and two probably ‘off games’.

“Against Switzerland, we had a lot more of the ball and probably just lacked that penetration, but in the Portugal game, I think, in the transitional moments, the final pass we failed to take full advantage of. 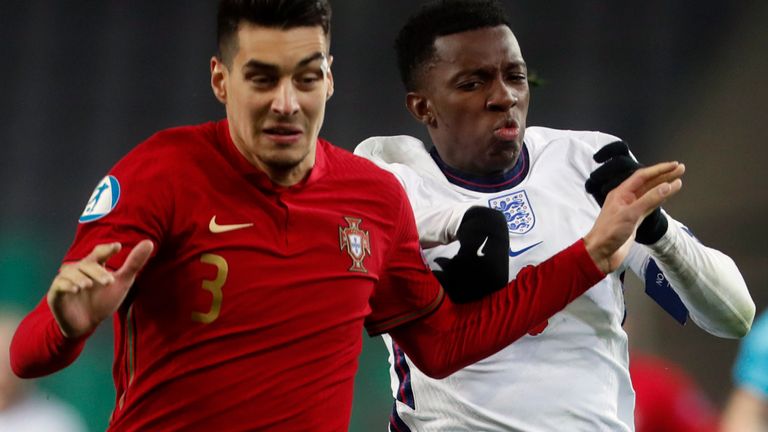 “It’s been a disappointing first two games. We all know that. It’s just about keeping our heads up and challenging ourselves to finish strongly in the Croatia game.”

Nketiah also moved to ease the pressure off boss Boothroyd, with the manager out of contract in the summer.

He added: “That’s on all of us, you know. We’re all to blame for that. We all had sloppy moments in the game and it’s just about cutting that out and playing to the best of our ability.

“We know we have the quality and we have shown in qualifying that we can score goals, so it’s about producing that here and – like I said – taking that bit of extra care and detail with the final pass.”