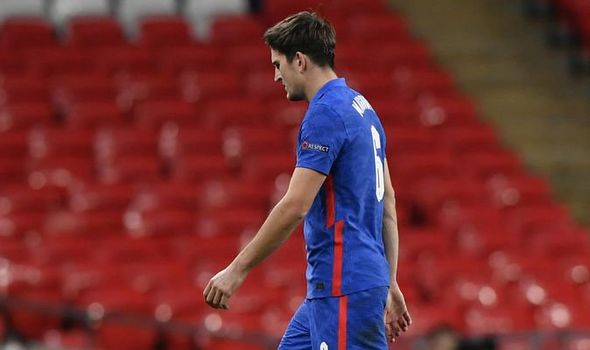 England could not make it three wins from three in the October international break as they slipped to a 1-0 Nations League defeat to Denmark at Wembley on Wednesday night. Harry Maguire was sent off with Christian Eriksen scoring the only goal of the game from the penalty spot soon after, despite contention over whether or not there was a foul worthy of a spot-kick, but how did the Three Lions perform? Express Sport rates and slates Gareth Southgate’s men.

Confused things by getting involved in incident that led to penalty.

Very unlucky to concede the penalty – seemed to kick air, not man. Decent shift at left back.

Filthy early tackle on Poulson lucky to get just yellow. Diving in again on 30 minutes was mindless.

Caught in possession early on but adapted well to playing in the four after the sending off. Had a late goalbound header blocked. 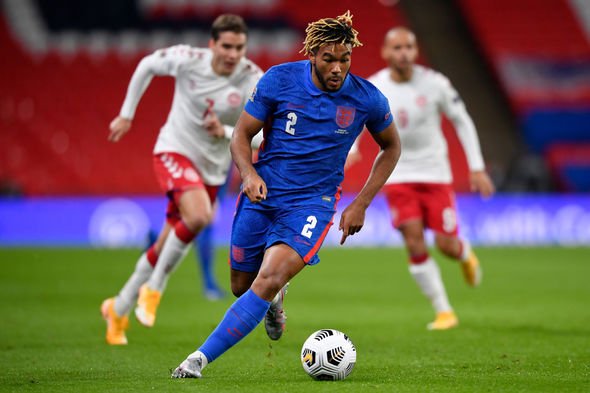 Strong going forward with some excellent crosses. Spoiled it all with red card after whistle.

Tried to keep things neat against the odds but still lacking the inspiration England needs.

An encouraging early display ended early when he was tactical sacrifice after the red card. 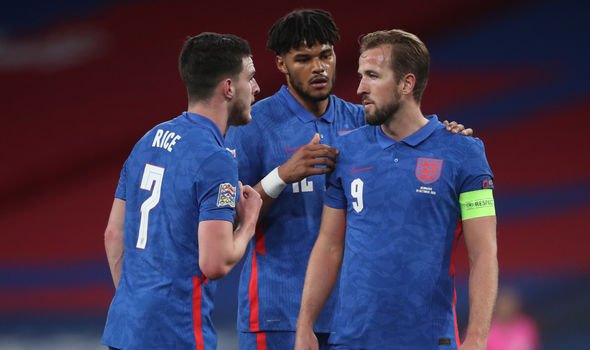 Not his natural position but worked hard to carve out chances from wide on the right.

England needed rescuing but for once Rashford was unable to serve up anything to feed on.

Held the ball up well to give players chance to support but scuffed his only half-chance.

Couldn’t make much of an impact.