If you want to be the best, you’ve got to beat the best. Well, Belgium are at the top of the FIFA rankings… Euro 2021 here we come! Thankfully, there was nothing about the England performance that would lead anybody to get carried away.

But the Three Lions did win – the first time Belgium have lost to anybody for two years – and slowly that potential is turning into a group of players who might just be able to deliver on the day.

For around 20 minutes after the initial exchanges Roberto Martinez’s side showed why they had climbed above the Brazil, France and Germany at the top of the official leaderboard.

Their press was electric. England’s Premier League stars were made to look like clumsy Sunday leaguers as a result and each turnover of possession end in some sort of geometrically constructed passing sequence that on another day might have ended in a runaway victory.

A marginal offside decision saved England when Yannick Carrasco did slide the ball into the back of the net after just 11 minutes. 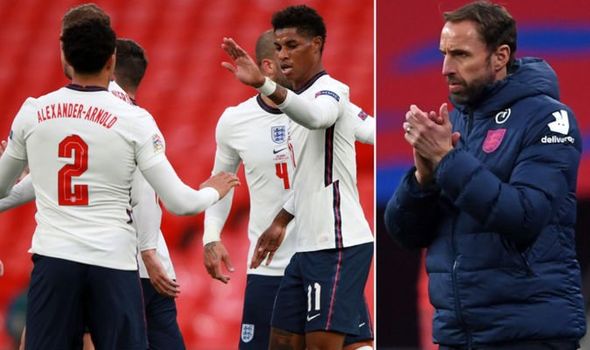 Then, five minutes later, the persistent bustle of Romelu Lukaku pounding in on goal finally snapped the patience of Eric Dier who tried the most hopefully telescopic slide tackle only to miss the ball by at least a foot.

Lukaka made sure he did not miss his foot, of course – cannily picking himself up from the turf to convert the inevitable penalty himself and send a few jitters through the England camp.

As Belgium continued to dominate, it looked like it could get a good deal worse and that has to be kept in the back of the mind ahead of the summer.

But slowly England seemed to find their feet and their confidence. Defensively, the holes were closed one-by-one and the out-ball began to find players who could cope with their markers instantly snapping on their heels.

Although Belgium were still the better side, England began to manoeuvre themselves into more attacking positions.

That included a 38th minute corner at which Jordan Henderson stumbled under the gentlest of hands upon the shoulder from Thomas Meunier – a collapse which the Belgian was still arguing about with the Liverpool midfielder as they headed to the dressing room after the final whistle.

Nevertheless, referee Tobias Stieler pointed to the spot for the second time and after a stuttering run, Marcus Rashford smacked the ball into the top corner.

England had another escape when the irrepressible Carrasco popped up just before the break only to pull his shot wide of the far post.

Then in the second half, England stepped up a gear as Belgium showed signs of beginning to idle. Classic match management. 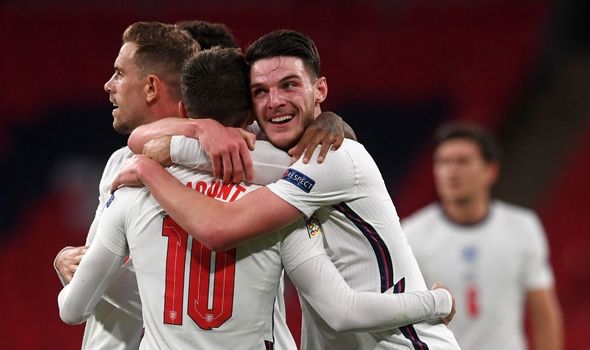 There was a huge amount of luck about the goal that was eventually to prove the winner. Mason Mount’s hopeful swinging shot towards the top corner scuffed across the boot of Toby Alderweireld and looped teasingly over the helpless Simon Mignolet.

But substitute Harry Kane – risked for just 25 minutes after picking up a muscle injury in training – was uncharacteristically wayward with a free header from six yards when you would normally expect him to add to England’s tally.

And Marcus Rashford fizzed a venomous shot just over the bar at the end of England’s best passing movement of the evening.

Declan Rice punched the air at the final whistle and lets not forget, this was three UEFA Nations League points in the bag.

It was composed, it was competent and it was coherent. England may not be the best just yet, but the signs are that we no longer have to feel nervous about considering them contenders.