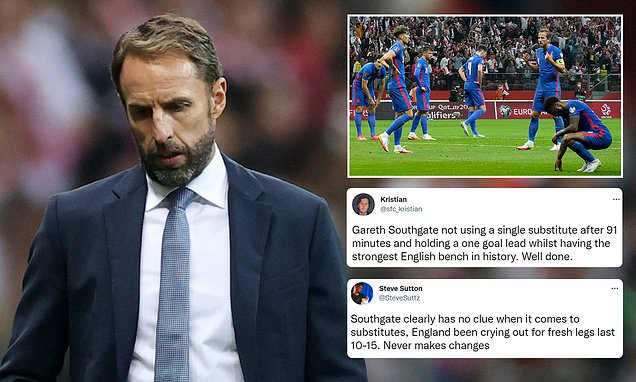 Frustrated England supporters have hit out at Gareth Southgate for failing to make any substitutions in the Three Lions’ World Cup qualifying draw with Poland.

Southgate’s side were ultimately left disappointed in Warsaw after conceding a stoppage-time leveller, and his choice not to bring on fresh legs has been criticised.

Some Twitter users have even accused of him of having ‘no clue’ how to use his bench, and believe his decision was ‘poor game management’. 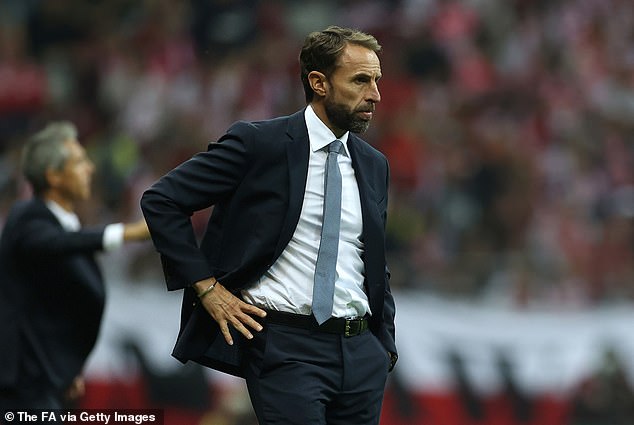 In total, England made 11 changes from the weekend’s victory over Andorra, with the players who defeated Hungary 4-0 recalled.

But the visitors laboured in a feisty atmosphere, despite taking the lead through Harry Kane’s thumping strike from distance in the second half.

They then found themselves penned in around their penalty area, leading to Damian Szymanski heading in Robert Lewandowski’s delivery at the far post to seal a point. 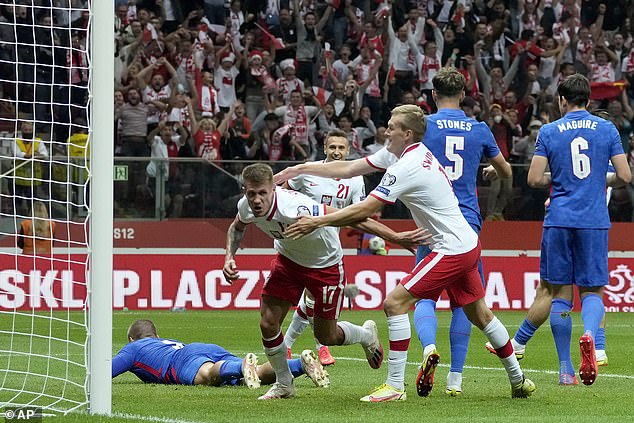 Poland, meanwhile, used all five of their available substitutes and finished the tie as the dominant team.

As a result, it didn’t take long for irked spectators to take to social media to express their anger at Southgate’s approach.

‘Southgate clearly has no clue when it comes to substitutes,’ one user said. ‘England been crying out for fresh legs last 10-15. Never make changes.’

Another posted: ‘Gareth Southgate not using a single substitute after 91 minutes and holding a one goal lead whilst having the strongest English bench in history.’

Meanwhile, a third declared: ‘Southgate must be the most substitute-averse manager I can recall.’ 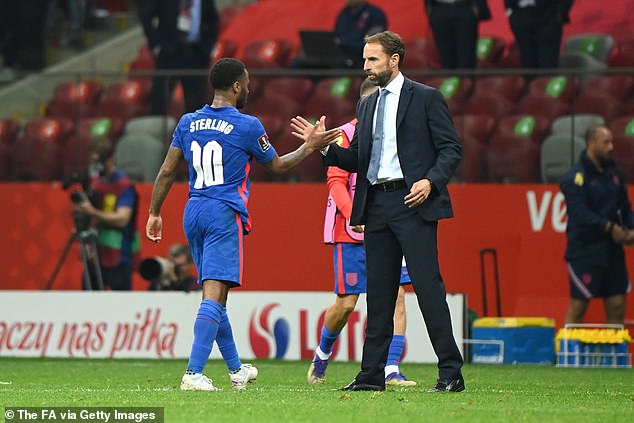 ‘Again Southgate does not bring on a substitute when players are clearly tired and giving the ball away,’ another said, referencing the Euro 2020 heartbreak.

‘It cost them in the final and it’s cost them now. Infuriating.’

‘0 substitutes in 91 minutes btw, in any game you should make changes, but there’s not been a single player on that pitch that has played well for us,’ a fifth wrote.

‘Christ, Southgate has lost the plot.’

A sixth said: ‘England will never win anything with Southgate in charge, not putting on substitutes is absolutely criminal.

‘The players were dead on their feet from the 80th minute onwards.’ 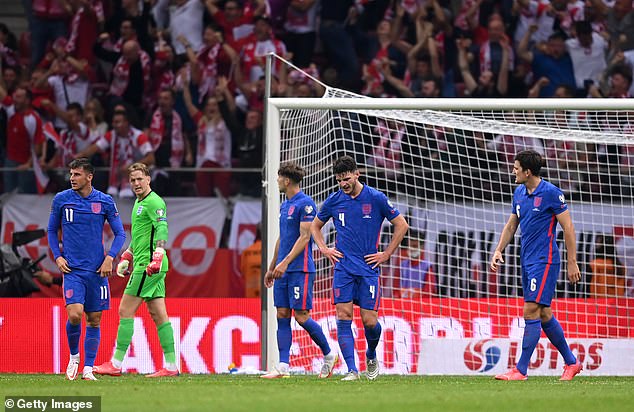 Southgate, however, defended his decision and says he opted against changes because he believed England were ‘in total control’.

He said: ‘We were in total control and to bring players into that moment when everyone was performing to a good level and we were controlling possession, that can put players in who have had to sit in stand and not so easy.

‘There were a couple of times when we looked at it but we were doing well, no problems. We were going to refresh the wide players to run the clock down but we conceded before we could get them on.

‘That is not a good moment then to make changes.’