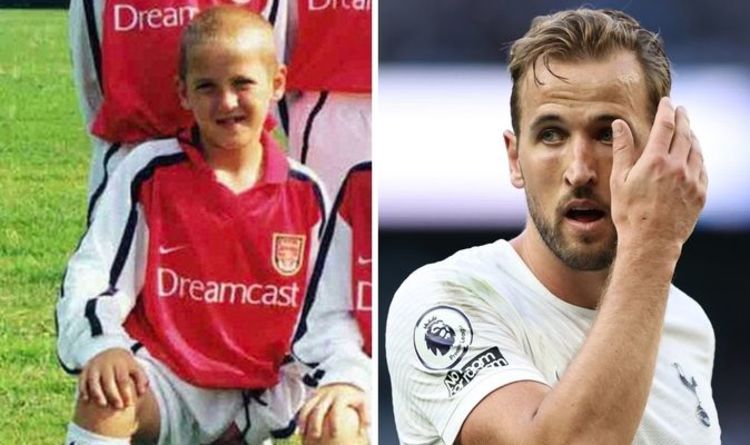 England face Hungary at Wembley tonight as they look to make it seven wins from eight in qualifying and take one step closer to next year’s World Cup. The Three Lions will likely need to win two of their remaining three games to secure top spot in Group I. They thumped Andorra 5-0 on Saturday, and Gareth Southgate is expected to name his strongest XI tonight against Hungary, who were beaten by Albania at the weekend.

Harry Kane looks set to lead the line at Wembley. Last month’s reverse fixture between the two sides was overshadowed by yet more disgraceful racist abuse directed at England players.

The Hungarian FA have been fined and issued with a stadium ban after Raheem Sterling and other England stars were targeted with alleged monkey chants and had cups thrown at them.

Kane, who will replace Tammy Abraham in the starting XI, has had a tough start to the season with Tottenham.

Spurs’ main man attempted to leave N17 this summer after 17 years, but a move to champions Manchester City never materialised.

He has notched 166 Premier League goals in 251 games for the Lilywhites. But Kane wasn’t always on the white side of North London.

He joined boyhood club Arsenal as an eight-year-old, but was released after just one season.

Former Gunners academy chief Liam Brady told Italian publication Correire della Sera in 2018: “He was a bit chubby, he wasn’t very athletic but we made a mistake.”

Arsenal’s legendary former manager Arsene Wenger admitted in 2015 that he was a “bit angry” when he found out Kane had been let go.

Growing up, Kane didn’t have it easy. His initial trial at Spurs was unsuccessful, but he was given another chance after impressing in a game for Watford against them.

He told the Sunday Times in 2019: “I got released when I was eight years old — and at eight, you don’t know how to react to that.

“Luckily I had my family around me to keep me concentrated.

“Since then, I’ve always had a chip on my shoulder. I’ve always wanted to prove people wrong.

“And prove myself that I can do it, as well. I’m very competitive in everything that I do, sport and or non-sport.

Kane first played at Tottenham as a holding midfielder, then in an attacking role, before being transformed into the lethal striker he is today.

The England captain seems to particularly enjoy playing against his boyhood club, even if last month’s North London derby didn’t quite go to plan, with Spurs thumped 3-1 by their bitter rivals.

He is the leading scorer in North London derbies in all competitions with 11 goals in 13 matches. He surpassed previous record holder Emmanuel Adebayor’s tally of 10 in December 2020.

Kane explained he used Arsenal’s loss for his own gain: “You’ve got to make a positive out of everything.

“Things happen for a reason, even bad things. Rejection helps build that resilience inside you, it helps turn negatives into positives. Even failure can be an opportunity.”

Despite Spurs’ ongoing trophy drought, Kane has accumulated a series of individual honours, including three Premier League Golden Boot awards and the same accolade at the 2018 World Cup in Russia.

He sits fifth on the list of England’s highest goalscorers, just 12 behind current leader Wayne Rooney. At 28, he is expected to surpass the Man Utd legend’s record in the not-too-distant future.

Ahead of tonight’s match, England boss Southgate said he “commits a crime” every time he picks a team, with the enormous competition for places in his starting XI.

He confirmed there will be changes from Saturday’s thumping of Andorra.

England vs Hungary kicks off at 7:45pm tonight. Coverage begins on ITV at 7:15pm.