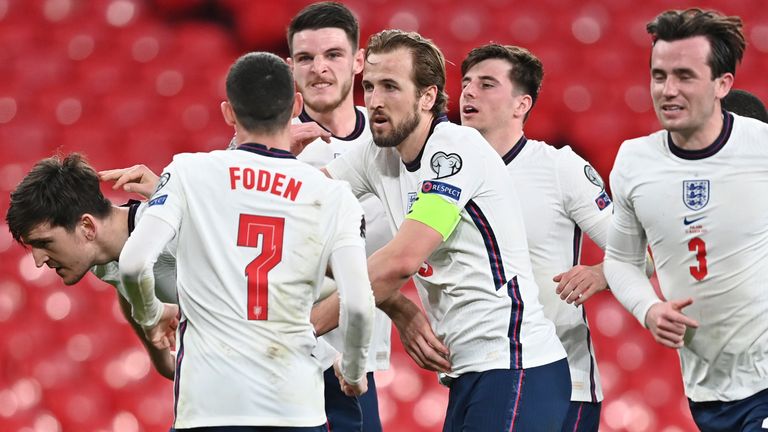 Harry Maguire blasted home late on for England to spare the blushes of his defensive partner John Stones in a 2-1 World Cup Qualifier win over Poland at Wembley on Wednesday.

Stones had been caught in possession to gift Poland an unlikely equaliser through Jakub Moder on 58 minutes, after Harry Kane’s first-half penalty (19) had put England in control.

It was an all-too-familiar error from Stones and looked like being a costly one against an otherwise toothless Poland side, who were badly missing injured Robert Lewandowski.

However, the Manchester City defender was bailed out by his fellow centre-back Maguire, when the Manchester United man thumped in Stones’ knockdown from a corner with five minutes to play.

The win – England’s third in three matches in this qualifying campaign – is an important step towards winning their pool and reaching Qatar 2022 automatically, with Poland seen as their strongest challengers.

With England not involved in another World Cup Qualifier until September, analysis of the performance will also focus on what the display means for Southgate’s side for the Euros this summer – and while Stones’ slip-up will raise questions about the defence, Declan Rice certainly underlined his status as a key man in this side, with Mason Mount also impressing again alongside certainties Kane and Raheem Sterling.

How England pulled off last-gasp win…

Man of the match: Declan Rice

Poland famously ended England’s hopes of qualifying for the 1974 World Cup with a 1-1 draw at the old Wembley and the visitors’ current generation – missing their star striker Lewandowski – set up to frustrate Southgate’s side with a back five.

The approach paid off early on, with England limited to a solitary off-target header from Phil Foden in the opening 18 minutes. But a burst of speed from Sterling eventually opened up the Polish defence, with Michal Helik judged to have brought down the forward – although contact appeared minimal.

The Barnsley defender was furious with the decision but Kane seized the chance, smashing his penalty straight down the middle with just his fifth touch of the game to make it two goals in two games. Sterling should have set up another goal on 27 minutes, when he was played in by Mount but passed straight to Poland’s Kamil Glik when Foden was free for a tap in, before Kane drew a smart stop from former Arsenal goalkeeper Wojciech Szczesny.

There was a tame Kane header and deflected shot from Sterling as England finished the half on top – although they only managed two shots on target and were regretting not being more incisive soon after the restart.

There were warning signs when Pope almost got into a nasty mix-up with Stones, but escaped with a free-kick, and Maguire got away with handball appeals against him when the ball hit him from a deflection, which VAR, had it been in use, may have seen differently.

But just before the hour mark there was no let-off for Stones as he dallied on the ball. He was dispossessed by Moder who, after a one-two with Arkadiusz Milik, finished smartly. 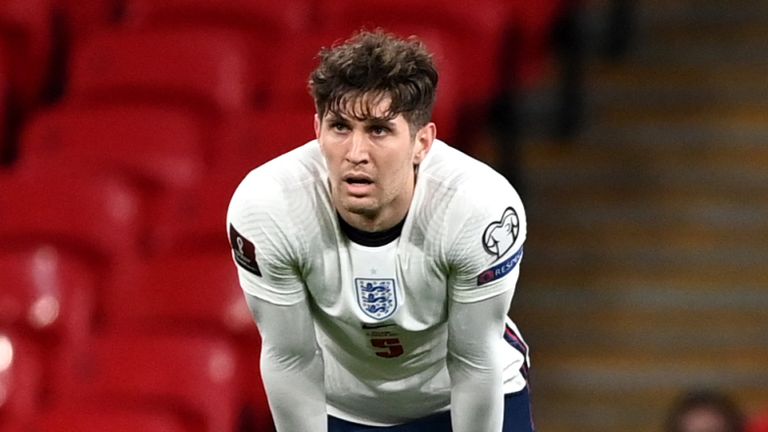 The Manchester City defender had largely removed those kinds of mistakes from his game this season but the error was reminiscent of the lapse he made against the Netherlands in the 2019 Nations League finals, which cost him his England place – but fortunately for him there was a reprieve.

With England putting on the pressure and Foden and Mount denied by desperate blocks, they finally found the winner on 85 minutes, when Stones rose at the back post to nod a corner down and Maguire blasted in.

Ultimately England escaped with a deserved win – and, after a perfect start to their World Cup Qualifying campaign, they can now turn their attentions to this summer’s European Championships. 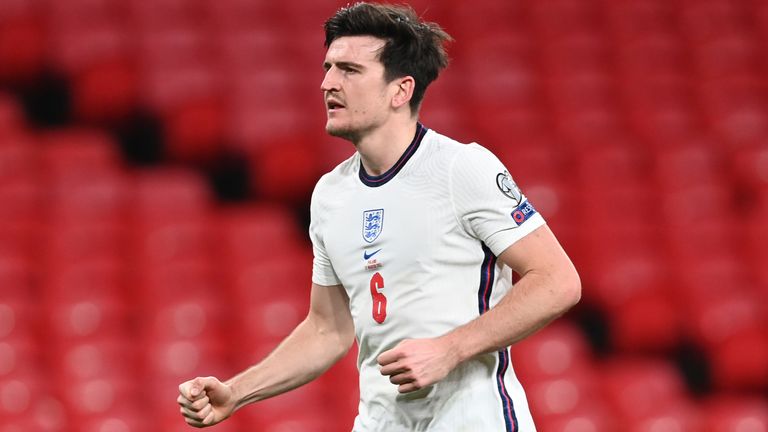 England play Austria (June 2) and Romania (June 6) in their Euro 2020 warm-up games, before kicking off the tournament against Croatia at Wembley on June 12 in the group stages.

Gareth Southgate must name his England squad for the tournament by 11pm on June 1, but he is expected to announce it before that date.