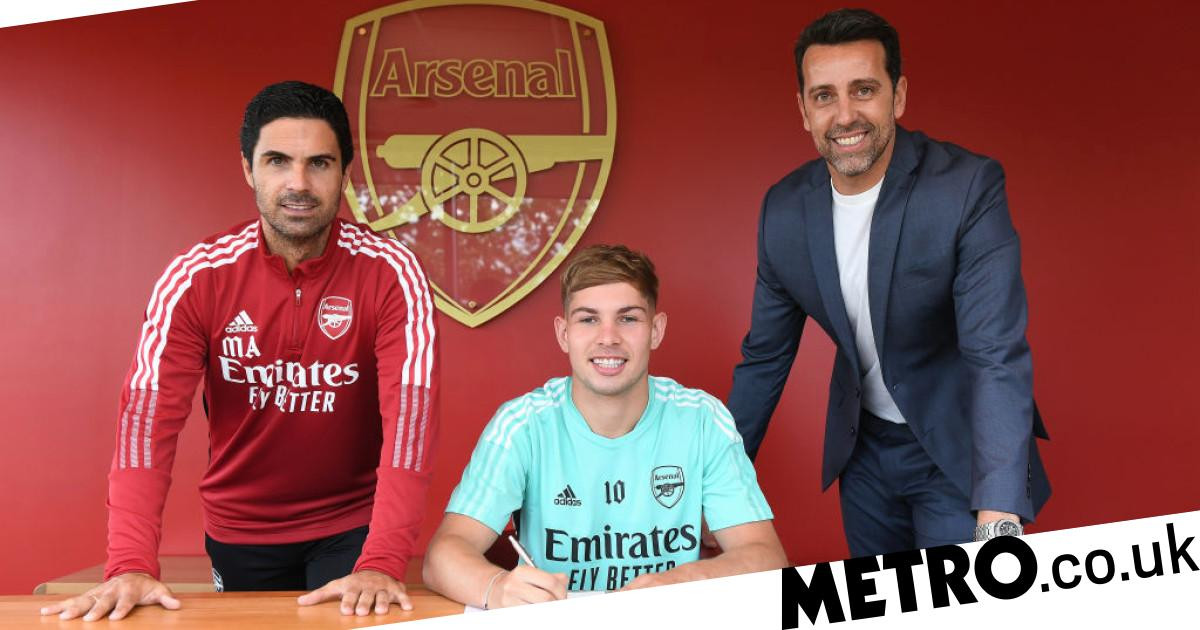 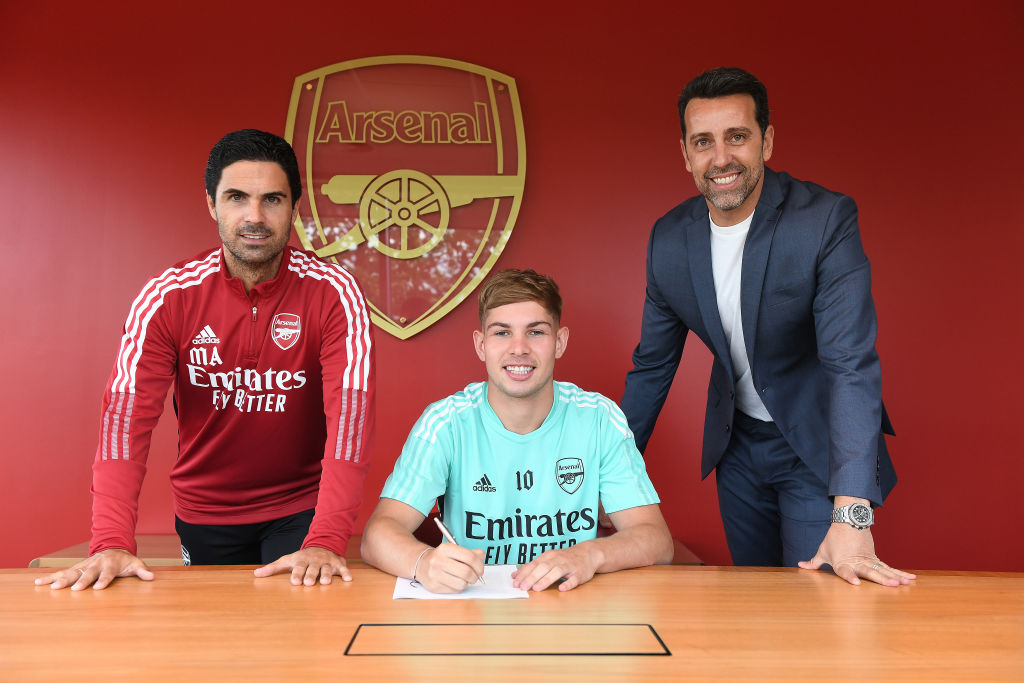 Emile Smith Rowe has signed a new long-term contract with Arsenal and has been handed the club’s No.10 shirt.

The 20-year-old was given his senior debut by Unai Emery in 2018 but made a significant first-team breakthrough under Mikel Arteta last season.

Smith Rowe has attracted interest from Aston Villa this summer, with Arsenal turning down multiple bids, including an offer of £30 million, for the mifielder.

And Smith Rowe has now ended speculation over his future by committing to a new deal with the Gunners.

The midfielder, who wore No.32 last season, has also been given Arsenal’s No.10 jersey which has been previously worn by Dennis Bergkamp, Robin Van Persie, Jack Wilshere and Mesut Ozil.

‘As we all saw last season, Emile is an intelligent player with excellent ability,’ said Arteta.

‘His sharpness on the turn and exceptional vision have already made him a key player for us. His attitude and willingness to learn have also been very impressive.

‘Huge credit to our team in our academy who have given Emile a great education and have worked superbly to help with his development through the age groups.

‘Along with the first-team staff, huge credit also goes to our senior players, who have played such an important role to help Emile develop, gain confidence and perform the way he did last season.

‘I know the fans will join us in being delighted that Emile has committed his future to the club. We’re now looking forward to helping him develop further and seeing him become even more important to the strong young team we’re building.’

Arsenal’s technical director Edu said: ‘This is another important step forward for us and we’re all delighted that Emile has signed a new long-term contract.

‘It’s great to see another young player develop through our academy system to become a key part of our first team. Emile is a player who represents the future of the club and this is why we have given him the No 10 shirt.

‘We have trust in Emile and we know he has the potential to be a beautiful player for many years to come.’