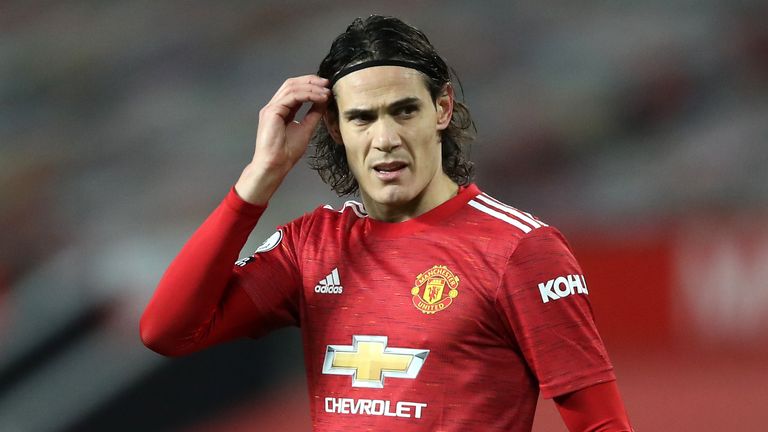 Ole Gunnar Solskjaer insists Edinson Cavani is fit and ready to go after serving his three-match ban following his misconduct charge by the Football Association (FA) over a social media post last month.

Cavani shared an Instagram story from a fan which featured a racially offensive term after United’s 3-2 win at Southampton on November 29, in which 33-year-old scored twice, including a stoppage-time winner. The post was later deleted and Cavani apologised.

Nonetheless, the FA found Cavani to be in breach of FA Rule E3 and he was forced to miss United’s games against Aston Villa, Manchester City and Watford through suspension, a move the Uruguayan Football Players’ Association described a “disrespectful” towards Uruguayan culture.

Cavani is now free to return for United for their trip to Burnley on Tuesday night, live on Sky Sports, where just a point will see United go top of the Premier League table. Solskjaer is pleased to welcome back the veteran striker, who has impressed during his short time in Manchester.

“Edinson has trained well when he’s been banned,” Solskjaer said. “He’s had a couple of days off, of course, as well – you can’t train too much.

“But he’s ready to go, he gives us a different option. He’s a different type of striker or forward than Mason (Greenwood), Anthony (Martial) and Marcus (Rashford), so I’m glad to have him back. That’s why we brought him in.

“He’s contributed really well so far and I’m sure he’ll be really important for us now until the end of the season. We feel the season starts tomorrow night.”

Solskjaer has repeatedly downplayed talk of a title tilt in recent weeks, but ahead of a huge clash with Liverpool on Sunday, also live on Sky Sports, United fans are starting to get excited.

“No-one will remember how the league table looked like on the 12th of January in 2021,” Solskjaer added.

“We are better off this season compared to the same time as last year. We’ve won more games, scored more goals, played better football, so of course that’s a positive.

“But, as I said, no-one remembers the January league table and, for us, it’s just about developing this team, improving.

“I think we’ve shown again that we can bounce back after disappointment. I thought the lads that played the FA Cup game showed good character, attitude and quality.”

Solskjaer has cleared Luke Shaw, and Victor Lindelof for United’s trip to Burnley, where Paul Pogba and Eric Bailly may also be involved.

“All of them trained today,” Solskjaer said of Pogba, Shaw, Lindelof and Bailly.

“Paul and Eric just didn’t do all of it, but Luke and Victor did all of it.”