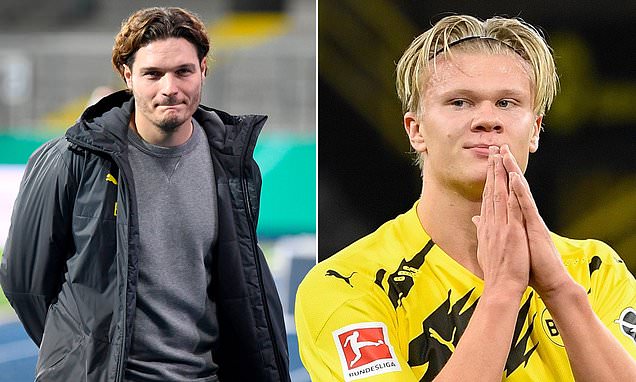 Borussia Dortmund head coach Edin Terzic warned his star striker Erling Haaland he must ‘slow down’ after returning to training.

The 20-year-old missed the whole of December with a hamstring injury, but has been working hard to return to full fitness.

The Norwegian international could only watch from the treatment table as Dortmund only won one of their four Bundesliga matches without him, they are now nine points behind league leaders RB Leipzig. 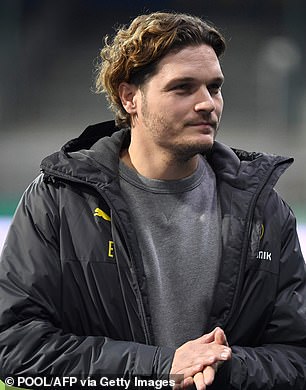 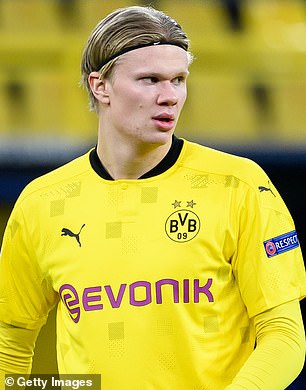 Terzic, who was appointed interim boss until the end of the season, said while he appreciates Haaland’s eagerness to return, he believes a little caution may be needed.

Speaking ahead of Sunday’s Bundesliga home game against Wolfsburg, Terzic said: ‘Erling Haaland is known for his hunger for play, to score goals. This is one of his qualities. We see it in every game.

‘But we have to be careful and tell him to slow down. Especially when he has barely returned from injury. Apart from that, we guide him quietly, but it’s good to see this desire, this hunger.’ 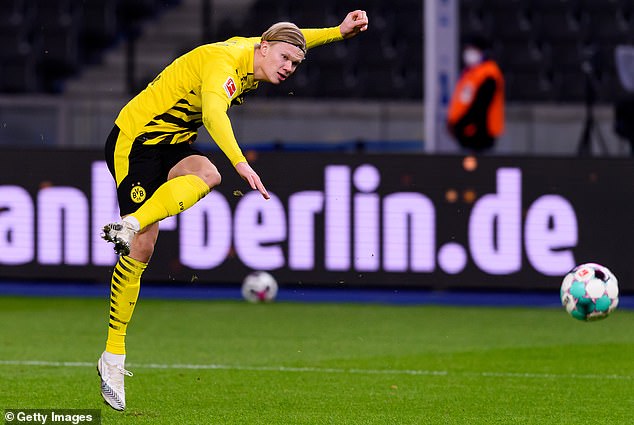 Haaland is enjoying a sensational season with Dortmund. he’s scored  17 goals in just 14 appearances, including 10 in just eight Bundesliga games.

Dortmund’s form however has been nowhere near as consistent, BVB find themselves sixth and their five defeats are the most of any side in the top of half of the league.

Star men such as Jadon Sancho have underperformed this season, the 22-year-old England international is yet to score a league goal this campaign.

Terzic’s side will be without Thorgan Hazard and Youssoufa Moukoko for the visit of Wolfsburg on Sunday.