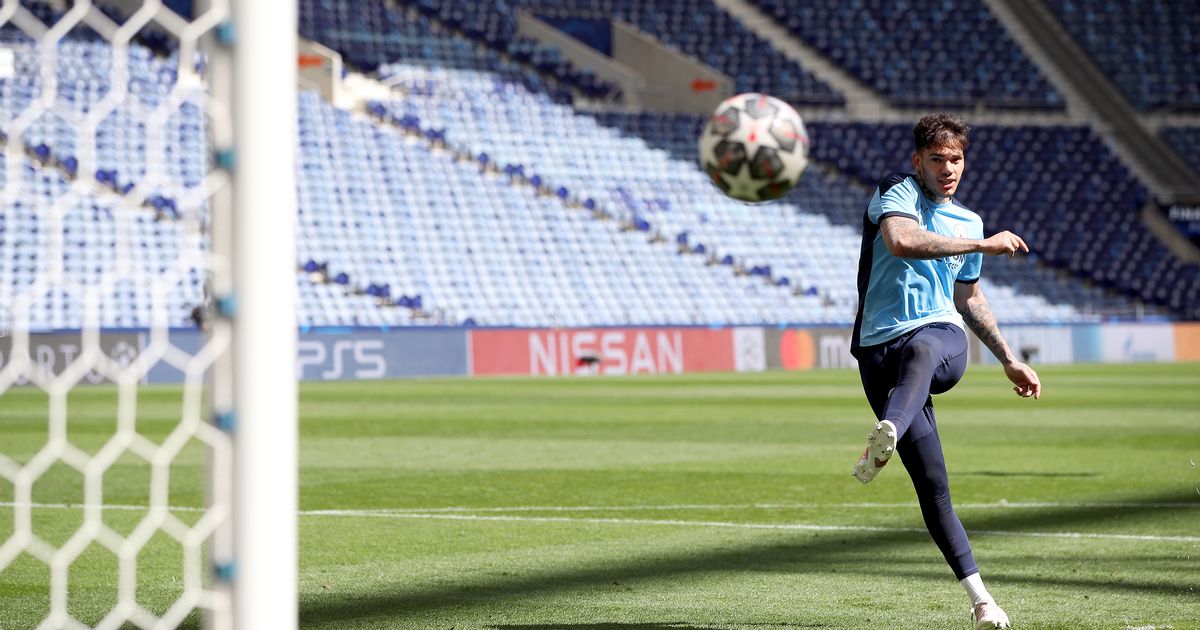 Manchester City goalkeeper Ederson has once again thrown his hat into the ring to take penalties after Pep Guardiola suggested he was in the frame for spot-kick duties.

The Brazilian doesn't lack confidence when it comes to striking the ball from 12 yards, having previously claimed he is the "best penalty taker" in the City squad.

The Premier League champions missed four of their 11 attempts from the spot last season, with Kevin De Bruyne, Raheem Sterling, Ilkay Gundogan and Sergio Aguero all fluffing their lines.

Guardiola gave an honest assessment of his penalty takers after Gundogan missed the target in the 4-1 success over Liverpool in February, hinting that he could entrust Ederson with the responsibility.

"It's a problem that we have," said Guardiola of the German's miss. "In important moments, we cannot miss it, and it doesn't matter the taker.

"Again, I'm going to think about Ederson, he might be the taker next time."

Despite Guardiola's teasing words, Ederson is yet to take a penalty for the Sky Blues – but the Brazilian claims he's ready if and when he gets the nod from his manager.

Asked where he would place his penalty, the 28-year-old told CityTV : "I don't know. It depends on the game, what the game brings.

Do you think Ederson should be allowed to take penalties for Manchester City? Let us know in the comments section.

"Of course the pressure is higher it it's 0-0. In a penalty shooutout as well. But if you're winning 3-0 and there's a penalty, the player is much more relaxed.

"But I don't know how I would take it. But I can't say anyway. I haven't taken a single one and I won't be giving hints for the opponents. I hope someday it happens and you will see."

Before last season's Champions League final with Chelsea, Ederson declared he would take the fifth – and potentially final – penalty in a shooutout, if the match went that far.

In the build-up, the confident keeper set about honing his technique just in case the match did go the distance, converting 10 of his 11 practice penalties in training.

Speaking to reporters at the time, he said: "I am [on the list to take a penalty]. "I don’t need to train that much, but the fifth one, I’m taking it. The last one, the decisive, I’ll ask for it…"

The former Benfica man believes his ability from the spot comes from his time practising set-pieces at the start of his career with Brazilian side Ribeirao.

"I don't train much free kicks," he said last November. "I trained penalties and when I played for Ribeirao I took some free kicks but that is in the past now.

"I am the best penalty taker but I am not chosen to take them!"