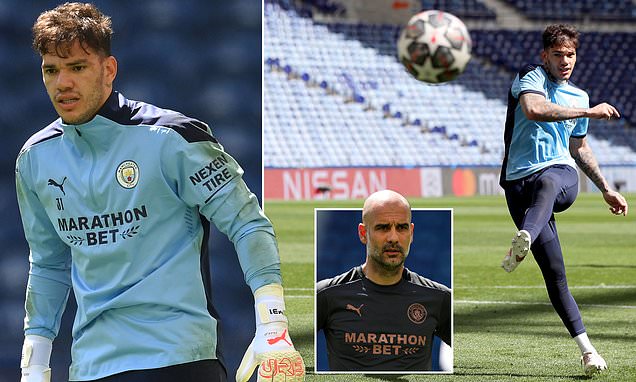 Are you watching, Pep? Ederson smashes a penalty into the top corner during Man City’s open training session ahead of Champions League showdown with Chelsea, just days after goalkeeper insisted he would step up if final went to a shootout

Ederson is no ordinary goalkeeper, that we already know. Even so, a few eyebrows were certainly raised when the Brazilian insisted he would demand to take the fifth and final penalty against Chelsea on Saturday.

But perhaps the perception may now change, after a video of a stunning spot-kick from the enigmatic keeper in training emerged. In fact, Edesron reportedly scored 10 out of the 11 penalties he took.

Edesron’s efforts came in City’s final training session ahead of the biggest game in the club’s history, as Pep Guardiola looks to guide the club to a first-ever Champions League title against Thomas Tuchel’s Chelsea. 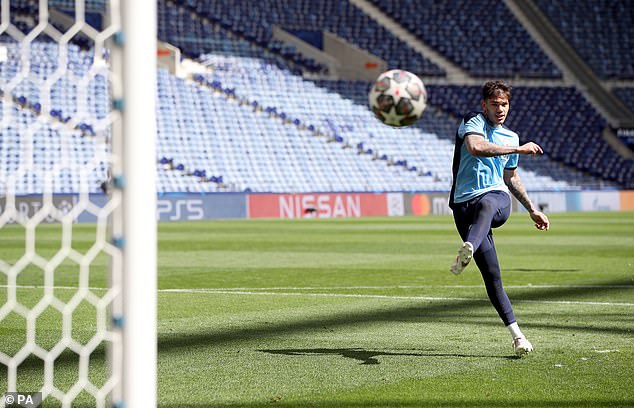 There, the outfield players were faultless. Penalty after penalty, the ball hit the back of the net. And despite the ‘cheat sheet’ hidden in his towel, United ‘keeper David de Gea couldn’t come close to any.

Then came the turn of goalkeepers. And while Villarreal’s Geronimo Rulli scored a stunner in what was his first-ever spot-kick, de Gea’s was saved – and United lost.

With Saturday’s final so closely-contested, it certainly wouldn’t be a surprise should to two Premier League rivals need penalties to separate them – and with Ederson’s performance in training, it would be no shock if he stepped up to take one.

The Brazilian certainly wasn’t lacking confidence when asked if he would.

He told TNT Sports in Brazil: ‘I am [on the list to take a penalty]. I don’t need to train that much, but the fifth one, I’m taking it.

‘I don’t train much free-kicks. I trained penalties and when I played for Riberao I took some free-kicks but that is in the past now,’ he added. ‘I am the best penalty taker but I am not chosen to take them!’ 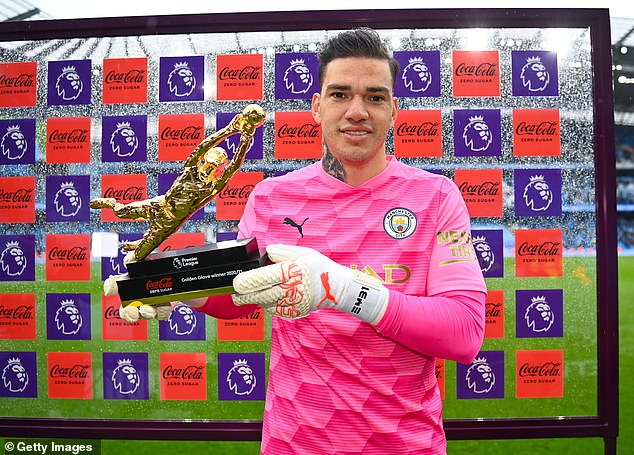 Ederson’s not just good with his feet, he also won this season’s Premier League Golden Glove 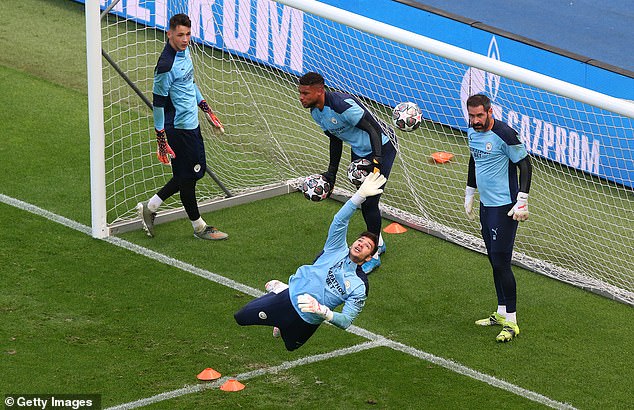 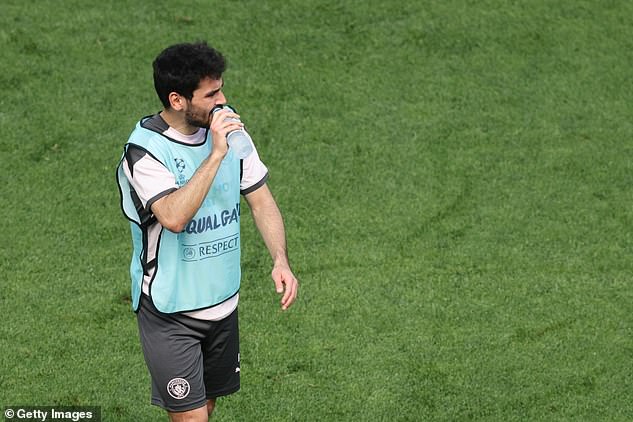 There is a concern for City, however, as Ilkay Gundogan limped out of the training session

Ederson’s outfield qualities have been spoken about for some time now. The Brazilian has previously claimed he could play in midfield, a sentiment echoed by team-mate Bernardo Silva.

Reserve goalkeeper Scott Carson has also validated Ederson’s penalty taking claims, telling the Manchester Evening News: ‘He has smashed a few at me and Zack [Steffen].

‘It’s one of them where you actually want him to score, you don’t want the ball to hit you because he smashes it that hard.

‘It does hurt! He takes a few every now and then and seems to find the side-netting every single time, and with the power. It’s incredible.’

The final session wasn’t entirely positive for City, however, as midfielder Ilkay Gundogan limped off following a collision with Fernandinho.

Gundogan, who is the club’s top scorer this season, was an unused substitute for City’s 5-0 win over Everton on the last day of the season.