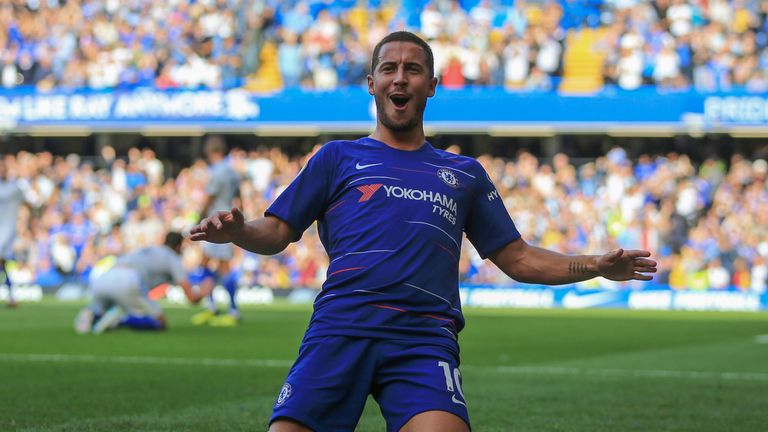 Maurizio Sarri says Eden Hazard is set to return against Crystal Palace, but is unlikely to be able to play the full match at Stamford Bridge on Sunday.

Hazard has been absent since Chelsea’s draw with Manchester United in October due to a back injury.

Speaking ahead of Chelsea’s match against Crystal Palace, live on Sky Sports Premier League, Sarri said: “Yesterday, he (Hazard) had a large part of the training with the team but maybe he will not be ready to play for 90 minutes at the moment – because it was his first training for the past two weeks.

“Probably he will be able to play for 40-45 minutes, so for us it is important.”

Asked if Hazard would start or come on later, Sarri said: “I don’t know, I want to speak with him first.”

Sarri has made a superb start to his career at Chelsea and, if the Blues avoid defeat this weekend, he will equal the record for the longest unbeaten start to a Premier League season by a new manager (11 games).

The Italian is not concerned about such personal milestones however and said: “I don’t want to think about the record, we have to think only about the match and only about gaining points.

“The record is only a consequence of the match. I say to my players that only this match is important.” 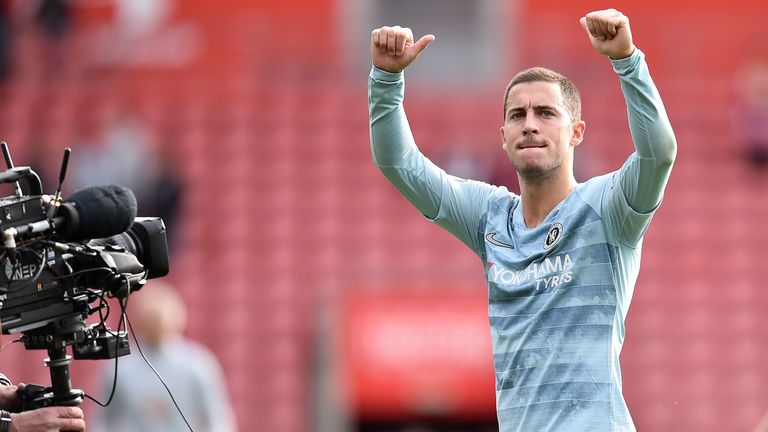 Asked if he thought he would make such a good start, he said: “No – in every experience I have done before, I was in trouble in the first two months!

“Here I was lucky, because the players were able to win without a very good level of tactical organisation.”