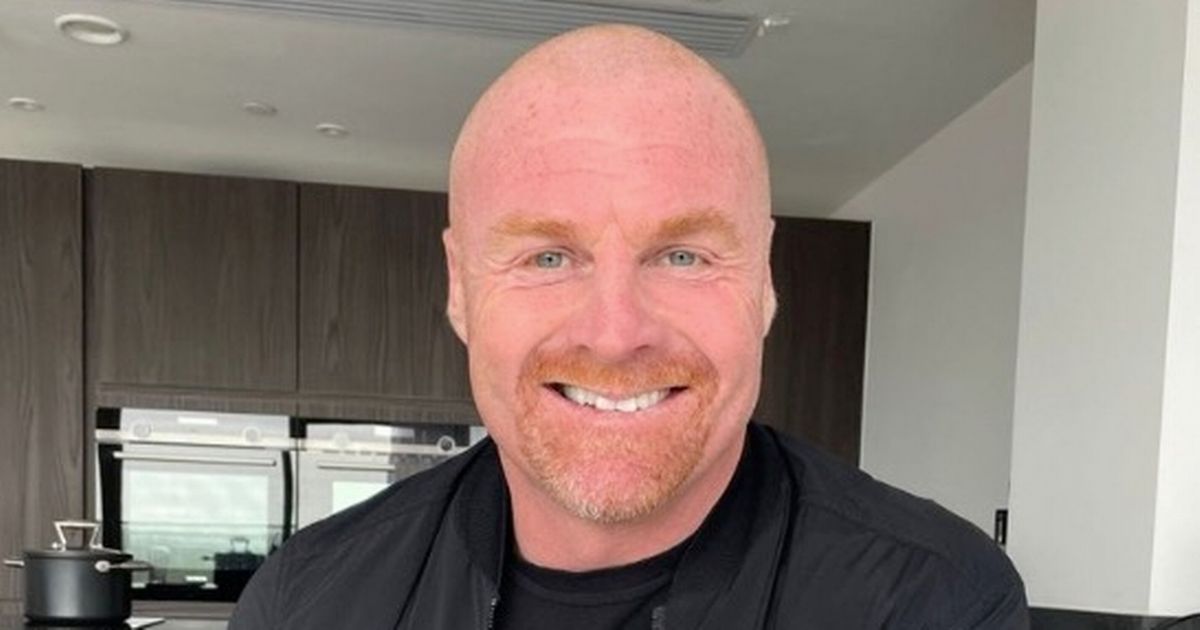 Sean Dyche has been rinsed by fans online for looking sunburnt as he prepares to speak publicly for the first time since being axed by Burnley.

Dyche spent over a decade at the helm in Lancashire before he was given the boot by the club last month in a move that left the footballing world stunned. During his time at the club, Dyche steered the Clarets to promotion twice before establishing them as a Premier League club.

The 50-year-old – who started his managerial career with a brief stint at Watford – has remained silent since he was chopped by Burnley, who are still scrapping for their lives at the foot of the table. But when former pro Richard Sadlier revealed that Dyche had spoken to him on Wednesday afternoon, fans were quick to notice Dyche looked a touch red in a picture shared online.

And fans wasted no time in making fun of the fact that the ex-Burnley boss appears to have spent plenty of time in the sun since his Turf Moor departure. One user tweeted: "Wear sunscreen," while another user quipped: "Been away at all Sean?"

Another used chipped in with their own light-hearted comment, tweeting: "Judging by the comprehensive sun burn it's clear he's been really upset and bitter about being fired," while another joked that Sadlier himself had clearly given Dyche a 'grilling' by posting: "Richie's given poor sean quite a roasting, based on that pic."

Although Burnley's decision to sack Dyche sent shockwaves through the Premier League, the Clarets have benefitted from an upturn in form since they parted ways with their former boss.

Do you think Burnley will avoid the drop this season? Comment below

The strugglers have taken 10 points from a possible 15 under caretaker chief Mike Jackson, who was undefeated until Burnley's 3-1 defeat against Aston Villa at the weekend.

After matching Dyche's record of three league wins all season in his five games in charge, Jackson has lifted the Clarets out of the relegation zone with just three games remaining. They currently sit level on points (34) with Leeds, although the Whites have a far worse goal difference.

Burnley's Premier League fate will be decided by games against Tottenham, Aston Villa and Newcastle. The Turf Moor hierarchy are expected to evaluate the managerial position at the end of the campaign.