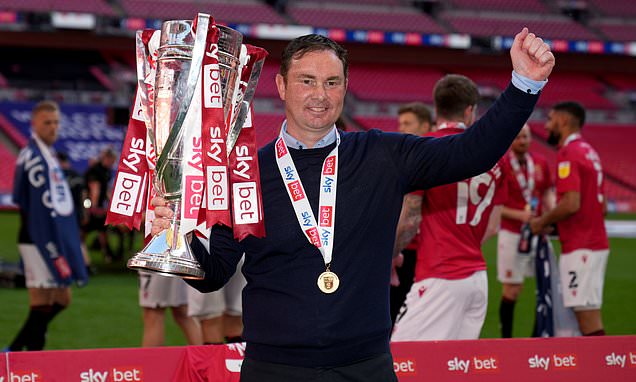 Morecambe boss Derek Adams has left the club three days after leading them to promotion to Sky Bet League One and is reportedly set to be unveiled at Bradford City this week.

The Shrimpers, who beat Newport 1-0 after extra-time in Monday’s League Two play-off final at Wembley, announced Adams’ departure on their official website. 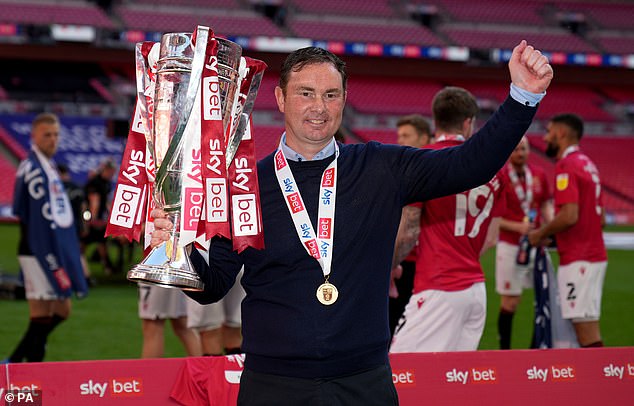 ‘This change and the timing of it presents a challenge, Morecambe Football Club will rise to that challenge and is relishing the test that awaits in League One.’

Former Ross County and Plymouth boss Adams, 45, was appointed by Morecambe in November 2019.

Adams, who has won promotion four times as manager, transformed the Shrimpers’ fortunes in his 19-month spell in charge. 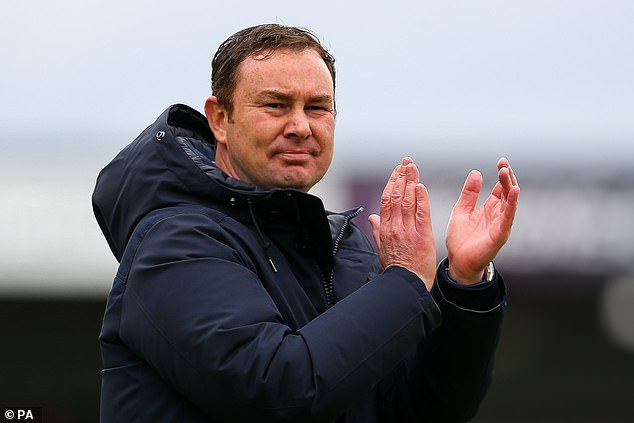 The club had one of the lowest wage bills in the English Football League and were bottom of the table when he arrived.

They finished the regular season in fourth place, missing out on automatic promotion by a point on the final day.

Morecambe’s co-chairman Rod Taylor said: ‘Derek did a fantastic job during his year-and-a-half at Morecambe, not only guiding the club into League One, but also acting as a catalyst for positive change and encouraging everybody at the club to aim higher.

‘For all of that we thank him, and we wish him all the best for the future. 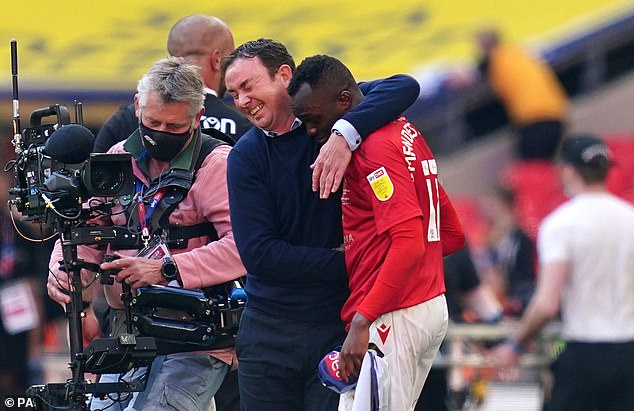 After stepping down, Adams is now expected to be unveiled at Bradford City later this week

‘However, the club is now solely focused on moving decisively to appoint the right manager to build upon the huge opportunity that promotion creates for both the football club and the town.’

The Yorkshire Post claim that Bradford are closing in on appointing Adams, and say he has been a long-term target for them.

Adams was first approached by City in December, having been interviewed for the hotseat, and looks set to join for next season.

Bradford confirmed a press conference to reveal their new coach will be held on Friday afternoon.