‘There were a lot of tears, a lot of emotion and it was very difficult to play’: Wise reveals turmoil of playing for Chelsea just four days after vice-chairman Matthew Harding died in helicopter tragedy

Following the helicopter crash on Saturday that killed Leicester City owner Vichai Srivaddhanaprabha, along with four other people on board, thoughts have flashed back to a similar accident in October 1996 which took the life of Harding.

He died when his helicopter crashed in difficult conditions having just watched Chelsea against Bolton. It was found in the investigation that the pilot did not have the sufficient experience or qualifications to pilot in the conditions. 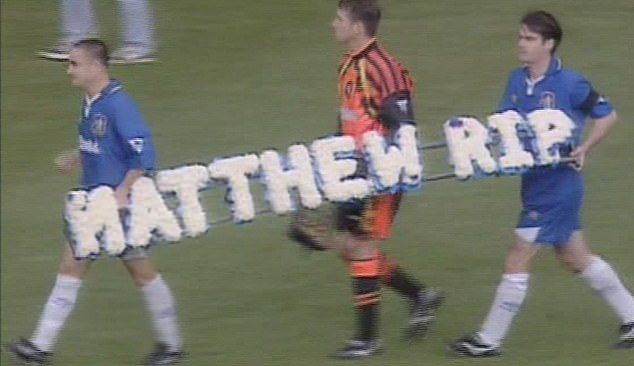 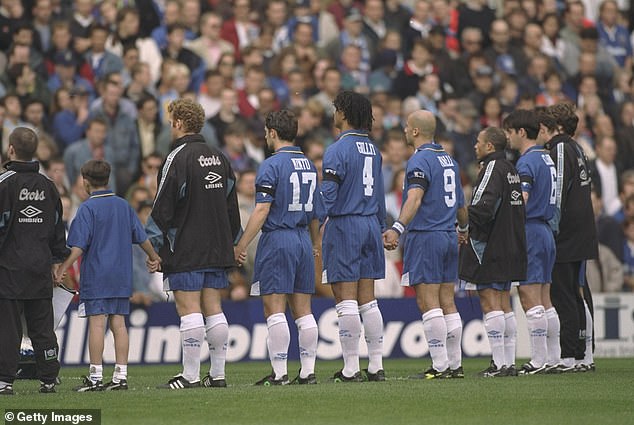 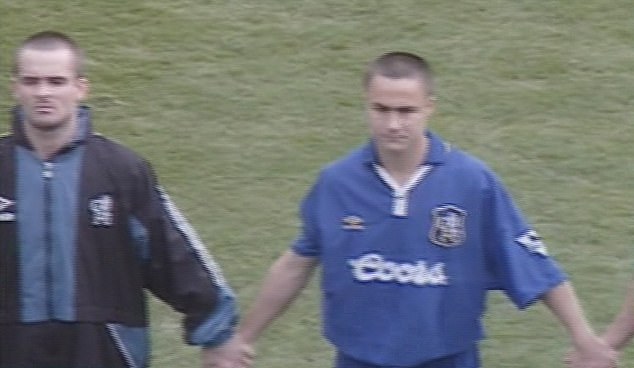 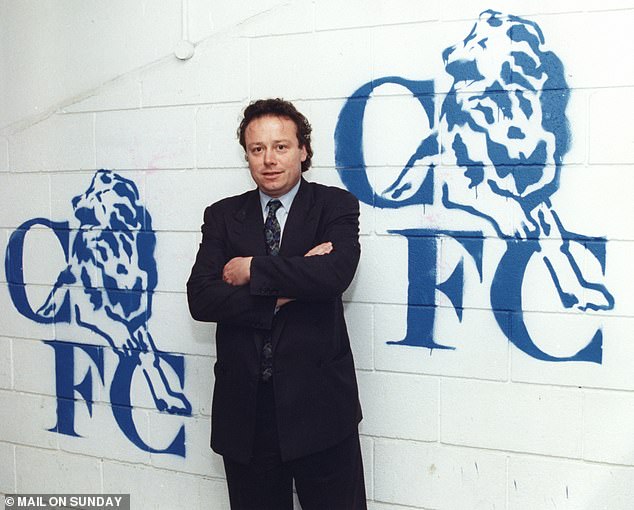 Harding invested £26.5million into the club and was well known by the players and staff

Harding was a big presence around Stamford Bridge having invested £26.5million in the club and had a stand named after him. His wife Ruth and his twins were known by the players and staff.

The club did not postpone their game four days later against Tottenham, when they paid tribute to the vice  chairman, and wise admits it was an extremely difficult occasion.

Recalling the day on Sky Sports, Wise said: ‘It was a very emotional day. There were a lot of tears, a lot of emotion and very difficult to play in, it really was that day.

I think the crowd was a little bit low, we were low and you don’t even remember the game. You just remember the whole situation that occurred and it was really, really sad.

You’re close to his family as well, we knew Ruth and the kids. So when you’re on a personal point of view it’s a little bit different. 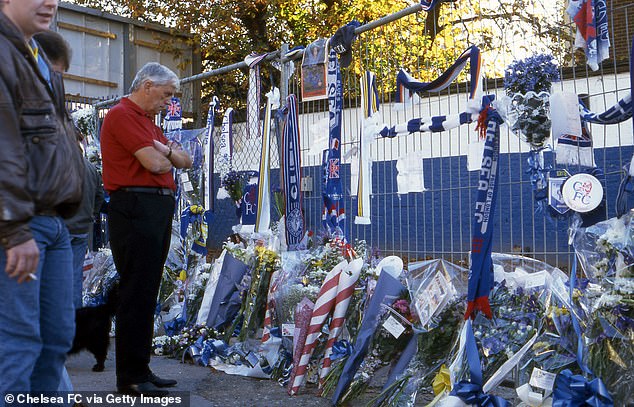 There were floral tributes, scarves and messages all around Stamford Bridge in 1996 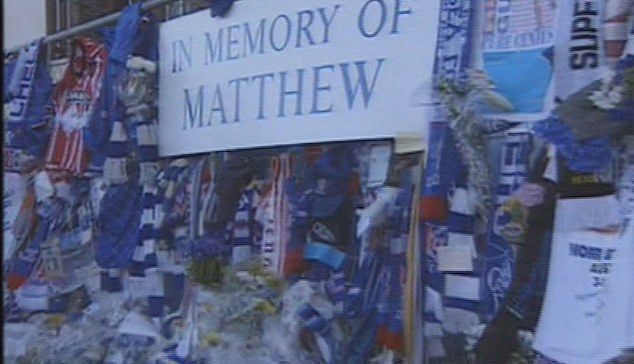 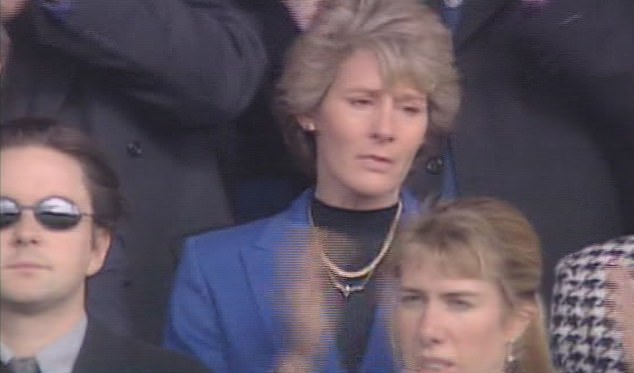 These guys at Leicester, they know him from a personal point of view. It touches your heart and it hurts, it really does and I’m sure they’re going to feel exactly the same as we did so many years ago. It’s not a nice situation to be in.’

The players learnt of Harding’s death when they arrive back in London following the 2-1 defeat by Bolton.

Wise explained: ‘It’s difficult, it really is. I remember getting off the bus and then Ruud [Guillit] told me what had happened.

‘We had to gather the players and speak to the players. It’s a deadly silence, it’s one of those when you think, you sit and try to comprehend what’s just happened and it’s a very difficult thing to get your head round.’ 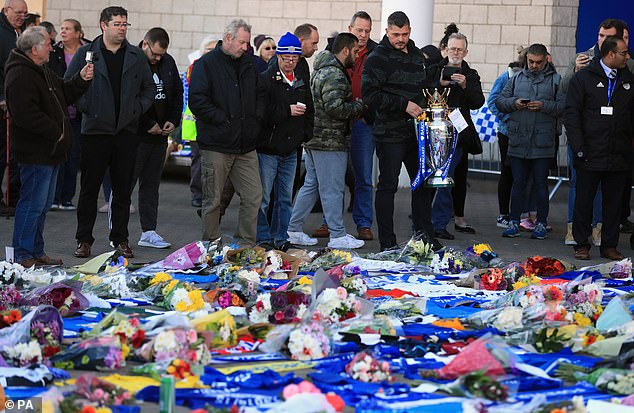 Before the match against Tottenham, Wise carried a wreath into the middle of the Stamford Bridge pitch with team-mates, before a minutes silence was held.

Chelsea won the game 3-1, but it is not a victory which the 51-year-old looks back on with any fondness.

‘It was very difficult that day to play in that game. I love playing football but that day I didn’t enjoy it. It was a funny kind of feeling to be in that kind of atmosphere knowing that someone who had done well for the club had disappeared.’