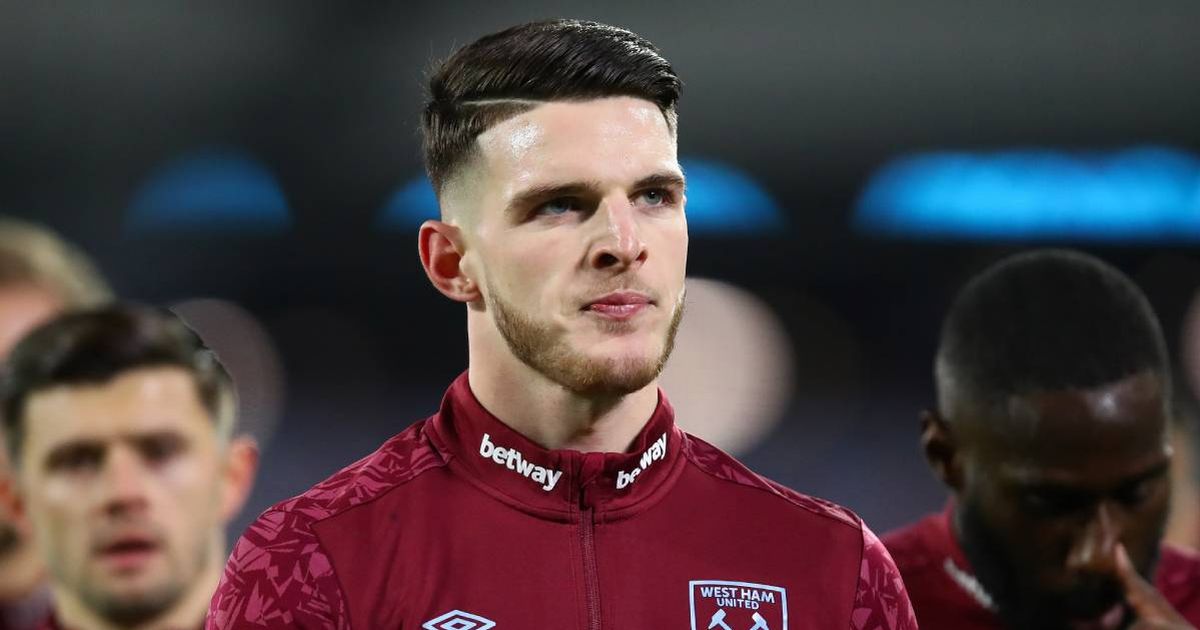 Declan Rice reportedly wants to stay in London despite reports linking the West Ham star with a move to Manchester United.

The Red Devils are believed to have been interested in Rice following his rise through the ranks in east London.

Rice has been the Hammers skipper in the absence of Mark Noble at the age of just 21.

Chelsea are also keen on signing the England star with the Mirror reporting that a move to Stamford Bridge is Rice’s preferred option.

Rice, who can also play at centre-back, is believed to be ambitious for Champions League football while being keen to stay in London.

The Mirror add that Rice has told friends he would prefer to remain in the capital despite the interest from United.

Rice had been let go by Chelsea as a 14-year-old having spent eight years in the Stamford Bridge academy.

And West Ham legend Tony Cottee believes the Hammers should offer Rice a new contract to ward off transfer interest.

Former striker Cottee said: “As far as I’m concerned the only two signings to be bothered about are David Moyes and Declan.

“I’m pretty sure that even now, with his elevated status, Dec will not be earning the same kind of money as the top men in the squad.

“But he’s their most valuable player and in time will become the next captain after Mark Noble.

“I know he signed a five-year deal not so long ago but get him tied down and up there with the bigger earners and make him a bedrock of the future team.

“We all know other teams are interested. West Ham should be acting to secure Declan, so he is not allowed to drift into the last two years of his contract and possibly leave on a free transfer.”