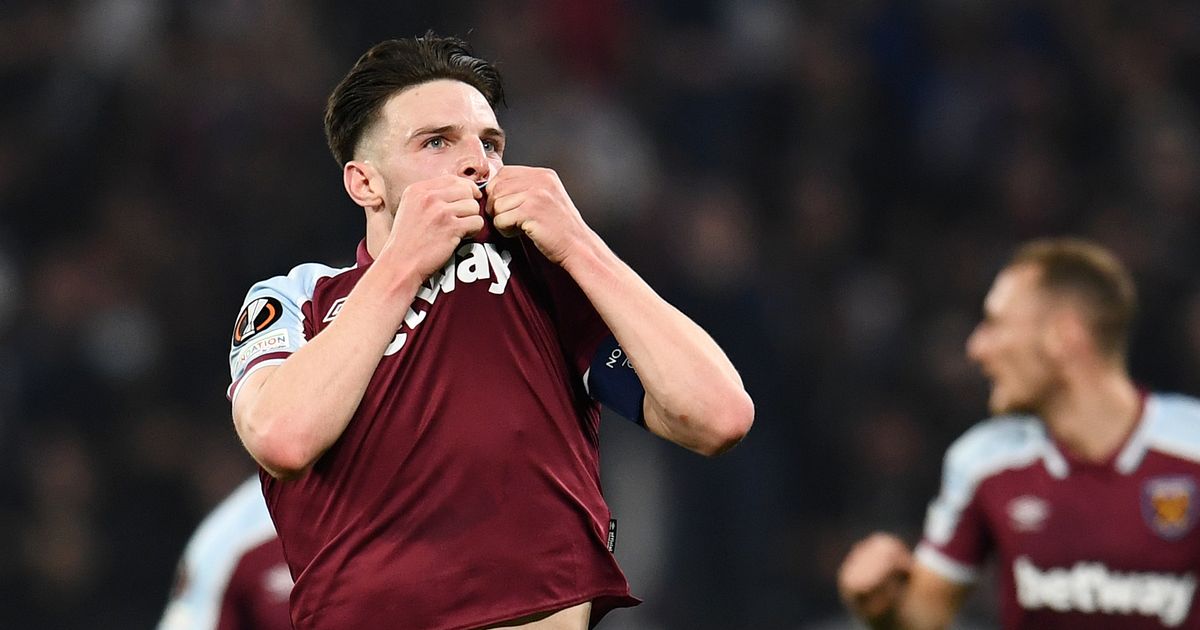 Declan Rice will reportedly remain at West Ham next season with the club refusing to sell him this summer.

The Hammers were widely reported to have offered the 23-year-old a new contract worth a whopping £200,000-per-week on Wednesday. Rice, who is on the radar of several big Premier League clubs, turned down the offer to extend his deal in what was believed to be a huge blow to the Irons.

But Sky Sports now report West Ham will not sell the England midfielder despite his refusal to sign a new contract. That is due to him having at least two more years left on his current deal, which means the Irons are no rush to entertain any offers at the end of this season.

Kaveh Solhekol told Sky Sports News: “West Ham United are very relaxed about the situation. The first thing is, they don’t want to sell him and they are under no pressure to do so. He has two years left on his contract and they have the option to extend that by another year.

“They have offered him a new deal. And the new deal would make him the best paid player in the history of West Ham United. It is an eight-year deal worth £200,000-a-week.

Do you think Declan Rice is the best central midfielder in the Premier League? Let us know in the comments section.

“He has refused to sign that contract so he is keeping his options open at the moment. But West Ham are not going to sell him this summer.”

The transfers expert went on to explain that the east London club will once again attempt to hold talks surrounding Rice's future once the summer transfer window closes on September 1.

Despite a long list of suitors that includes Chelsea willing to meet Rice's £150million transfer value, West Ham's economic situation means they are in no rush to cash in on the central midfielder.