‘We are improving 100 per cent’: Declan Rice confident West Ham are on right track despite suffering successive defeats

Declan Rice is confident West Ham are moving in the right direction despite back-to-back defeats.

The Hammers’ recent revival has hit the buffers after successive 1-0 losses to Brighton and Tottenham.

Erik Lamela’s first-half header was enough to secure victory for Spurs on Saturday but the visitors were indebted to goalkeeper Hugo Lloris, who made two superb saves to deny Marko Arnautovic an equaliser. 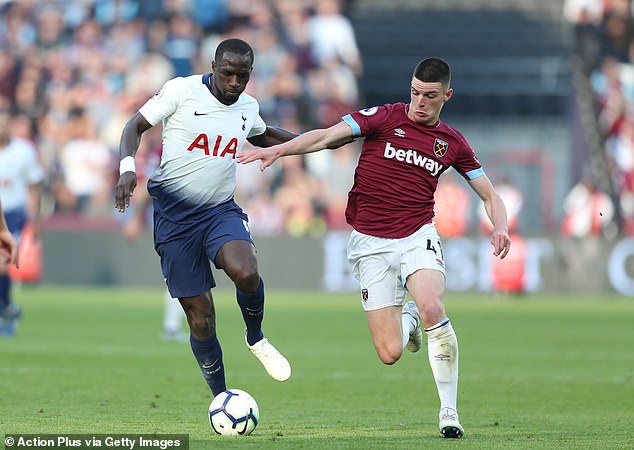 Hammers midfielder Rice said: ‘I thought it was a very, very tight game.

‘We conceded a very sloppy goal from a cross again, but we had so many chances where we could have scored and we were unlucky not to pick up the three points.

‘Hugo Lloris made some fantastic saves. Arnie kept trying and trying and that one in the 90th minute Hugo came out – he’s a top keeper. 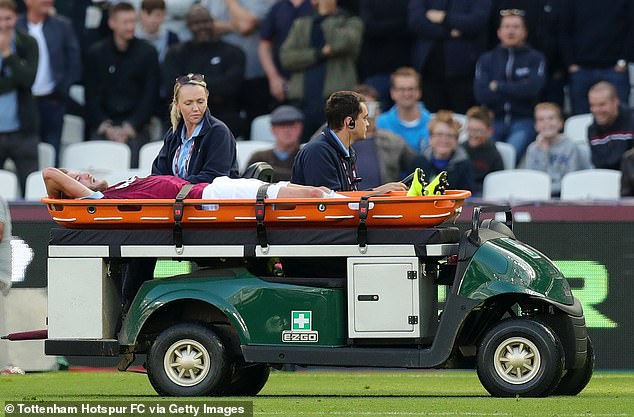 ‘I think we are improving 100 per cent. You can see on the pitch that we’re playing with intensity, creating chances and we just need to be a bit more solid at the back, but that’s going to come.

‘We’re only nine games in and we’ll go again next week at Leicester. I’m confident we can get the three points there.’

West Ham are anxiously waiting to discover the extent of Andriy Yarmolenko’s injury amid fears the winger has suffered a ruptured achilles.

For Lamela it was a fifth goal of the season on what was only his first start in the Premier League this term.

Manager Mauricio Pochettino said: ‘We believe in him, he’s a player who is more mature.

‘This is his sixth year here, he has had a lot of injuries but now he is more mature, more relaxed in front of goal. Now he needs to be consistent.