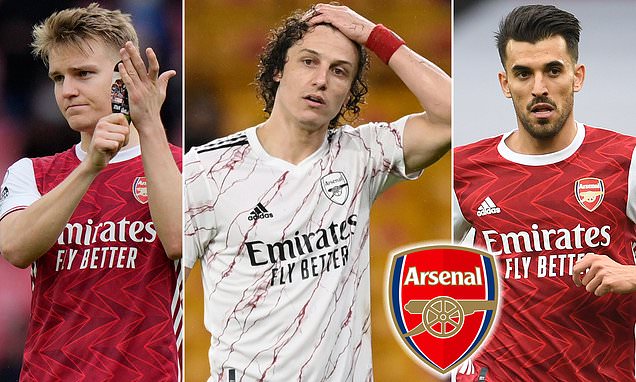 Arsenal have confirmed David Luiz, Martin Odegaard, Dani Ceballos and Mat Ryan will leave the club when their contracts expire at the end of this month.

Luiz informed the club of his decision to leave in May, despite the Gunners being keen on extending his deal for another season.

The defender, who joined from London rivals Chelsea for a fee of £8million in 2019, made 73 apperances for the club but missed the end of the 2020-2021 season through injury. 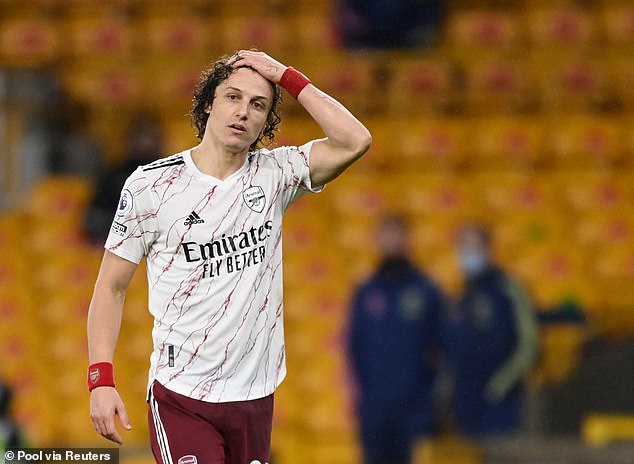 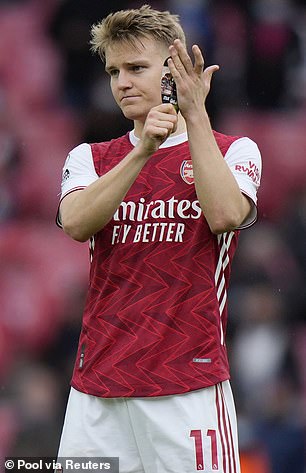 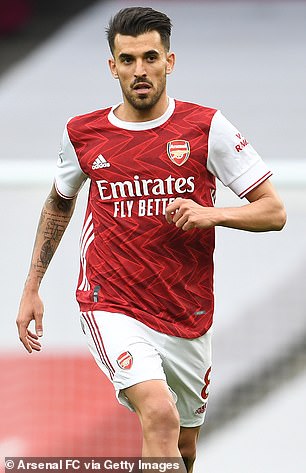 The Brazilian helped Mikel Arteta’s side win the FA Cup and Community Shield during his two years at the club.

Arteta had wanted to retain the experienced centre back but will now have to find a replacement in the transfer window.

Luiz was almost in tears as he gave an emotional speech to his Arsenal team-mates ahead of their final game of the season.

‘If, in some moments, I did something bad with you guys, sorry, but it was always my intention to give my best for you guys,’ he told the squad.

‘It was always my intention to help you guys. I think you guys understood a bit that I am a collective person, so my happiness is to see the others happy. So I try my best.

‘Thank you so much. I hope to see you soon guys. I’m going to play for a few more years and soon I’m going to be coach… so maybe someone from here is going to be my player! I don’t see a lot of parts for young players! [laughs]. ‘But for sure it’s great. It’s never easy when you finish a cycle but it’s always great because God has the best for us.

‘I just say to you guys, especially the young guys, enjoy it because football goes so quickly. One day I was the youngest in the changing room, now I’m the oldest.’

The defender was also given a warm send off from fans who returned to the Emirates for the final match of the campaign. 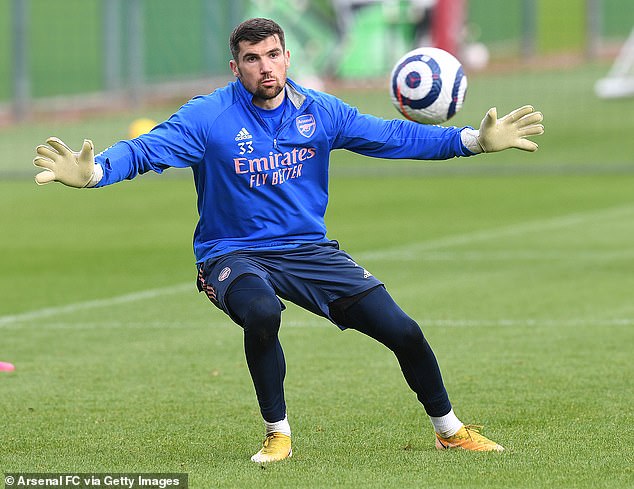 Luiz is not the only player to be leaving the club, with Real Madrid duo Odegaard and Ceballos returning to the LaLiga side following the end of their loan spells.

Odegaard joined the Gunners in January while Ceballos spent two years on loan with the club.

Goalkeeper Ryan, who joined on loan in the winter, will return to parent club Brighton. The shot-stopper made three appearances five-month spell in north London.