David Beckham is already targeting another MLS title after his protracted push to own a team took a positive step forward.

The former England captain, a two time League winner with LA Galaxy during his playing days, was beaming here on Tuesday night after Miami voters threw their weight behind trying to end a near five year saga which at times has looked doomed following a failure to find a suitable stadium site.

Around 60 per cent of voters agreed to alter regular city protocol and allow a no-contest bid on city owned land meaning the former Manchester United midfielder and his investment group — Miami Freedom Park Group LLC — can now negotiate a 99-year lease for their latest target: city owned land at the Melreese Country Club, the city’s only municipal golf course, near Miami airport. 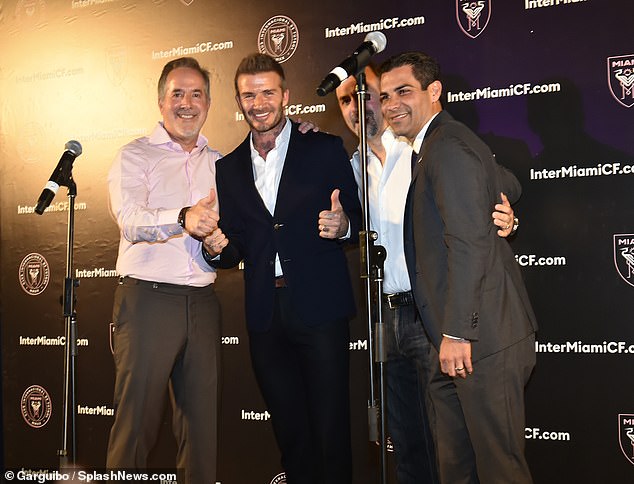 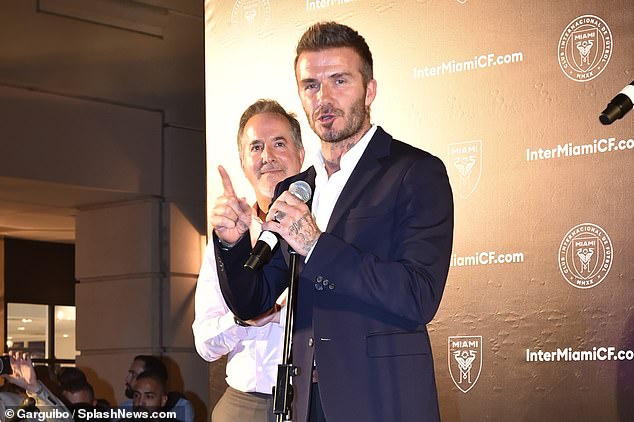 This is Beckham’s fifth proposed site — a plot of land in downtown Overtown was purchased in 2016 but now isn’t part of their plans.

‘We have hit some roadblocks and a few speed bumps but we have shown the world that persistence and perseverance can make things happen, ‘ Beckham told a packed Coral Gables crowd with many decked out in Inter Miami shirts while a huge flag adorned with the Manchester United legend’s face was waved in the air.

‘We will be a championship winning team with great players and homegrown talent. From day one, this has been for the fans.’ 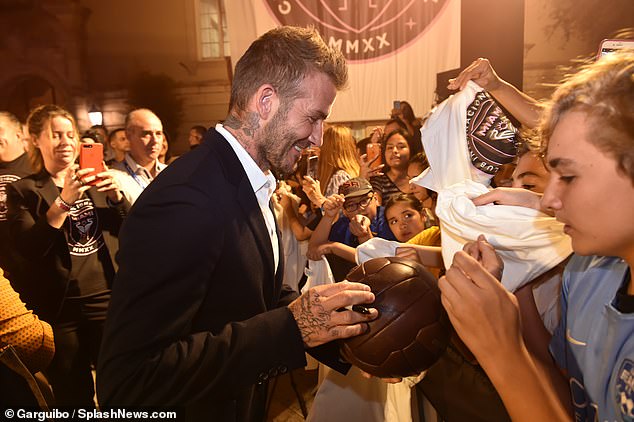 Beckham signs shirts adorned with the Inter Miami logo, as well as footballs for supporters 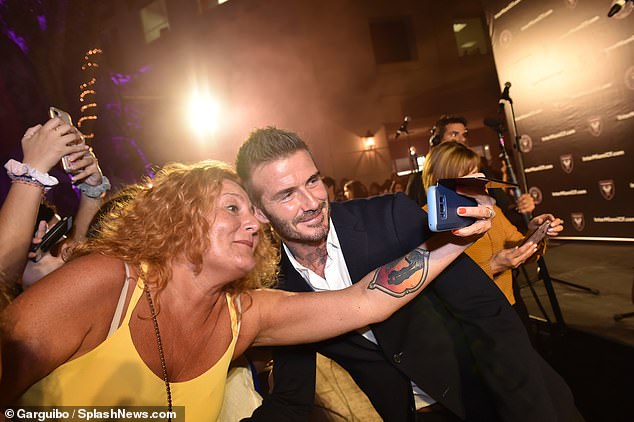 Becks and his fellow investors , who include Miami based construction magnates Jorge and Jose Mas, now have to try and convince four out of the five city commissioners that the $1billion development – dubbed Miami Freedom Park – which will boast a huge shopping mall, 750 room hotel, business park as well as a brand new stadium, is a good deal, and a necessary one, for everyone concerned.

It won’t be easy though — two of the politicians involved are vehemently against the plans and voted against Beckham throwing this vote for a no-compete bid out to the public.

‘I am very optimistic, ‘ said Jorge Mas of the battles ahead. ‘The amount of players who want to be part of this Miami journey is extensive. We have a list of coaches too. There will be a good product on the field.’ 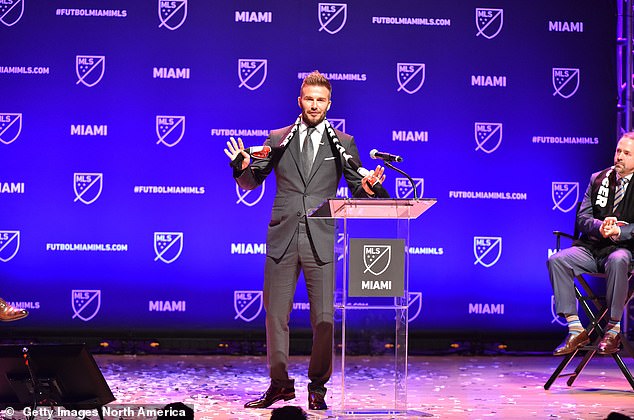 When Beckham announced his plans to become a team owner in February 2014, no-one — not even the 43 year-old Londoner — thought it would take this long to work everything out.

It has been a nightmare trying to navigate the political minefields of Miami with red tape causing havoc at every turn.

But, crucially, with local investors like the Mas brothers on board, a positive outcome is now within reach.

Certainly, the reaction from fans here has been encouraging.

There was a very healthy crowd to greet Beckham with deafening cheers once the results came in leaving no-one in any doubt that Inter Miami will generate huge interest when they finally kick a ball for the very first time.

‘We want to create a legacy, something our children will aspire to,’ added Beckham.

There are, however, new problems to overcome.

The Melreese site is built on a giant pile of toxic waste which could cost upwards of $35million to clean up. Doubters have suggested the plans will encounter many more roadblocks before building permits are granted, something which must happen by November 2019 according to their MLS expansion agreement. 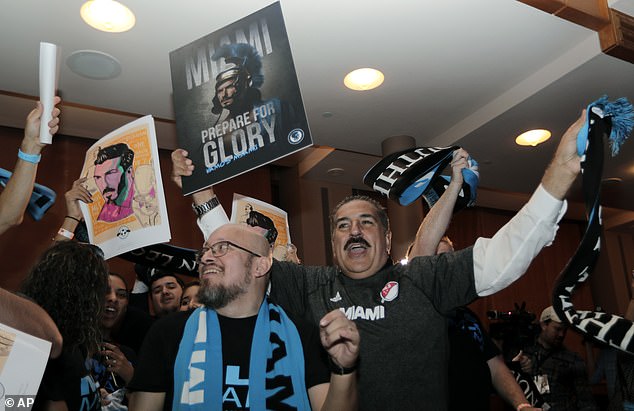 Critics fear the clean-up costs could spiral and leave the taxpayers footing the bill — a daunting prospect after the uproar caused after baseball’s Miami Marlins Stadium fiasco left locals with a tab which has almost reached $3bn.

Locals were encouraged to vote ‘yes’ to ensure jobs and other benefits for Miami including $20m to help reinvigorate other public parks in the area.

MLS stress the team will begin playing in 2020 although it will have to be at a temporary venue, potentially at the Hard Rock Stadium, home of the Miami Dolphins, or the Marlins baseball stadium.

‘We will look at all options,’ Jorge Mas said.