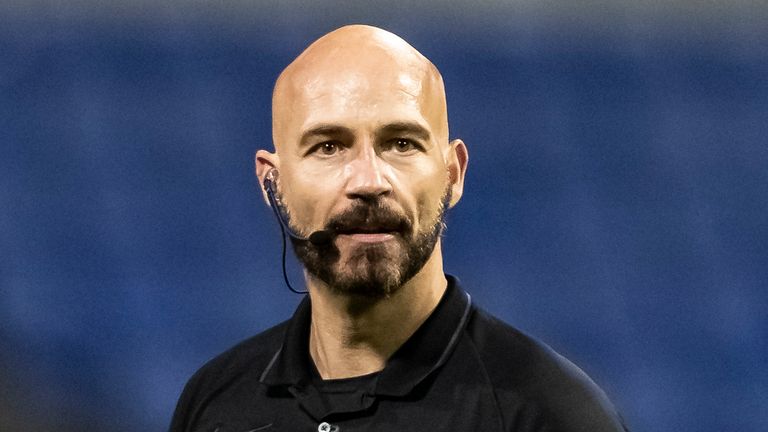 Darren Drysdale, the referee charged by the FA with improper conduct for squaring up to Ipswich’s Alan Judge, continues to be unassigned to any EFL fixtures.

Drysdale, 50, was taken off duty for Saturday’s League Two match between Southend and Bolton.

He was left out of the midweek fixtures and will once again not officiate this coming weekend.

Video footage of last week’s incident, which saw Drysdale pressing heads against Judge during Ipswich’s 0-0 draw with Northampton, has been viewed, shared and liked hundreds of thousands of times combined on social media.

Drysdale apologised for the incident, but Judge has responded to say there was no need to say sorry for the confrontation.

Both exchanged words in the 90th minute after the midfielder’s appeal for a penalty had been turned down before the 49-year-old Lincolnshire official leant into Judge.

Judge said: “There was no need for an apology. I wasn’t looking for one or looking for any action to be taken. In football as everybody knows stuff happens in the heat of the moment in a game. We all make mistakes and for me that is the end of this.”

In a statement last week, the FA said: “Darren Drysdale has been charged with a breach of FA Rule E3 following last night’s EFL League One game between Ipswich Town FC and Northampton Town FC.

“It is alleged that the match official’s behaviour during the 90th minute of the game amounts to improper conduct and he has until Thursday 4 March 2021 to provide a response.”