Lopetegui was dismissed last week after less than five months in charge of Real, following a hefty Clasico defeat by Barcelona and a dire run of form in which they sunk to ninth in La Liga.

The coach has endured a nightmare year after being sacked by Spain on the eve of the World Cup after agreeing to take the Real Madrid job. 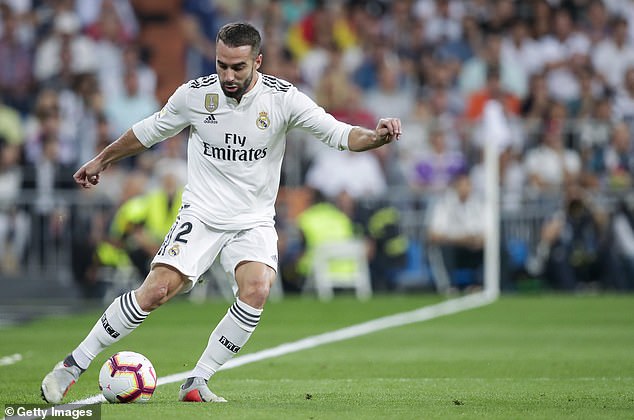 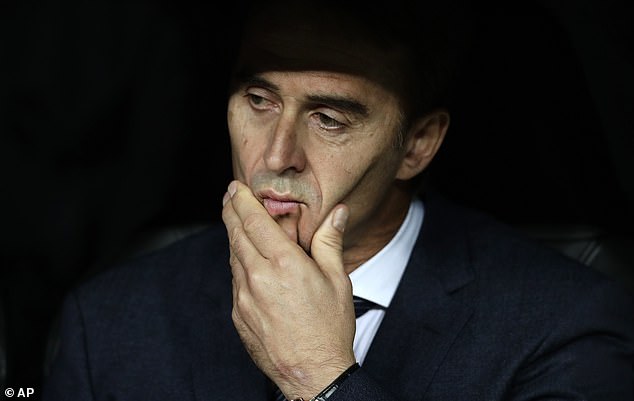 However, Carvajal, who won three Champions League titles with Real under Zinedine Zidane, is standing by Lopetegui.

‘For me, he’s the best coach that I have had,’ Carvajal told TVE. ‘Unfortunately, he lacked the bit of luck necessary to continue with us. His way of seeing football, his way of managing the group, of being with the players, is something I share.

‘I said it before he arrived at Real Madrid, I’m still saying it now he’s gone, and I will keep saying it until I have a coach that’s better than him.’ 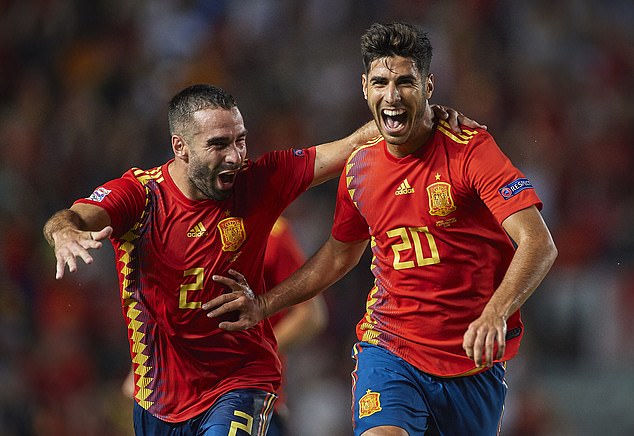 Carvajal (left) worked with Lopetegui when playing for Spain and Real, and praised him

Lopetegui’s replacement, interim coach Santiago Solari, has two wins from his two matches in charge, although Carvajal has not featured due to a calf injury.

The right back is not available for Real’s trip to the Czech Republic to face Viktoria Plzen in the Champions League on Wednesday.