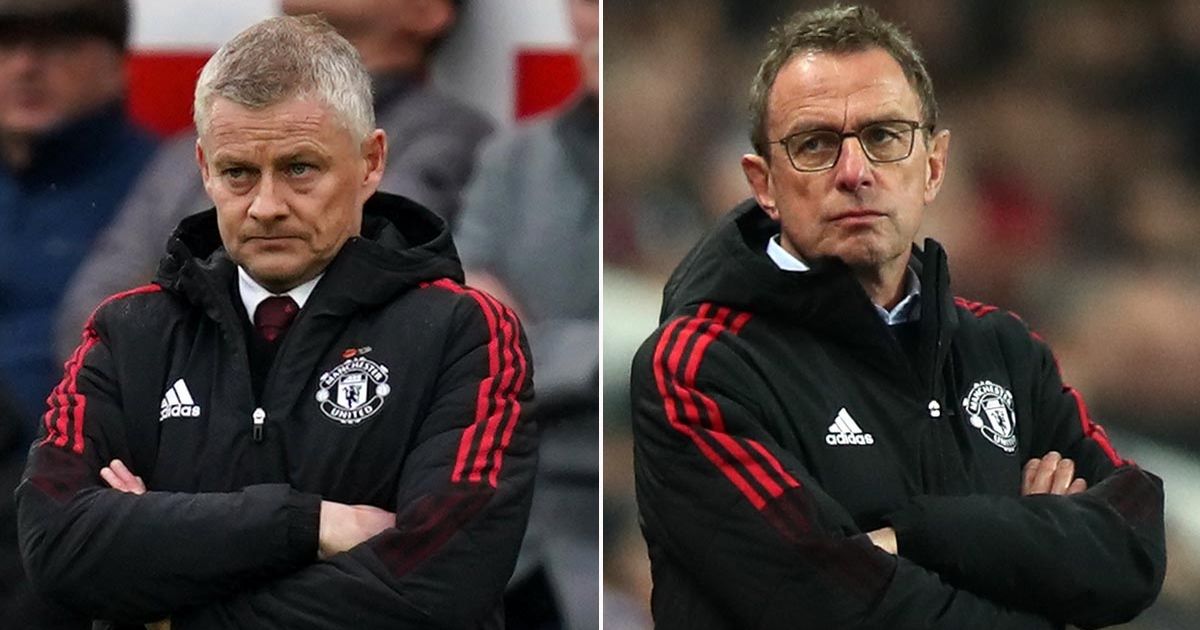 Manchester United cult hero Kleberson believes his old club made a mistake sacking Ole Gunnar Solskjaer and appointing a manager who has a completely different methodology to the Norwegian.

United dismissed Solskjaer after a dismal 4-1 defeat to Watford in November, with the club seventh in the table and 12 points adrift of leaders Chelsea at the time. Ralf Rangnick's appointment as interim boss the following month was supposed to provide the Red Devils with the structure and impetus to kick on and challenge for the top four.

But the German has failed to give United the kick up the backside they required, with last week's embarrassing 4-0 defeat to Brighton putting the nail in the coffin of their lingering Champions League hopes.

Samba star Kleberson spent two years at Old Trafford from 2003 to 2005. And although he doesn't believe it was an error appointing Rangnick per se, he says his old club should never have let Solskjaer go in the first place.

Speaking to Paddy Power, the former Brazil ace said: "With Ole Gunnar Solskjaer, fans weren’t happy with the style of football United were playing but the mistake wasn’t hiring Ralf Rangnick, it was firing Solskjaer.

"It’s never a mistake to bring in a new manager but Rangnick has a clearly defined methodology of pressing, bringing through young players, and the team moving as one. It’s hard for the players to adapt to this new style so quickly.

"The mistake was firing Solskjaer and bringing in someone with a completely different methodology and that’s impacted United’s results."

Do you think United should have stuck with Ole Gunnar Solskjaer? Let us know in the comments section.

Billed as the Godfather of Gegenpressing, it was thought that Rangnick's appointment would spark United into life on the pitch. But with just one game to go until his sorry tenure comes to an end, it's obvious to all that it did nothing of the sort.

United's style and form hasn't improved under the German, whose 39.29% win ratio is the worst of any Red Devils coach since Frank O'Farrell in the early-1970s. Kleberson agrees that Rangnick's appointment didn't work and reaffirmed his opinion that United should have stuck with Solskjaer.

"He [Rangnick] hasn’t really improved on the way United played when Solskjaer was in charge, and we still see the same low quality and low intensity performances," he added. "They should have stuck with Solskjaer until the end of the season and given the new manager pre-season."

New boss Erik ten Hag will get a full pre-season with United's stars, but whether that is enough to cajole them into life next term is another matter altogether.