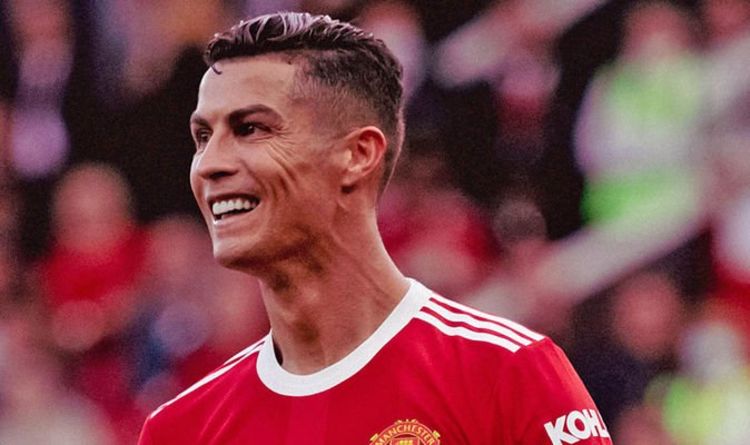 Cristiano Ronaldo marked his return to Manchester United with a brilliant brace against Newcastle on Saturday. The Portugal international has now notched 120 goals for the Red Devils. But where does that put him in their list of all-time leading goalscorers?

It was a fine afternoon for United as they put Newcastle to the sword.

The majority of the supporters inside Old Trafford were ecstatic before the match got under way, with Ronaldo greeted to a jubilant reception.

And they were still singing his name come the end of the contest.

Ronaldo scored twice for the Red Devils, with Bruno Fernandes and Jesse Lingard then getting in on the act in the closing stages.

But he’s still sitting in 18th when it comes to their all-time leading goalscorers, with the forward now one strike away from matching Andy Cole’s record.

Ronaldo has bagged 120 goals for the club across two spells, with Cole netting 121 times.

After Cole, Ole Gunnar Solskjaer struck 126 times from 365 appearances for the club, one less than Brian McClair.

Sitting in 11th is Ruud van Nistelrooy, with the prolific Dutchman scoring 150 goals from 219 appearances during his four-year stint with the side.

Eighth on the list is Ryan Giggs, who scored 168 times from 963 matches.

That’s the same amount as Joe Spence and 11 less than the great George Best, who is widely considered to be one of their best-ever players.

Dennis Viollet was a key member of the Busby Babes generation and struck 179 times, with Jack Rowley next on the list with 211.

Sitting in third is Denis Law, with the former striker netting 237 goals.

Second is Sir Bobby Charlton with 249 and, sitting at the summit, is Wayne Rooney.

Rooney scored 253 goals for the club, meaning he’ll always be remembered as an Old Trafford legend.

And whether Ronaldo is able to match, or better, some of the names on the list remains to be seen.

Speaking after his second debut for the club, meanwhile, Solskjaer waxed lyrical over his sensational performance.

“He said his name was Cristiano, that’s as much as I can say,” Solskjaer said.

“Of course everyone when they come into the team has to introduce themselves. Maybe not everyone knew his name but they do now.

“The atmosphere around the club has been electric.

“The supporters have really enjoyed the last 10 days or so since he signed.

“There were loads of expectations on the team and him and he’s delivered.

“He puts demands on himself which then will put demands on his teammates and on us. That’s why he has done so much in his career and been so disciplined.”