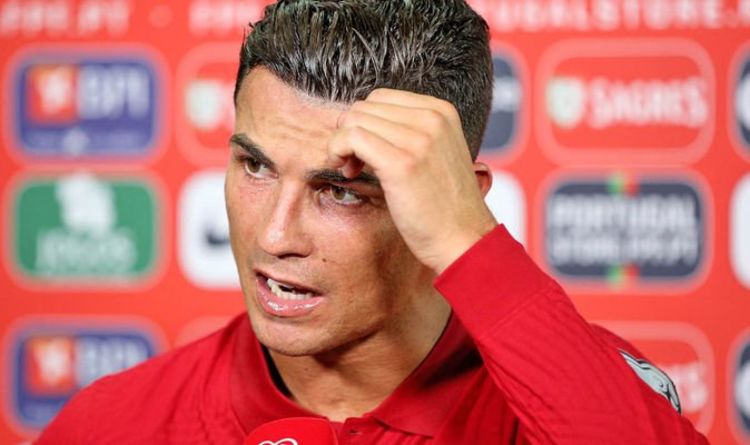 Ronaldo 'happy to be back home' at Man Utd

Cristiano Ronaldo, should he feature for Manchester United against Newcastle on Saturday, will be making just his third appearance at Old Trafford since leaving in 2009. On his most recent trip in 2019, he provided the assist as Paulo Dybala’s goal gifting Juventus victory. And, on his previous visit, he ended up memorably apologising to their supporters.

Having signed Robin van Persie from Arsenal they took control of the Premier League title race, swashbuckling their way to title triumph No 20.

They were doing well in the FA Cup, too.

And with Van Persie their undisputed talisman, they looked a good bet to win the Champions League that same year too.

When the draw for the round of 16 pitted United against Real Madrid, with the first leg at the Bernabeu, it generated mass excitement.

Not only would two giants be going at each other, but Ronaldo would also facing his old club for the first time since leaving four years previously.

In the first leg, in Spain, United drew first blood.

Danny Welbeck, who wasn’t exactly prolific during his time at Old Trafford, headed them in front at the Bernabeu to silence the home crowd.

But United were denied victory by their old No 7, with Ronaldo then heading home a terrific equaliser where he outjumped Patrice Evra.

United went ahead in the 48th minute when Sergio Ramos scored an own goal, getting Old Trafford rocking in the process.

However, Nani then received a controversial red card for a high foot in an incident that left Sir Alex Ferguson enraged on the touchline.

Madrid levelled courtesy of a sublime strike from Luka Modric, who actually endured a rough first season with Los Blancos.

And then came the cruel twist of Ronaldo scoring to eliminate his old side.

His goal, which came when he met Gonzalo Higuain’s low cross, was huge. Madrid, at the time, had gone over 10 years without winning the Champions League.

And here he was, at the scene of his first romance, knocking United out from the tie.

Given the magnitude of the goal, and the pulsating atmosphere around the ground, Ronaldo could have been forgiven for celebrating jubilantly.

However, instead, he turned around to apologise to the supporters who still sung his name – even though he’d left four years previously.

It spoke volumes about just how much he loves the club.

And it also suggested that Ronaldo would always respect United fans, no matter how devastated he left them with his departure.

And Ronaldo can’t wait to get going, insisting his decision to return to United is the right one.

“Well, as you know, I have a fantastic history with this amazing club,” he told club media last week.

“I was there at 18 years old and of course I’m so happy to be back home after 12 years.

“So I’m really glad and looking forward to start my first game.

“I think it’s the best decision that I have made it. It’s right on point in my opinion.

“I moved from Juve now to Manchester, it’s a new chapter, I’m so happy and glad, and I want to carry on again, to make history, to try to help Manchester achieve great results, to win trophies and number one of them, to win great things.”