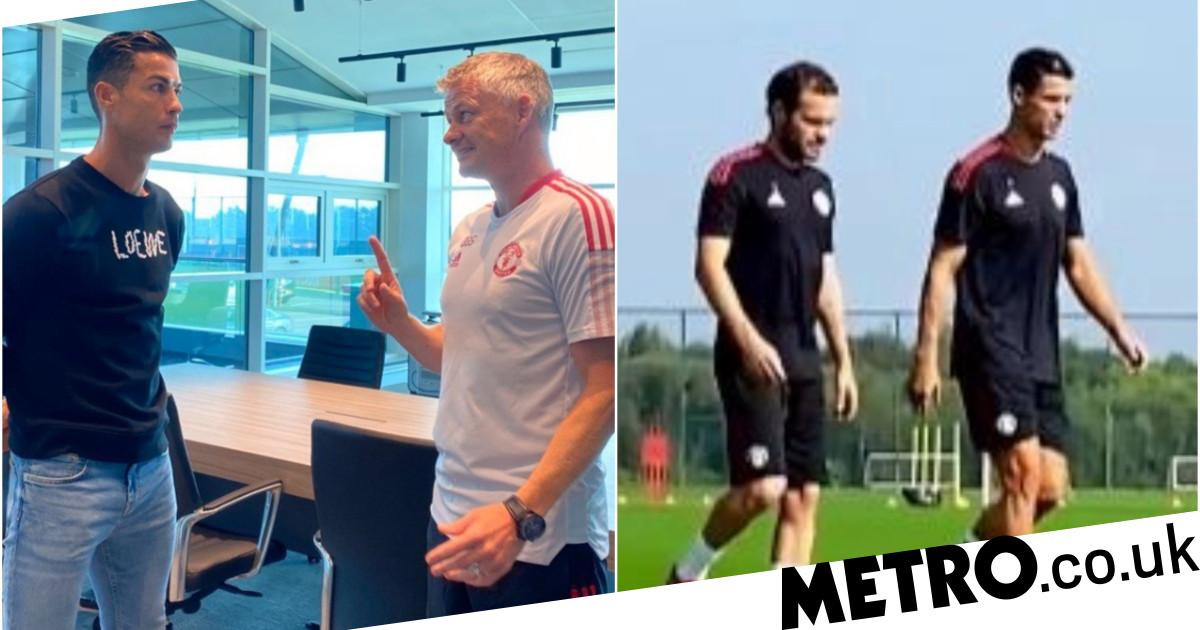 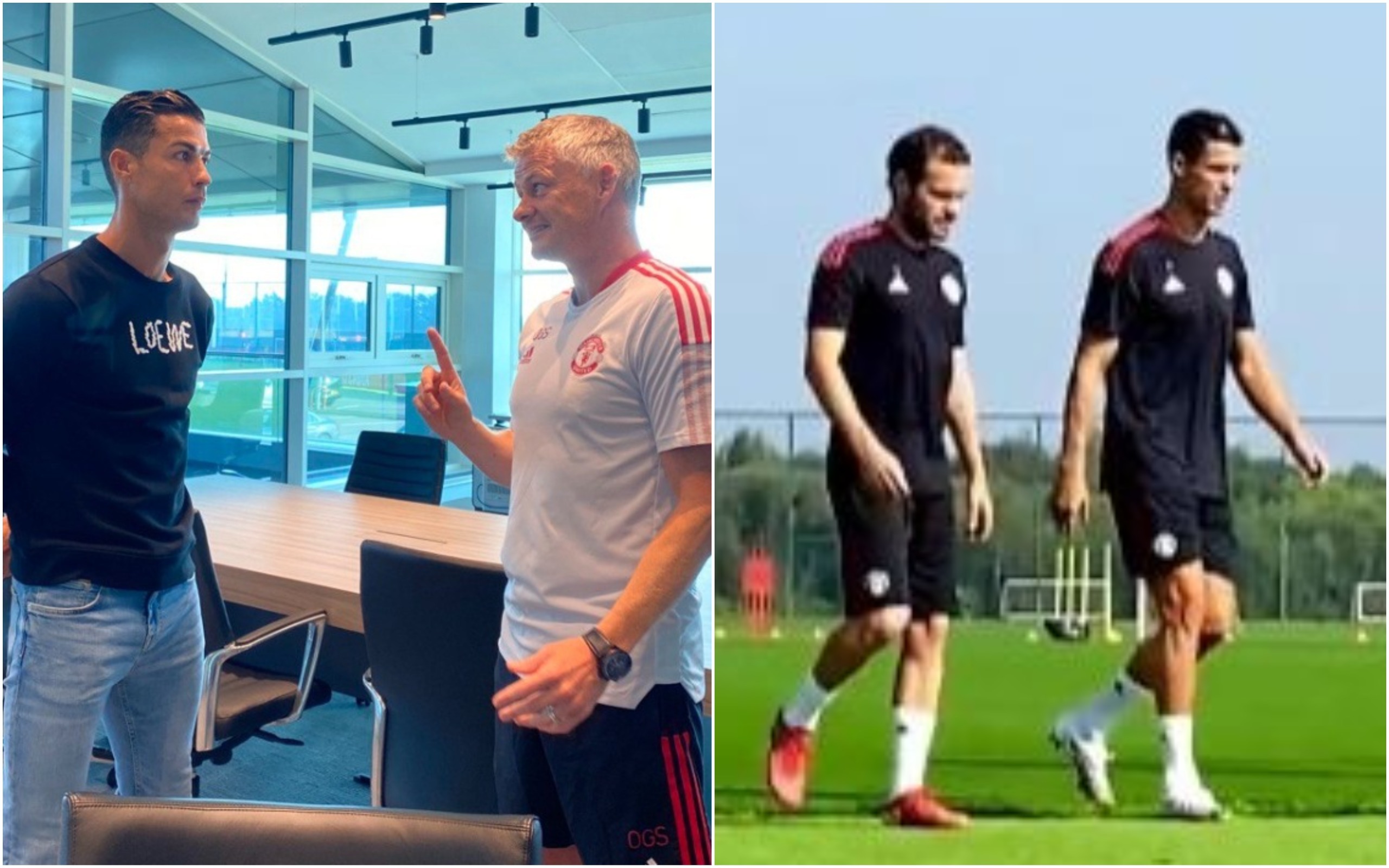 Cristiano Ronaldo was reunited with Ole Gunnar Solskjaer in his first visit back at Manchester United’s training ground and took part in a session with his new teammates on Tuesday.

The 36-year-old completed his surprise return from Juventus before the international break but has been in quarantine after arriving with his family in Manchester last Thursday.

Ronaldo made his return to United’s training base on Tuesday and met with Solskjaer, who he played alongside during his first stint at Old Trafford.

Ronaldo also met some of his new United teammates who are not representing their national sides during the international break and took part in a light session.

In a brief video released by United, Ronaldo was seen walking to the training session alongside Juan Mata.

‘Cristiano met with boss Ole Gunnar Solskjaer, his former team-mate, in the manager’s office before being introduced to the players who are currently hard at work in training,’ read a statement from United.

‘The spectacular signing from Juventus joined the session with his colleagues and wasted no time in getting acquainted with the group.’

Ronaldo is available to make his debut when the Premier League returns this weekend as United host Newcastle at Old Trafford.

‘Manchester United is a club that has always had a special place in my heart, and I have been overwhelmed by all the messages I have received since the announcement on Friday,’ Ronaldo said after completing his move back to United.

‘I cannot wait to play at Old Trafford in front of a full stadium and see all the fans again.’

United had a stellar transfer window this summer with the additions of Ronaldo, England winger Jadon Sancho from Borussia Dortmund and experienced centre-back Raphael Varane, a former teammate of the Portugal International at Real Madrid.

The Red Devils have started the season in good form with two wins and a draw from their opening three Premier League games and will be looking to build on that in the coming weeks in both the league and in Europe.

With several key players still away on international duty, Ronaldo will meet more of his new teammates in the coming days.