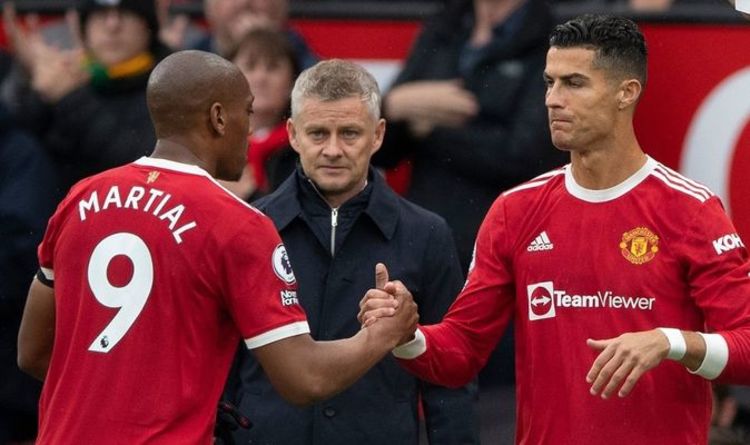 Lingard thrilled to have Ronaldo back at Man Utd

Cristiano Ronaldo may have only signed a two-year contract upon his return to Manchester United but the Portuguese icon could still end up outlasting up to seven of his current team-mates. CR7’s blockbuster return to Old Trafford earlier this summer represented a total bolt from the blue but Ole Gunnar Solskjaer is now looking to build his United team around his qualities as he goes in search of major trophies.

Making Ronaldo the club’s top-earner did not represent much of a risk for United despite his age due to his pristine physical condition that could help him play on well into his 40s.

But for now, United only wanted to hand Ronaldo an initial two-year deal, although his contract situation will undoubtedly be revisited next season.

Yet even if Ronaldo only spends two seasons back on English soil, there is still a strong chance he could outlast a whole host of current United stars, who are facing an uncertain future at the club.

For starters, Juan Mata is almost a certainty to depart at the end of the season after signing a series of one-year contract extensions.

The Spaniard is a favourite of Solskjaer’s despite rarely calling upon the veteran, who signed for the club from Chelsea under David Moyes.

He is not the only player out of contract at the end of the season though.

Jesse Lingard’s deal is also up and the club are yet to reach an agreement over a contract extension.

Newcastle are understood to be keen on the England international, who thrived on loan at West Ham last season.

Edinson Cavani is also expected to depart on a free transfer at the end of the campaign after being persuaded to stay for one more year at the end of last season.

The arrival of Ronaldo – who was kindly handed the No 7 shirt by Cavani – has meant El Matador’s game time has become limited this season.

That only increases the chances of the Uruguayan finally waving goodbye to Europe in 2022 after an illustrious career that has also included bundles of goals with Palermo, Napoli and Paris Saint-Germain.

Donny van de Beek also looks certain to leave United with his situation yet to improve.

The Dutchman has barely featured since arriving from Ajax in 2020 despite publicly declaring his frustration on more than one occasion.

Solskjaer blocked Van de Beek from joining Everton on deadline day but now it seems he’s unlikely to stand in his way if another opportunity to depart arises and the midfielder wants out.

Elsewhere, defender Eric Bailly may have only just signed a contract extension but opportunities have been few and far between following the signing of Raphael Varane.

Much like Lingard, Newcastle have been linked with the Ivorian defender, who has also attracted interest from AC Milan.

Anthony Martial’s long-term future at United also remains up in the air despite his goal against Everton.

The forward has fallen way down the attacking pecking order and fans have grown tired of his lack of consistency.

If a suitable offer arrives in the upcoming transfer windows, United could finally look to cash in.

Finally, Phil Jones could be heading for the exit door with the defender unlikely to play anytime soon.

He was handed a new deal by United in 2019 but his time at the club looks all but over with opportunities virtually non-existent.

While all of the above departures are no formality, Ronaldo’s professionalism, class and durability are likely to see him outlast a considerable percentage of the current United squad…