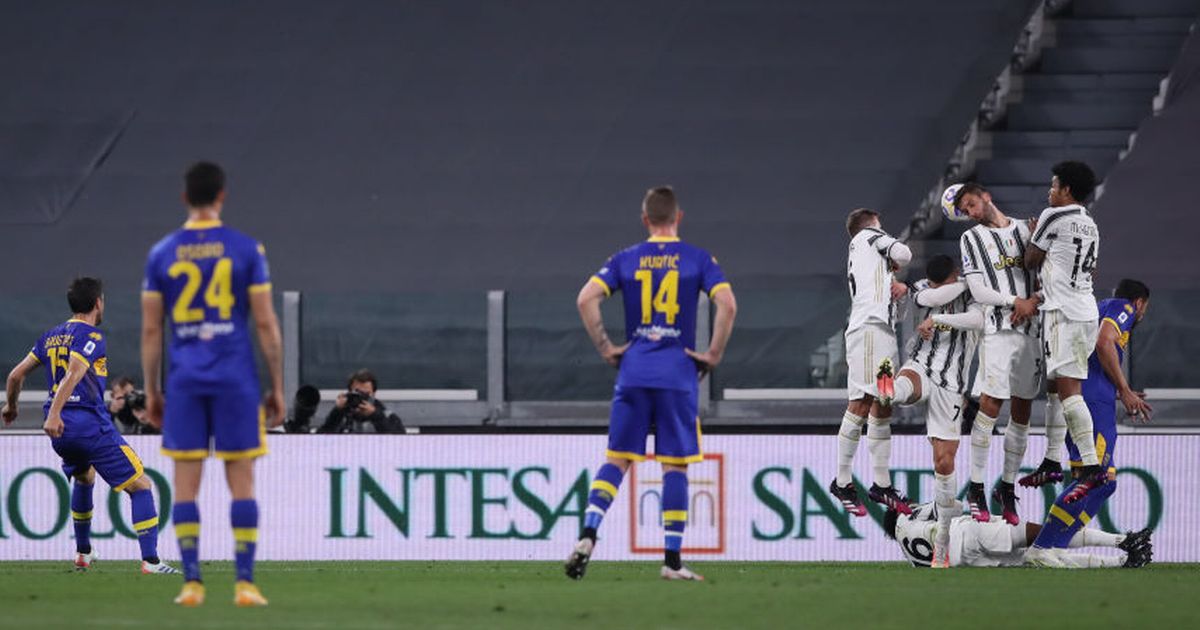 Cristiano Ronaldo has been blamed for Parma’s opening goal against Juventus with the Portuguese star cowering while in a wall.

Gaston Brugman netted a wonderful free-kick to put Parma ahead in the Serie A clash, though it perhaps should have been stopped.

While the rest of the Juventus wall jumped, Ronaldo was left covering his face and just hanging a leg out.

And a second viewing shows the ball passing just above Ronaldo’s head, with the former Real Madrid star criticised.

One wrote on social media: “Once again ridiculous Cristiano Ronaldo positioning in the wall against freekick, letting in goal to Parma for being the only one not jumping. “Just don’t place him there anymore if he is too worried about his cute mug.”

It’s not the first time Ronaldo has been left grounded for a decisive set-piece.

He was slammed as Juve were dumped out of the Champions League by Porto earlier this season, turning his back in the wall as Sergio Oliveira's extra-time free-kick went between his legs.

And fans have called for Ronaldo to be taken out of the wall in future following his attempt against Porto.

One put: “I blame Pirlo for continuing to let Ronaldo be part of the wall for a free kick. He clearly cares way too much about his face to be in that position.“

While another commented: “Ronaldo is the GOAT. But he's definitely not good at being in free kick walls.”

And a third wrote: “Ronaldo should stop standing in wall when he can’t defend.”